Ever humble, Mané is the first to congratulate his teammates and the last to take credit for himself. Here’s his sideline interview after the game, partially transcribed.

“What a game, I have to say. I’m really happy and proud of the boys.”

That’s forward Sadio Mané, speaking to the media on the sidelines after collecting a brace in Bayern Munich’s comprehensive 7-0 display against VfL Bochum this past Sunday. Ever low key and team-oriented, Mané is already embodying everything Mia san Mia on and off the pitch for the German record champions — scoring goals while sharing in the glories, and not getting too far ahead of himself.

You can watch the full video interview here on ESPN FC; we’ve transcribed most of it below for those who’d rather read:

On his disallowed goal: 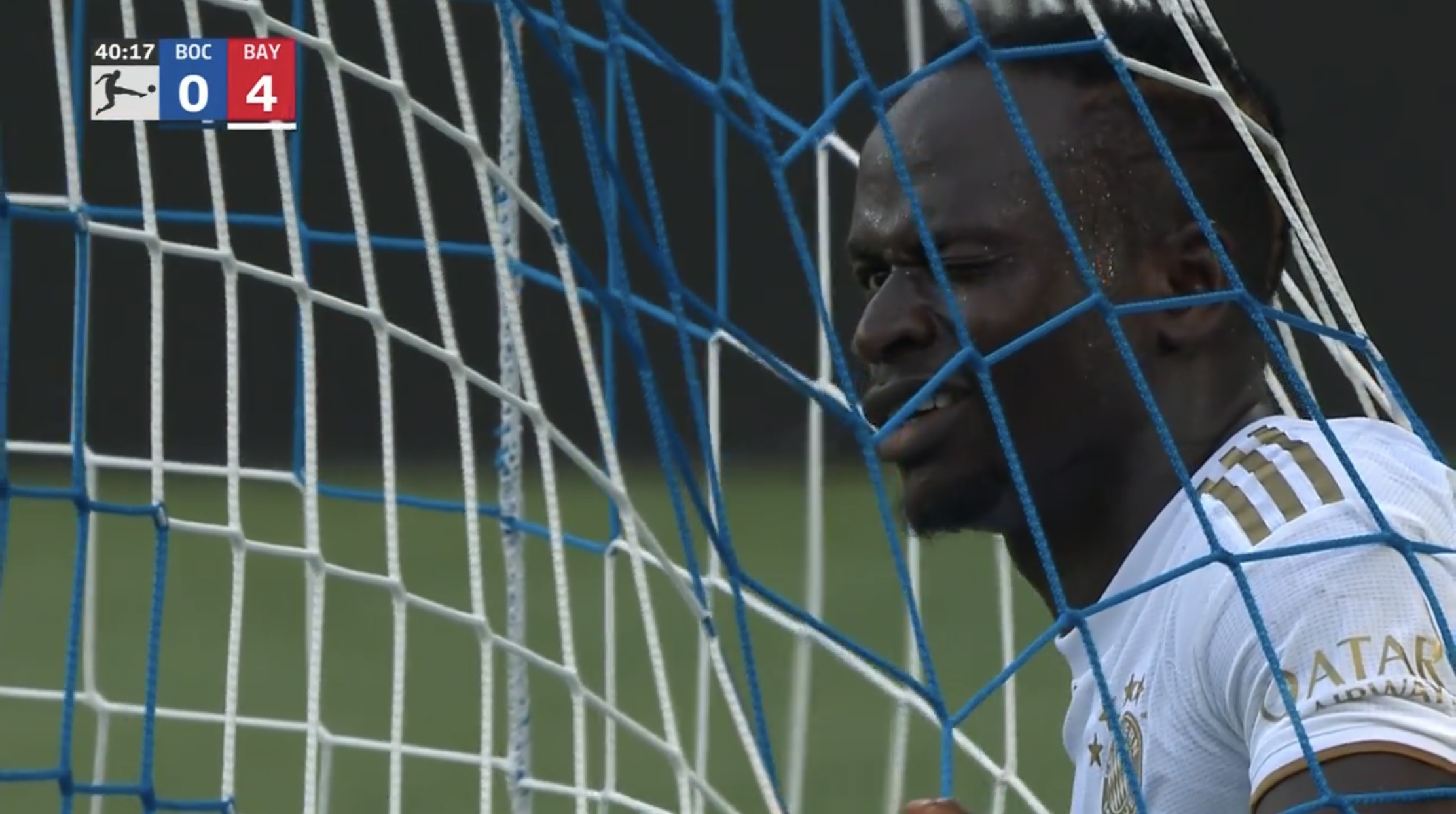 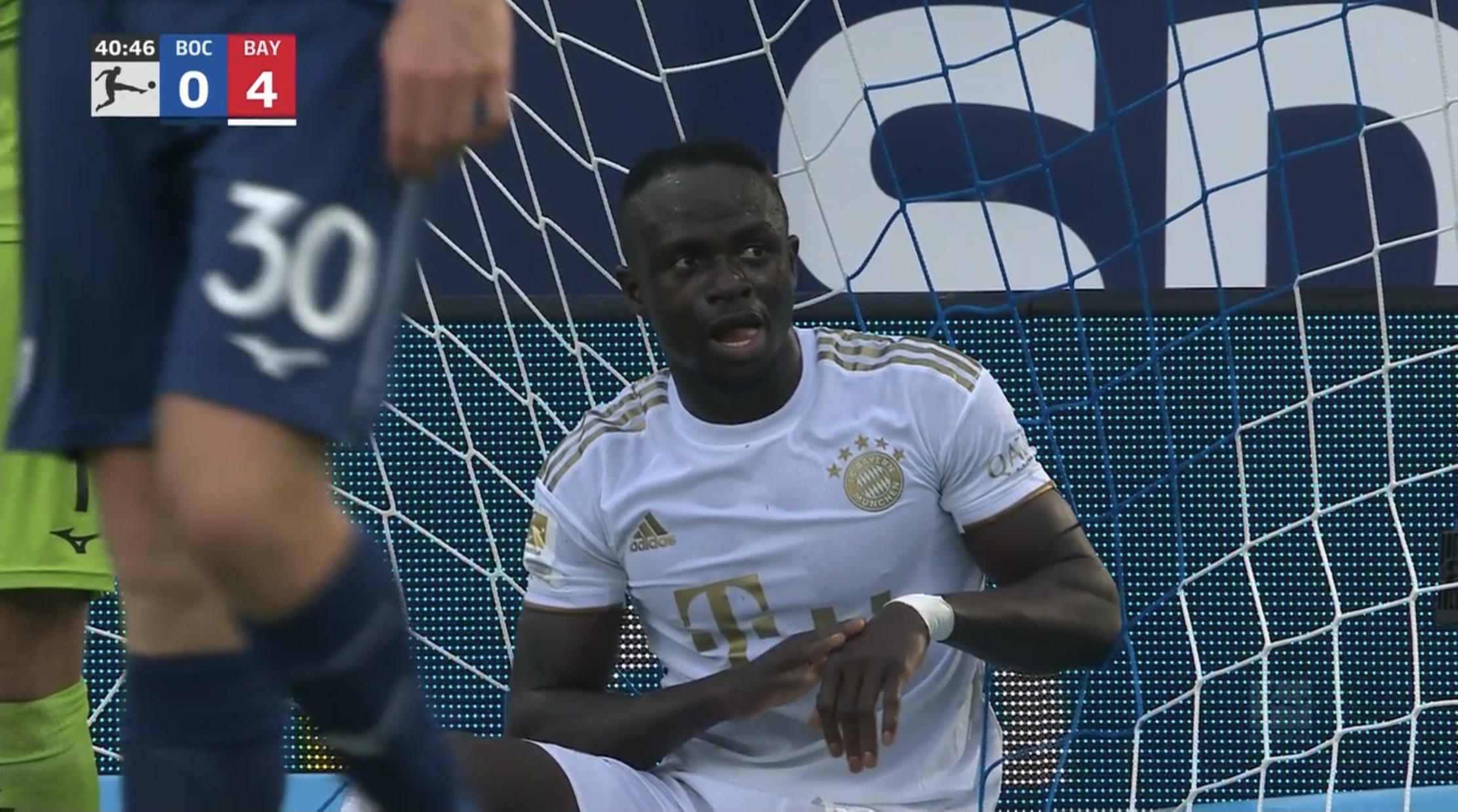 A smile, a tap on his arm, and a wink to let his teammates know it wasn’t going to count | ESPN

We love an honest guy! Mané’s sheepish grin and wink said it all. We’ll have to double check the replay — I thought the gesture was at his teammate — but ESPN FC reported that the wink was for the linesman. The goal, initially ruled good, was overturned by VAR.

On his make-up goal soon after:

“Of course when Kingsley had the ball with [the] counter-attack, I knew that I would get a goal, because we train every day together and I know him very well.

For me, it was a very easy goal, because the pass was for me, the more difficult. So me I’m just lucky, and scored a goal!”

The end product may have been a matter of course, but that fight-back spirit after having one disallowed just moments prior — in a game where one may have been forgiven for starting to coast, or look forward to half-time — shows what he’s all about.

On taking the penalties for Bayern after never having scored one in the Premier League:

“Everything [is] new. I come to [a] new league, I’m shooting the penalties so I’m really happy, and hopefully I’m gonna score more penalties for the team.”

Mané, of course, did not take penalties at Liverpool — his only PK attempt during his time in the Premier League came for Southampton, against Liverpool, on which occasion he was denied. But at Bayern, he’s Robert Lewandowski’s heir apparent in this regard.

“Just unbelievable, but it’s not surprise for me. The way we train I think is high, high, high level...the intensity we put in the training, everything we do with intensity, I think it pays off...I think we have a very very good coach, the ideas he has is very incredible, so it’s very difficult for the other teams to cope with us.”

Unlike some of the other newcomers to the squad in this transfer window, Mané has trained for years under Jürgen Klopp — and likely knows a thing or two about intensity. Perhaps that experience is a key factor in his instant acclimation in Bavaria.

On the upcoming test against Borussia Mönchengladbach:

“Of course I know a little bit about [Gladbach]. Very good team...[in the] last years, they’ve been playing Champions League. I know how difficult it is to play against them, but we’re going to start the game like we did today. Even though we know it’s a different opponent — but we are Bayern, so hopefully we’re gonna do our best to win the game and make our fans proud.”

Bayern face Gladbach this Saturday at home, with kickoff at 12:30pm ET. See you all here!