Skip to main content
Reminder Our Weekend Warm-up Podcast is live and also has the Preview of Bayern Munich va. Wolfsburg included! Click to listen to it on Spotify!

Manuel Neuer is the most unique goalkeeper world football has seen to date, and it is only fitting that his diet is just as unique. The secret ingredient? Risk.

In Bayern Munich’s 7-0 win over VfL Bochum over the weekend, Neuer showed off his new diet plan to everyone like a 22 year old on Instagram 3 weeks into a keto diet, eating a banana in the middle of the match offered to him by a substitute (or maybe he asked for it and the substitute was merely a courier?). 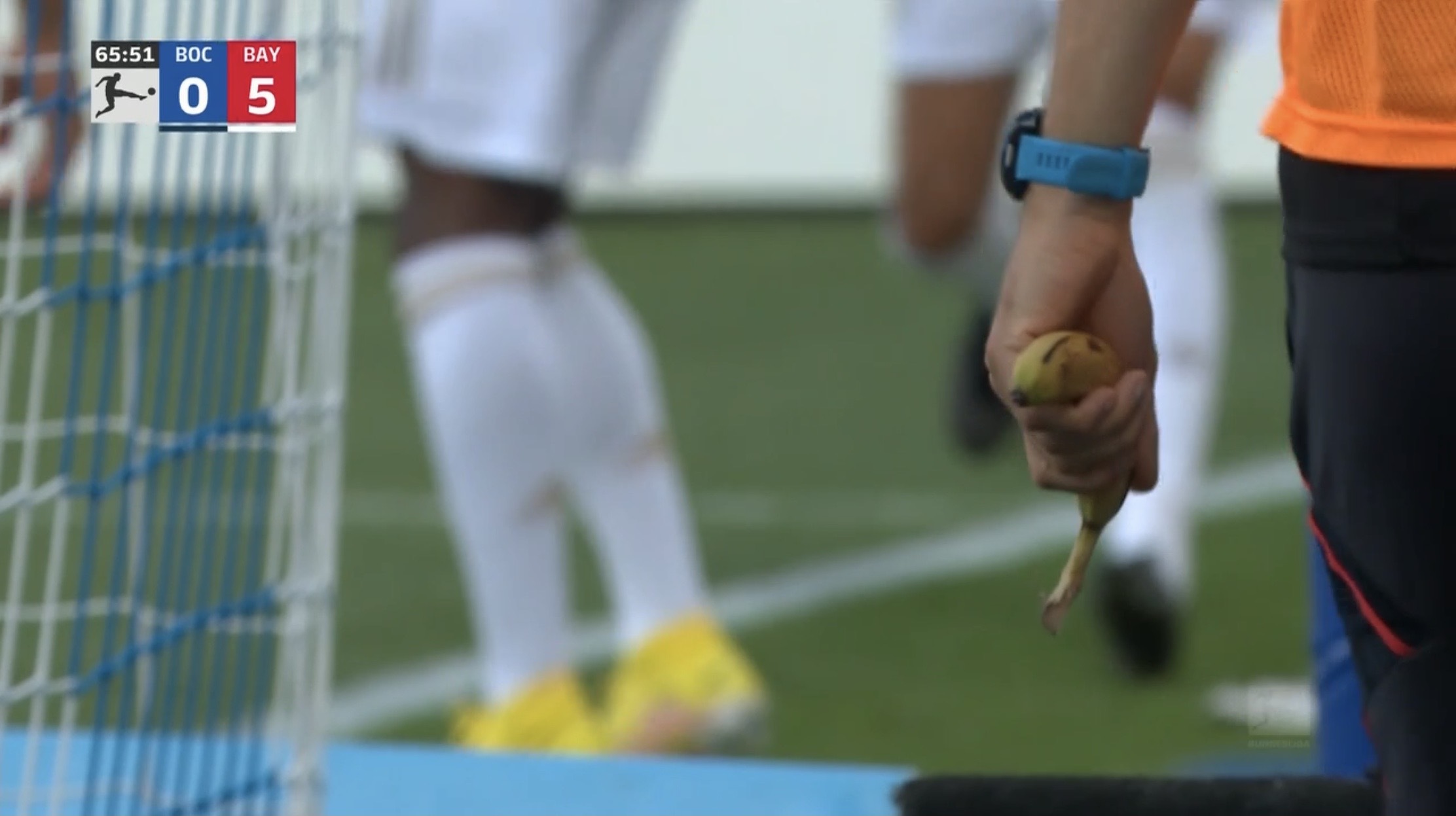 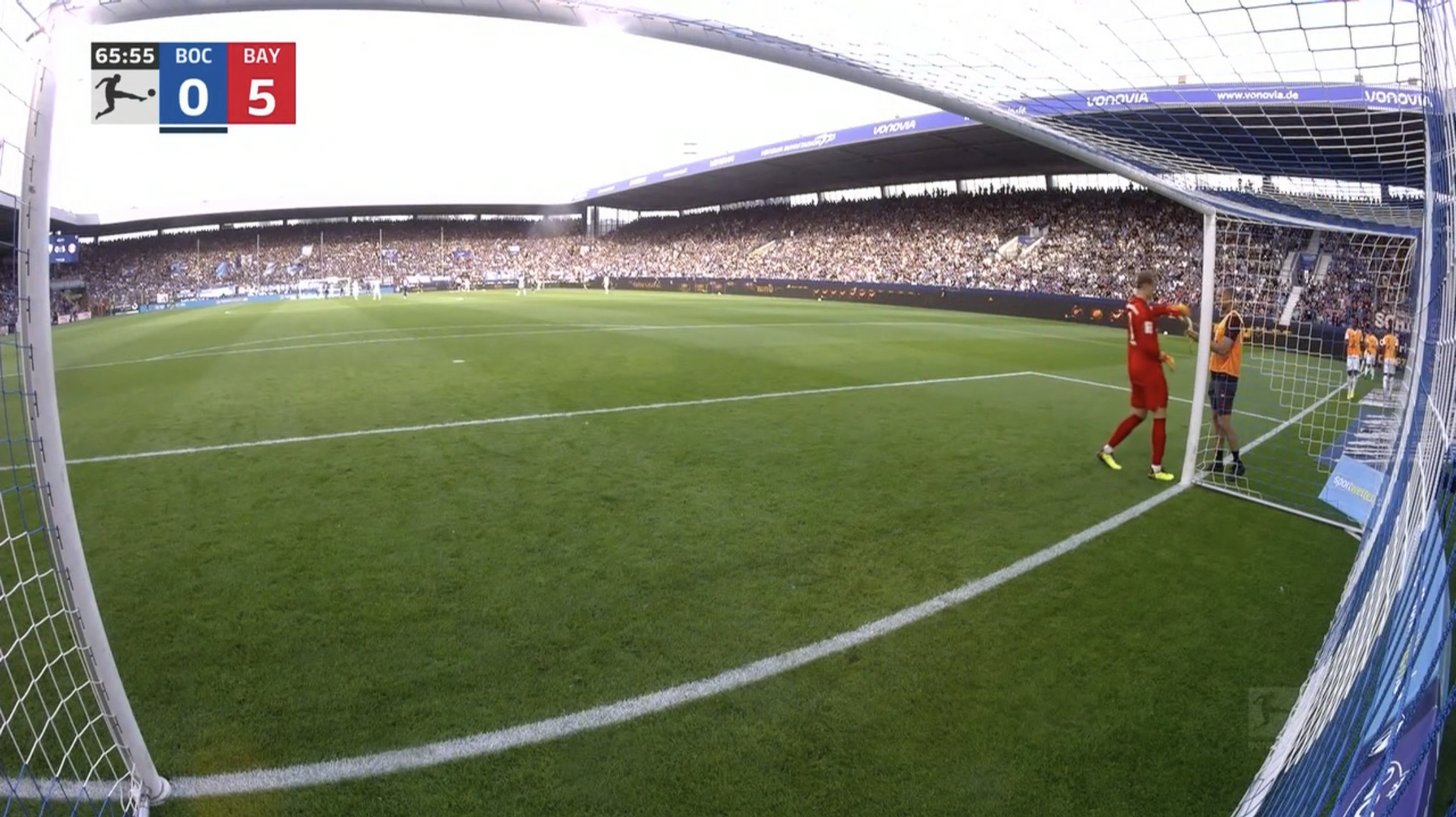 For the unfamiliar, a banana is a food that is produced by trees known as banana trees. It is actually biologically classified as a berry due to it having soft skin and small seeds rather than the prominent seeds present in fruits such as watermelons or apples. Rather confusingly, the title of berry is bestowed upon bananas but not upon strawberries or raspberries due to these foods not meeting the requirements outlined for berries. However, do not let the banana’s status as a berry and not a fruit lessen your respect for the banana. I believe it was the incredibly serious and philosophically rich author Douglas Adams who once wrote, “Isn’t it enough to see that a banana is beautiful without having to believe that there are seeds at the bottom of it too?”

Bananas were first grown in the form of plantations in the Malay archipelago approximately 8000-6000 years BC. Due to the presence of many isolated tribes as trans-island travel was practically impossible, these banana species were very diverse before eventually coming into contact with each other and hybridising. These hybrid species would continue to develop throughout Southeast Asia before being introduced to the east African coast and the Indian subcontinent through trading as technology progressed and allowed for naval travel. It is thought that bananas would begin to be grown in the Arabian peninsula around the dawn of Islam. Arabia being a trade centre would very quickly spread the banana first throughout the Mediterranean coast — specifically the Iberian peninsula — before the banana would become more commonplace in the European continent as a whole. From Iberia, it would find its way into Brazil and the Caribbean through Portuguese colonists, eventually becoming a widespread item in the mainland of North America multiple centuries later after the American Civil War. In the Caribbean however, it was a staple of the economy and continues to be so today as the majority of banana cultivation in the modern world still occurs in this area.

The European branch of bananas would be relatively quiet but one banana would eventually find its way into the digestive track of a specimen of German origin that lies somewhere between the classification of human and goat. We are referring of course to one Manuel Neuer.

Now, I am quite partial to a banana every now and then, electing usually to consume one patiently or to grind it into a milkshake, but clearly Neuer likes his bananas shoved quickly down his throat in a tense situation. While I do believe the method of consumption of bananas is a topic to which there is no real correct answer, our resident GOATkeeper’s choice is one that will raise eyebrows both amongst laymen such as Paris Saint-Germain fans as well as the finest of the world’s banana connoisseurs such as yours truly.

What is your favourite method of consuming bananas? Let a world-renowned banana expert judge your choices in the discussion below.