Someone said that BFW will be turning 10 this year, and when I looked at my profile, it showed that I became a part of this community 2 years to the day. So I decided to put down here what happened in those two years.

My journey at BFW started around 2017, when the infamous "Anderlecht fleecing" was fresh in everyone's minds. I started to visit the site from time to time, and I kept this up for almost 3 years.

It was March 22, 2020, one week into lockdown, and like Chelsea's players on longer contracts, we couldn't get out of our place. I was messing about on my devices, bored as hell and, after setting up my Reddit account and having visitied the site for the last 2-3 years, I decided to become a full time member. My first comment was on skyfire322's article titled "Bayern Munich -- When and Why?", and here it is in its entirety:

Oh man, where do I begin? My dad loved things from Germany, as he had owned stuff like that during his childhood. He was already a fan of football, so football + Germany = Bayern Munich (obviously, because BVB equals syntax error). When they won everything in 2012-2013, we got hooked, just in time for the 2014 World Cup too. That fueled me and my sibling to play football. My sib plays a lot like Thomas Müller, and I played as a defender from 2014-2016. I was a solid rock in defence, until OSD (Osgood-Schlatter Disease, wherein a bump forms on your knee. Nothing too serious) screwed things up. My knee would hurt when stressed. Insert FIFA Mobile, that’s where I’ve played football since.

The first person to reply was Fergus25 himself, and I replied to his reply. After that, I really hadn't commented that much, so it was a shame that I wasn't able to celebrate our run in Lisbon with you guys. It wasn't until September, when I really became more active.

guess you could say that bvb are falling out of "favre" with their manager?

anyone? just me? okay…

we simply cannot let barcelona beat us to another deal

...and it still applies today.

You might also know my puns and funny comments (it's poetic that Fergus was the first one to reply when I began my stint here). Some of them include:

bayern is the place to go

since this house is in the (Man) City, likely

I wonder who will (Haa)land Erling in the future?

of horse he likes horses

because without muller, our team is very un-"stable". straight from the horse’s mouth, eh?

if he scored his third of the day, it's Czechmate

Scotland felt that they were Robbo a penalty

when the Scots lost they said: Jesus Christie

Werner grabbed ketchup instead of spaghetti sauce. In simpler terms, he missed it. 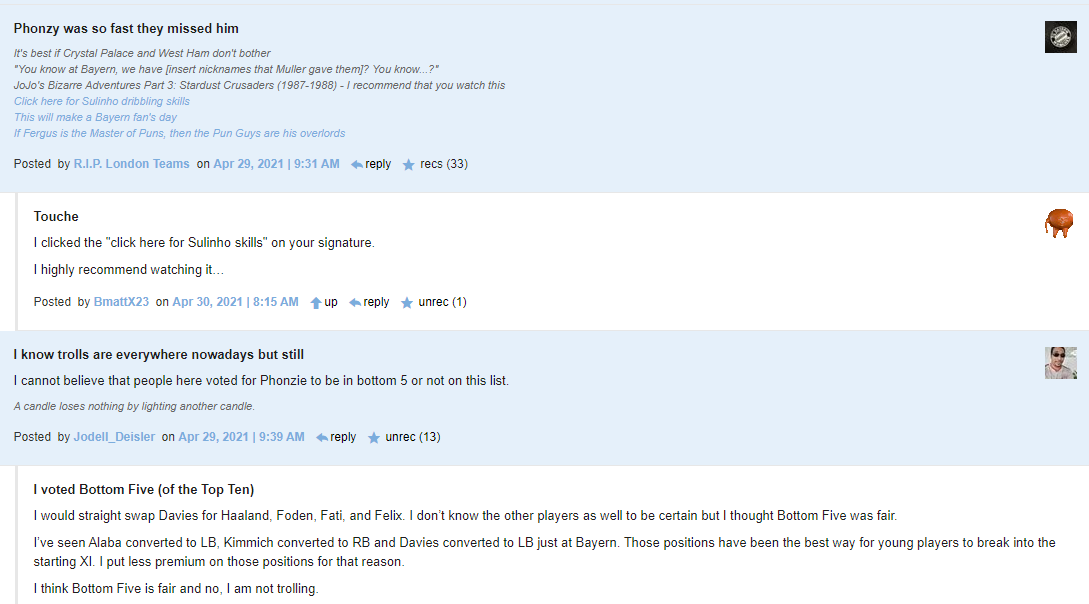 Now to end this rather lengthy article (I apologize), here are some pictures of my comments and others' that are either funny, speak the truth, and more. I can guarantee that I have missed some others, but being the lazy lump that I am, I'll allow it.

Some bits of BB's meltdown after we smash Barca 8-2. So watch it, drink it in: 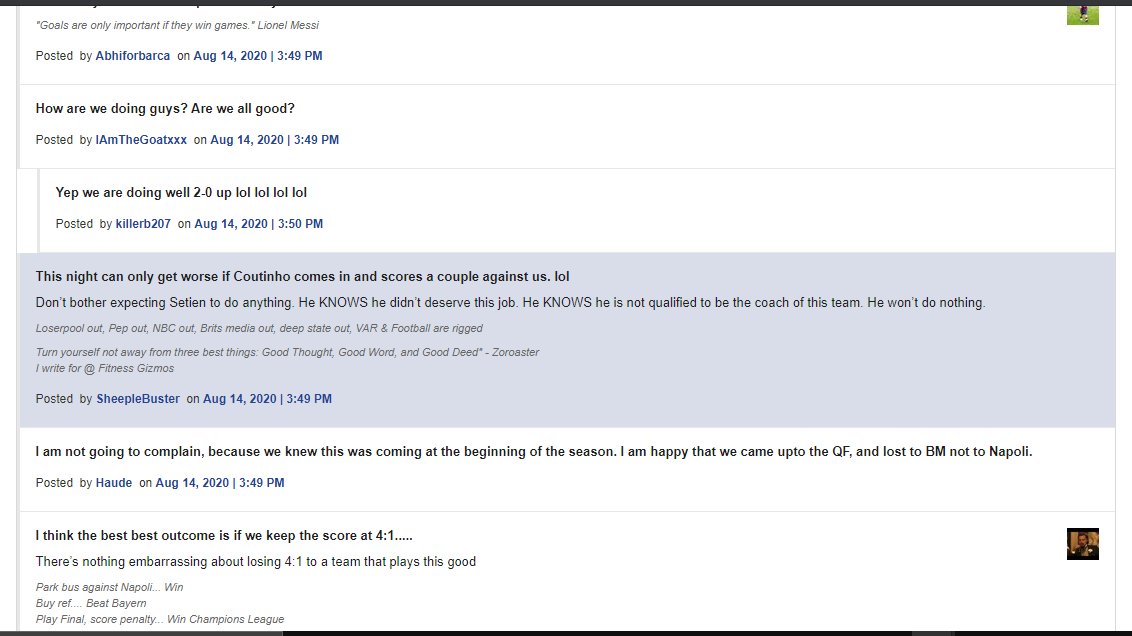 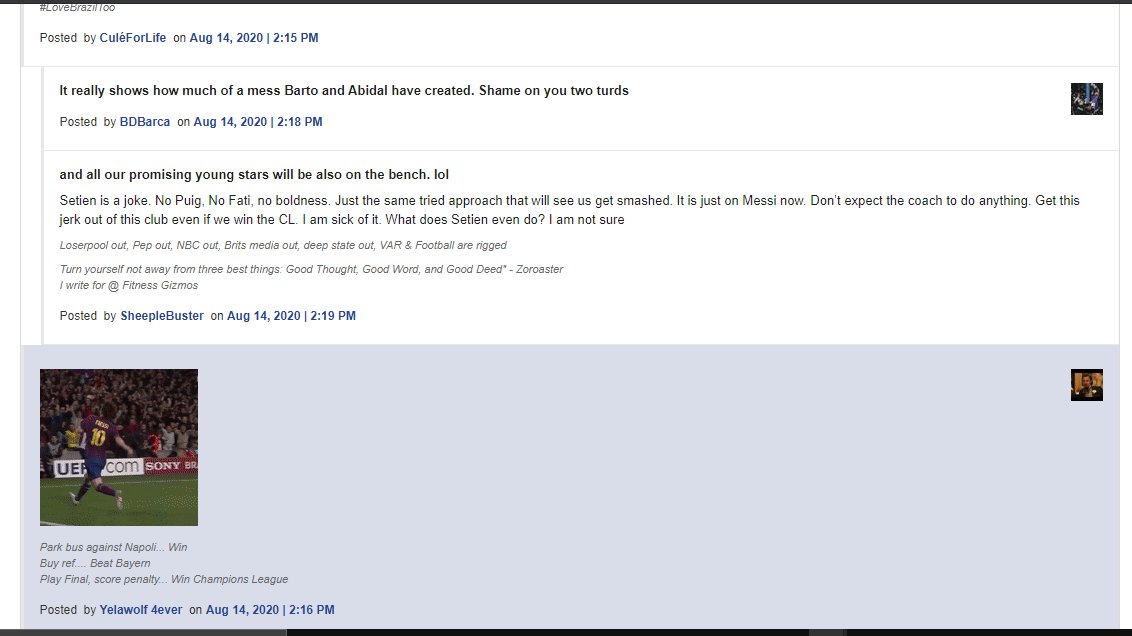 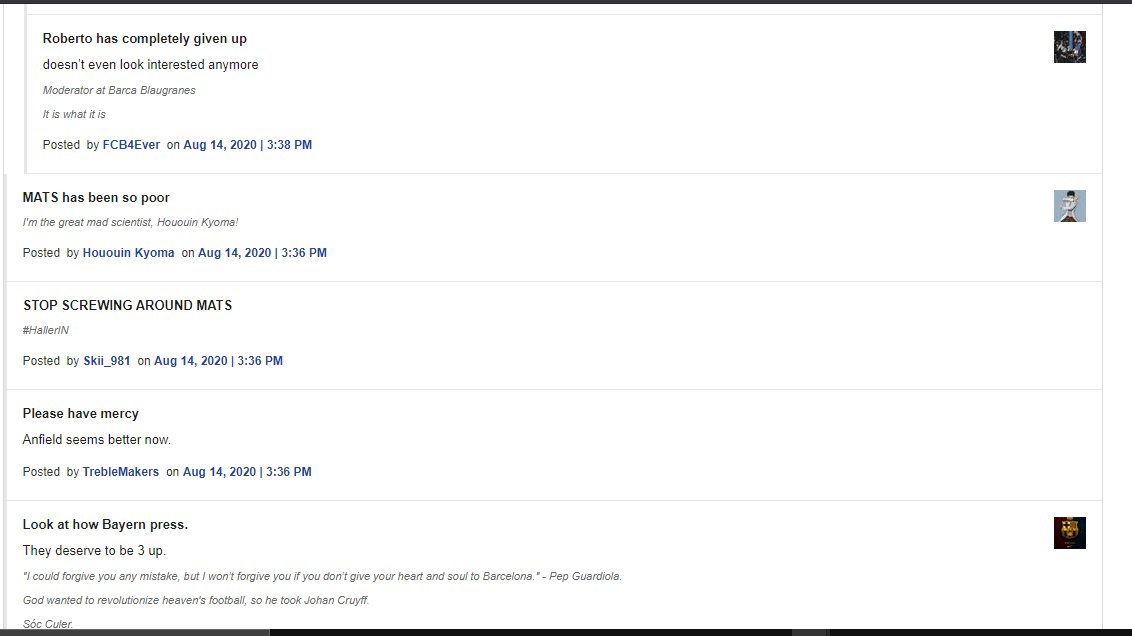 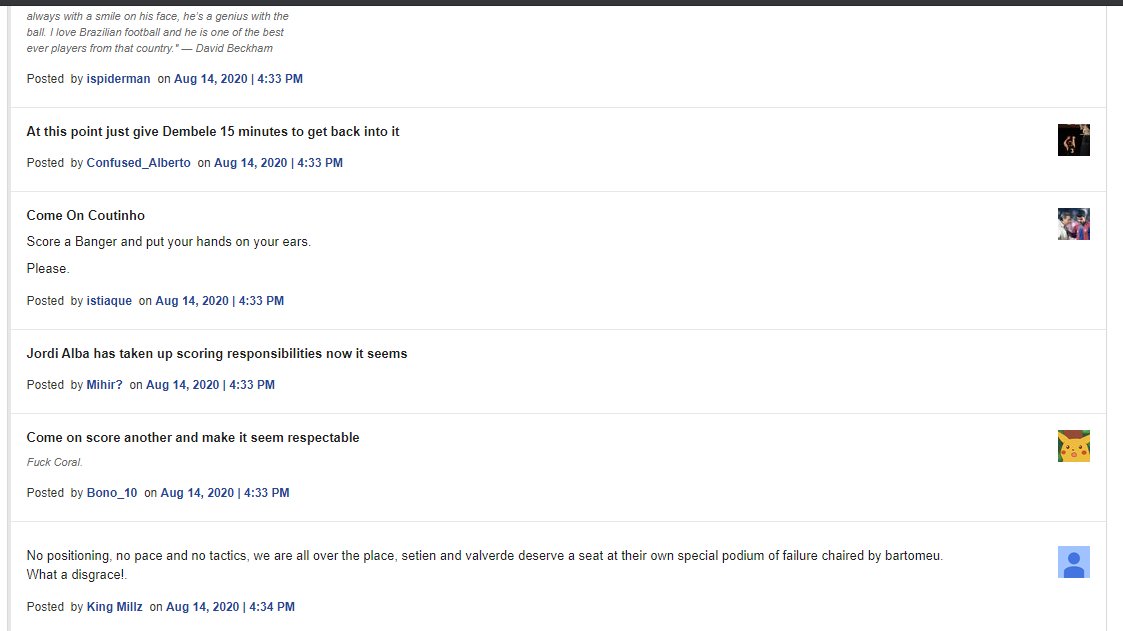 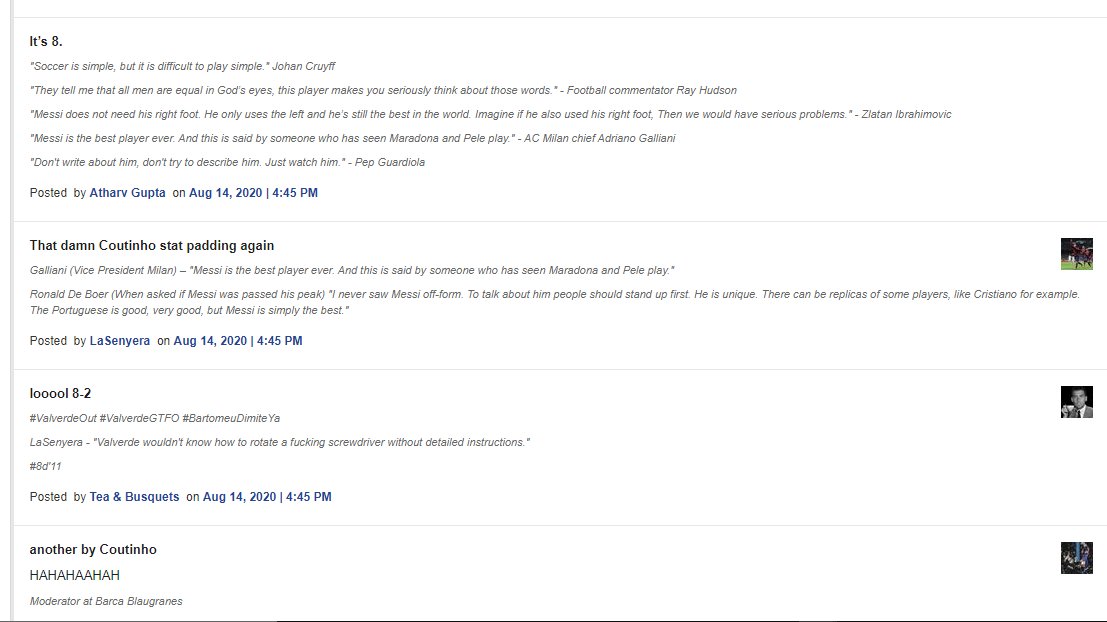 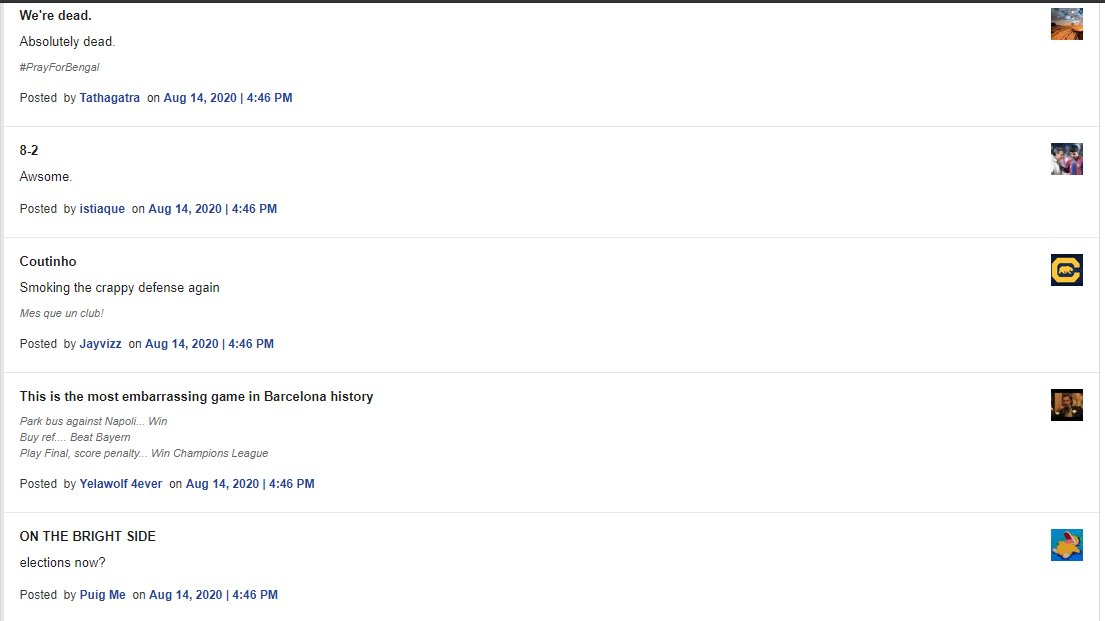 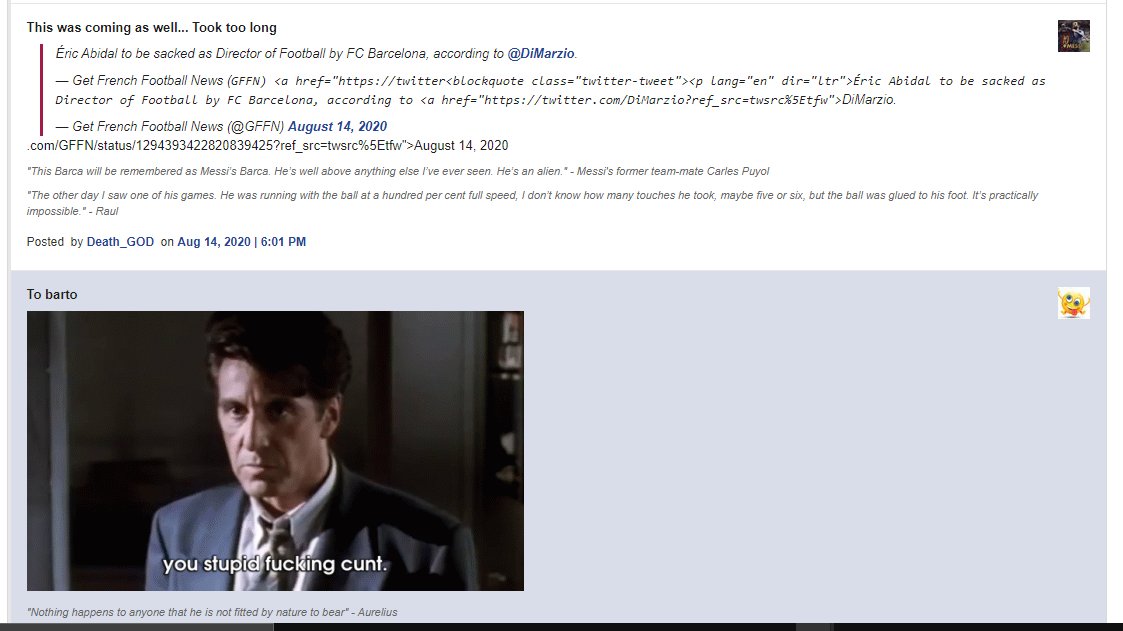 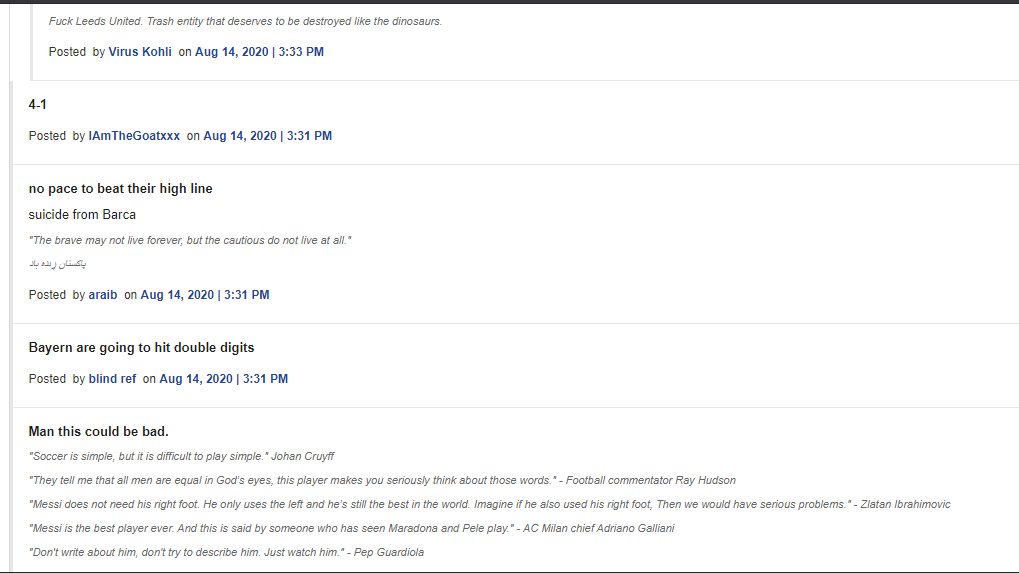 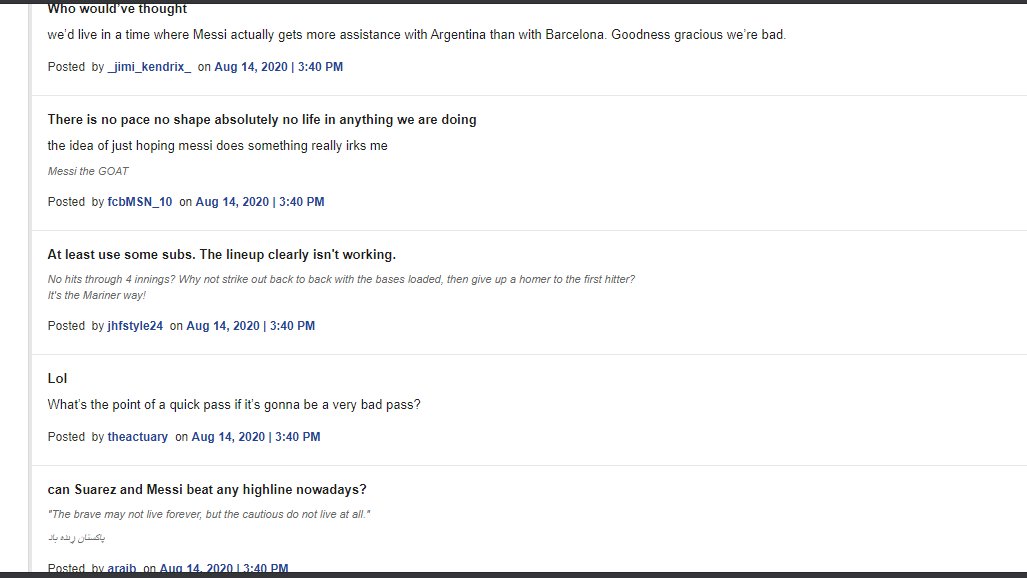 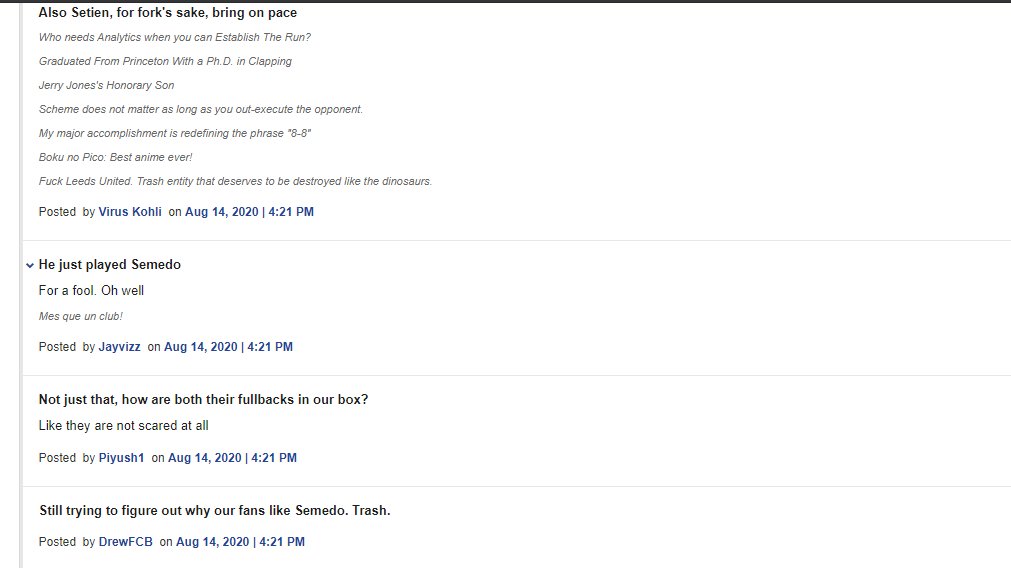 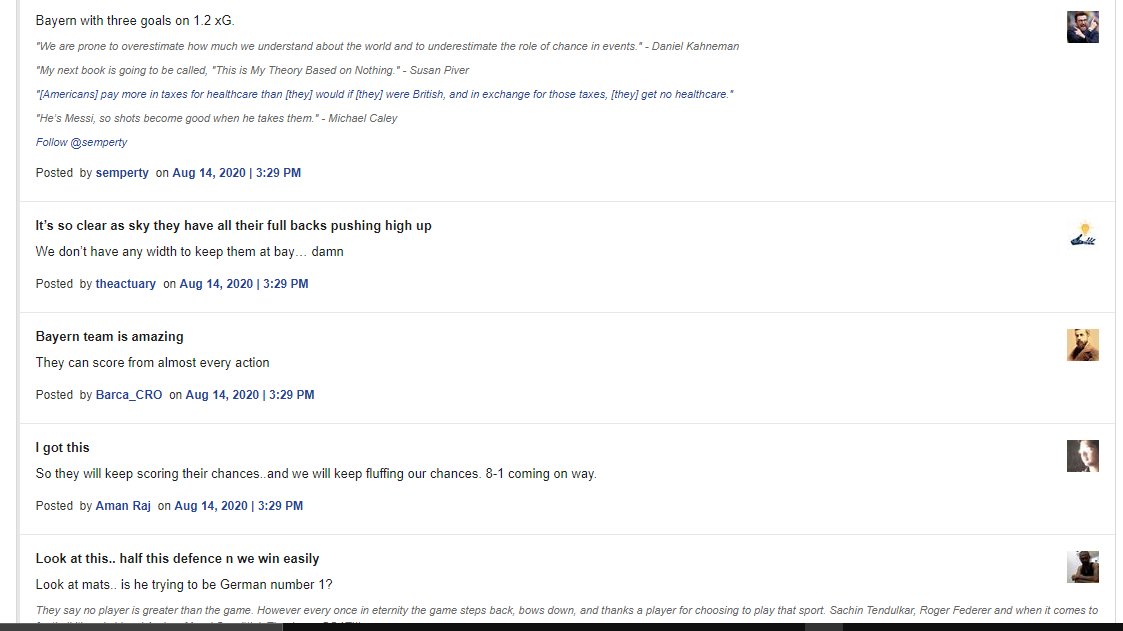 How Low would've messed the team up as a parting gift 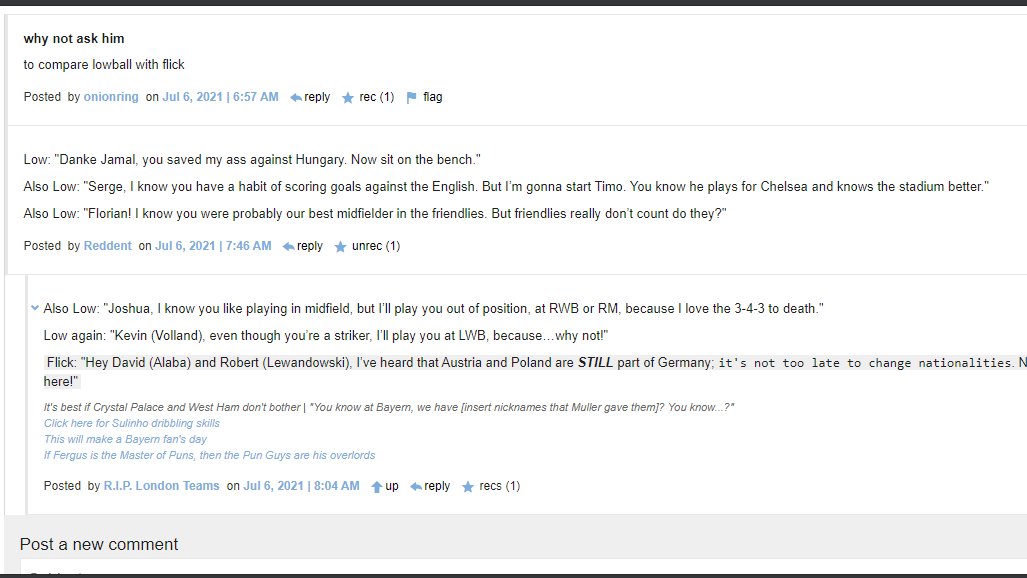 Scotland weren't too happy at the end of the day 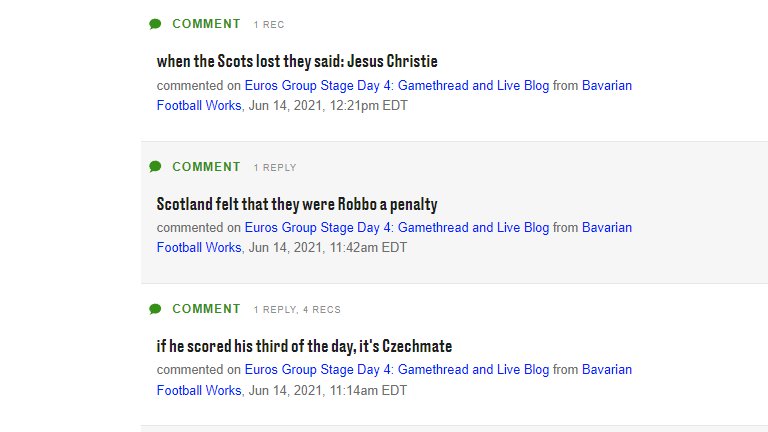 For some reason, this struck me as funny. At least you have Sony now. 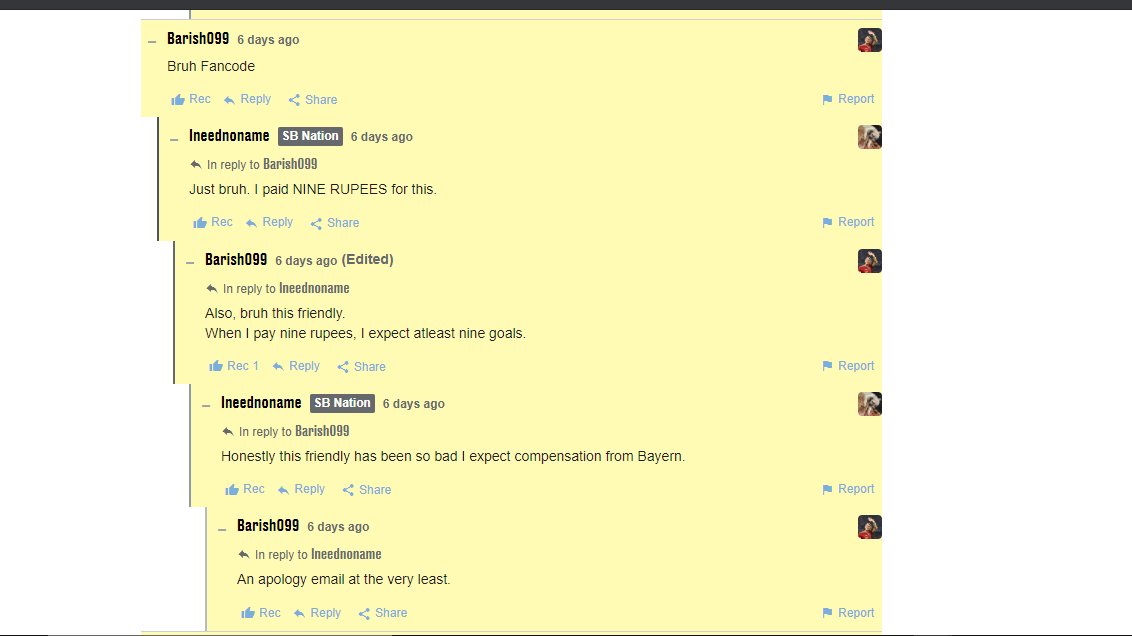 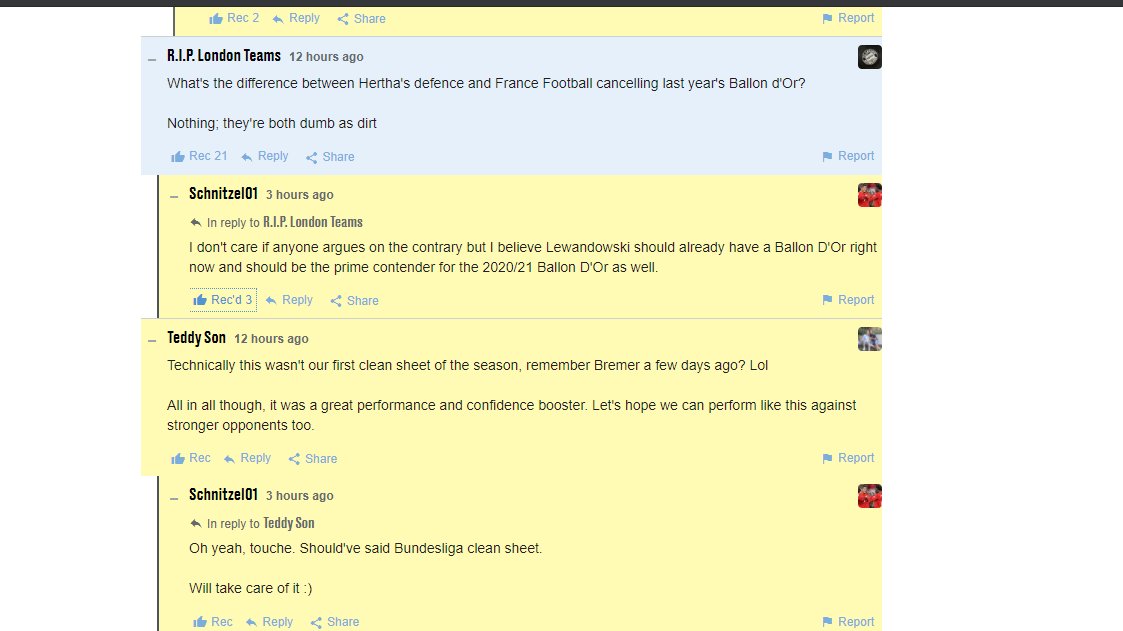 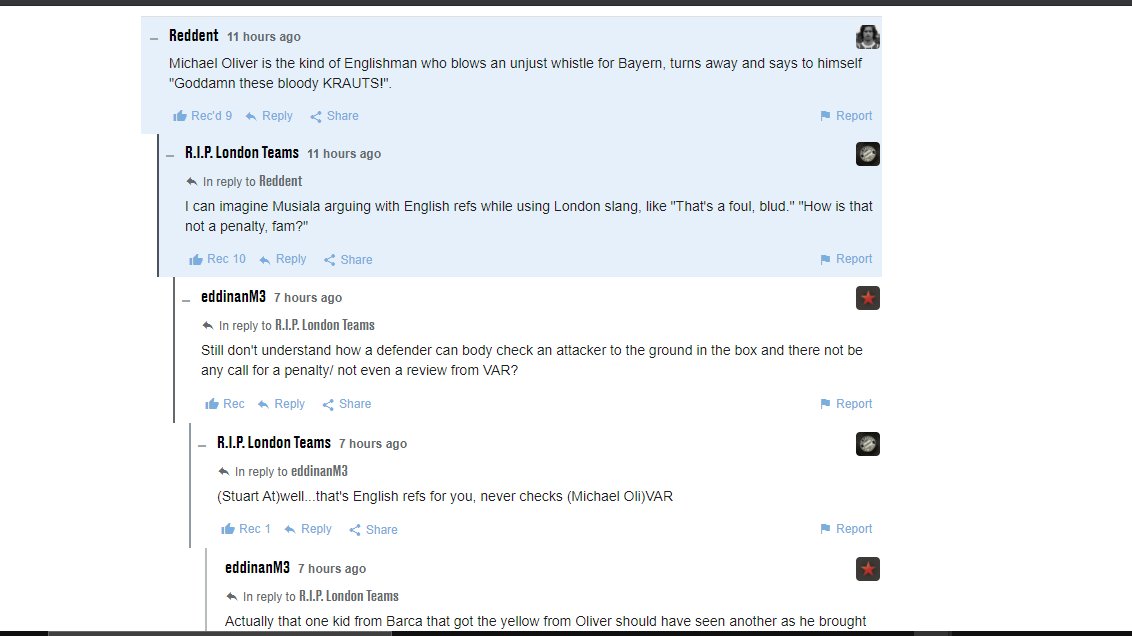 Typical English refs, but it was fun smashing Barca again 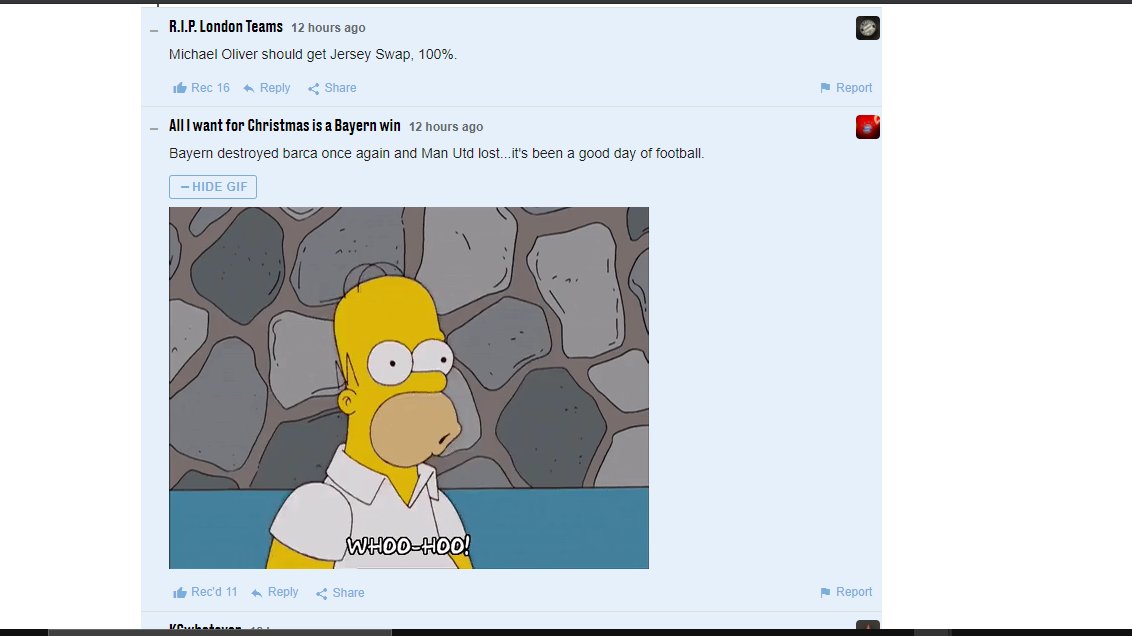 Real will get their long overdue ass kicking, mark my words 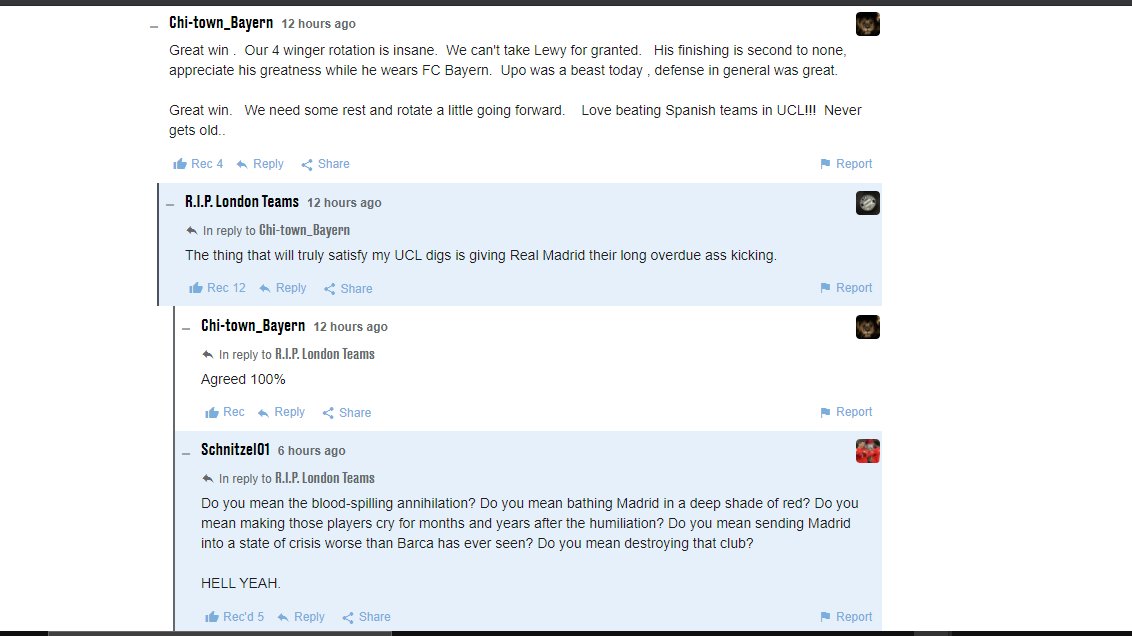 I don't think I said that Lewy was the best 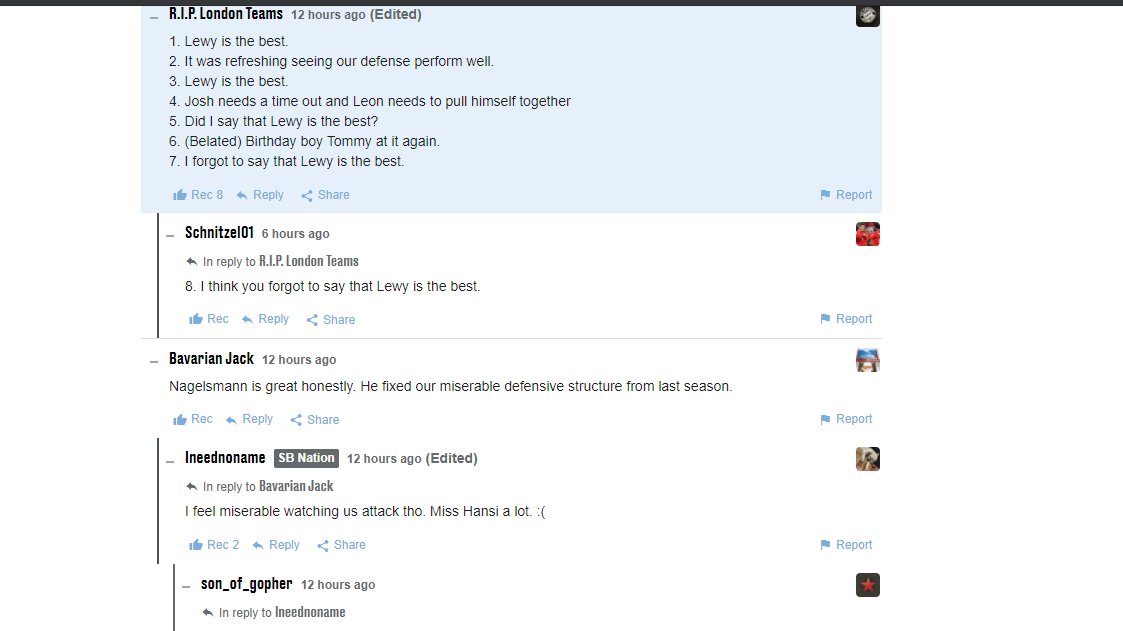 Weird seeing Josh getting subbed, though INNN recently reminded everyone what happened after 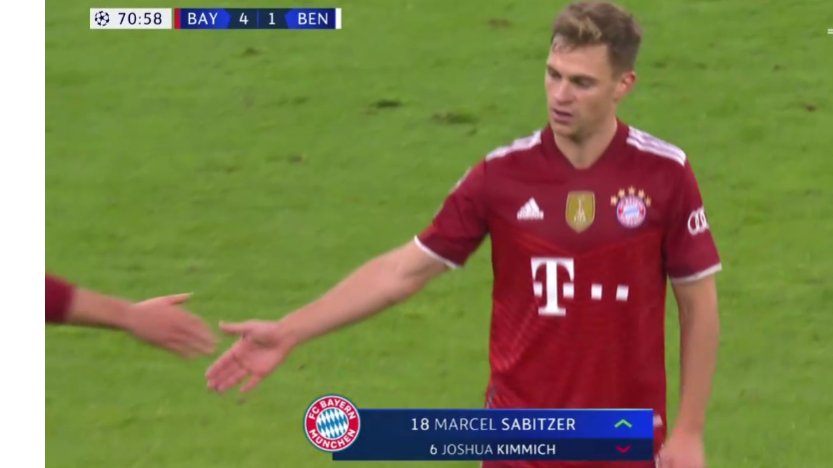 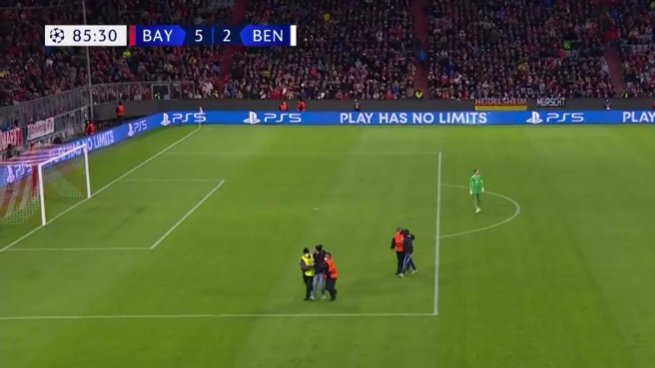 I still can't believe that I rec'd my own comment 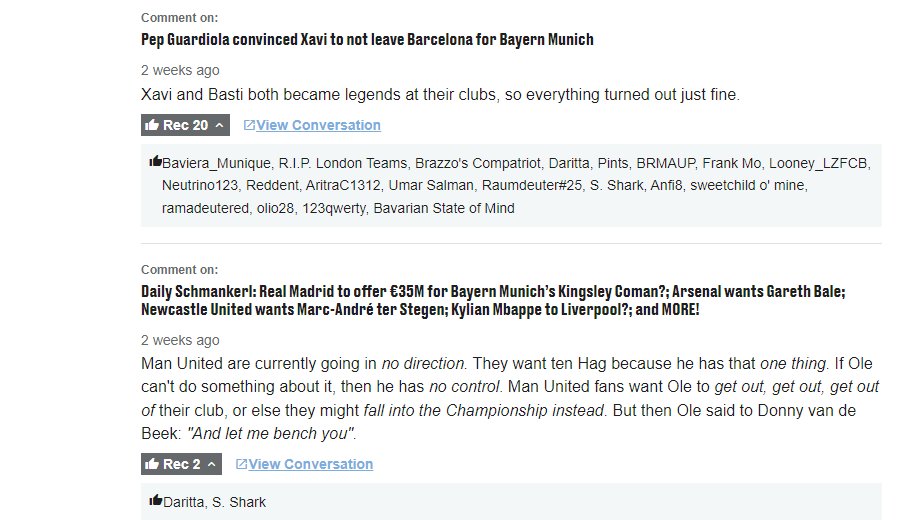 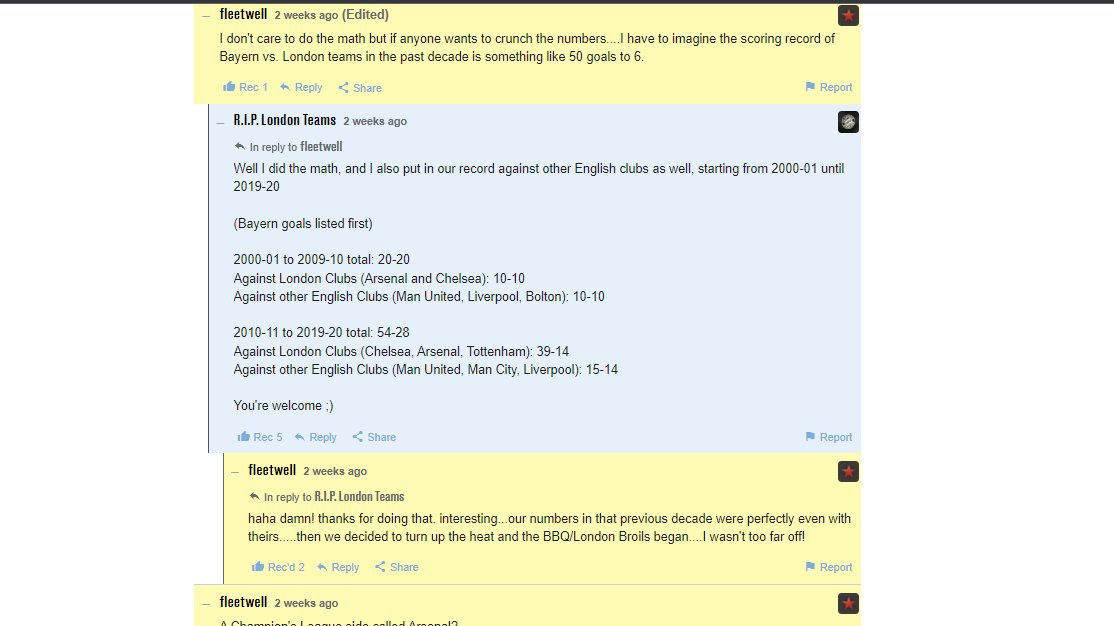 Looks like someone took the piss out of good 'ol Felix 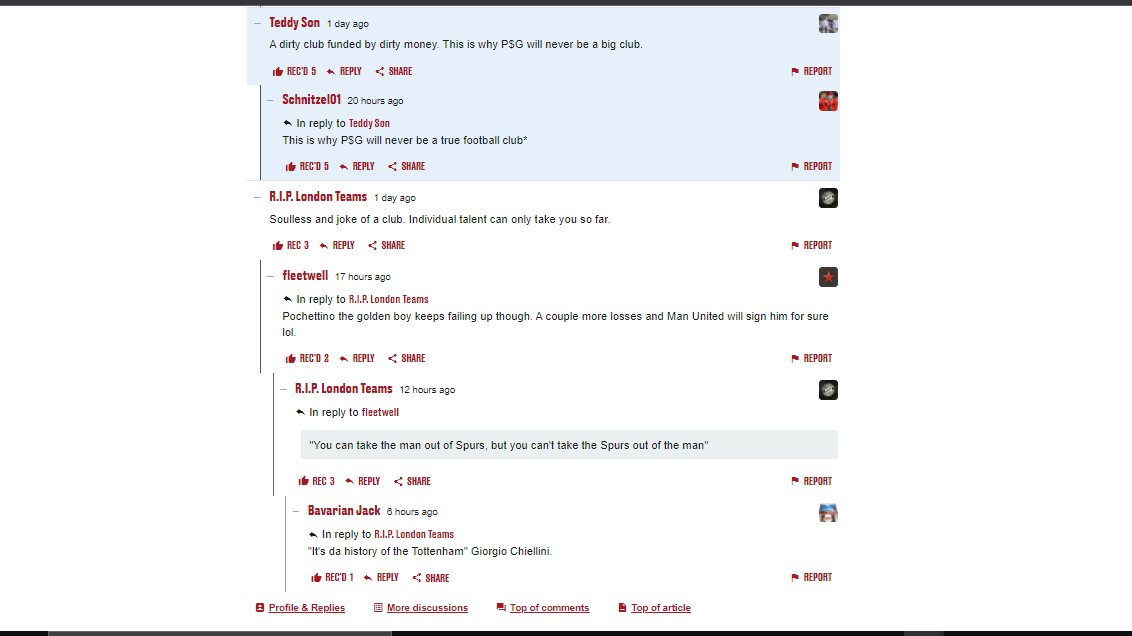 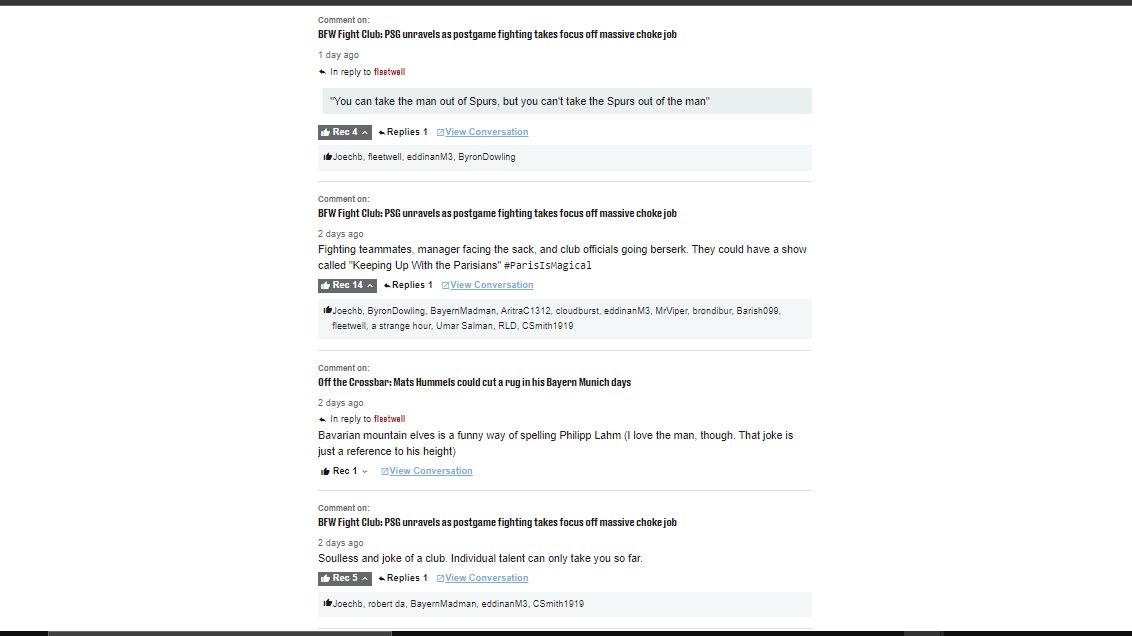 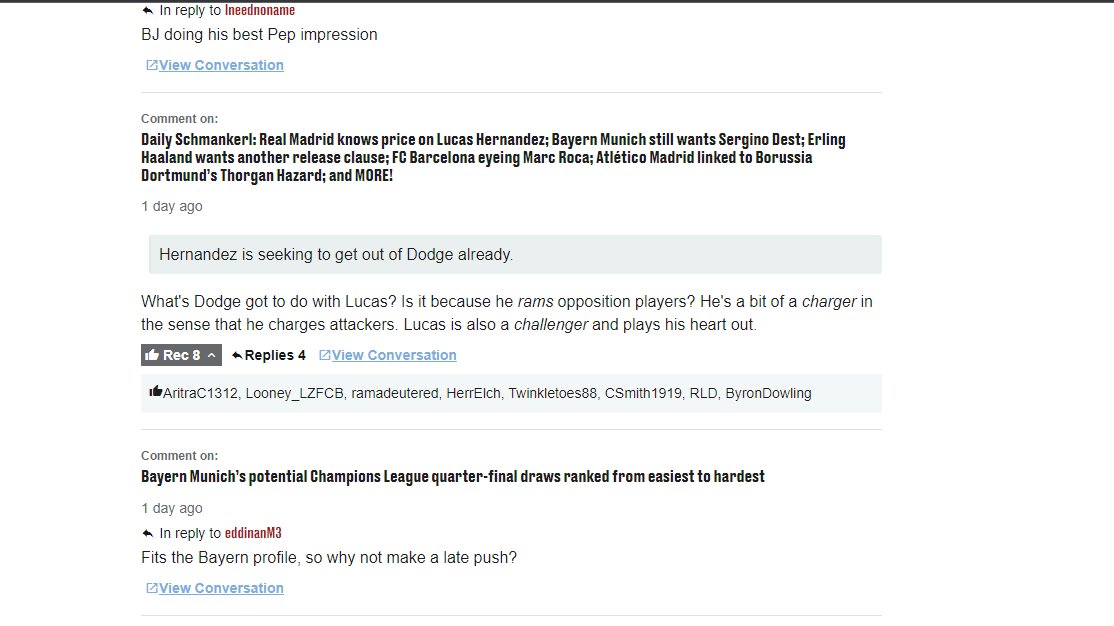 Some say he's still terrible at it

He just congratulated them after their Clasico win. Tommy really is a good guy...or is he, Barca fans?

Irish_Barca being very hospitable to people from Managing Madrid

Am I better than De Levino?

Wonder if Chuck got his supply by now 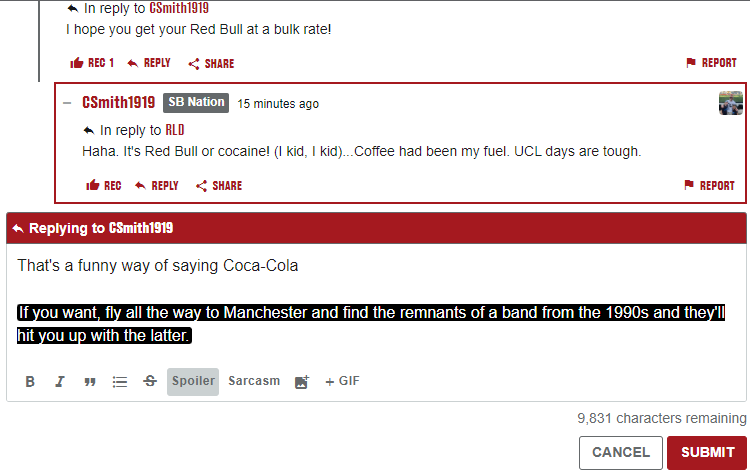 Sam approving the performance? That's something you don't see everyday 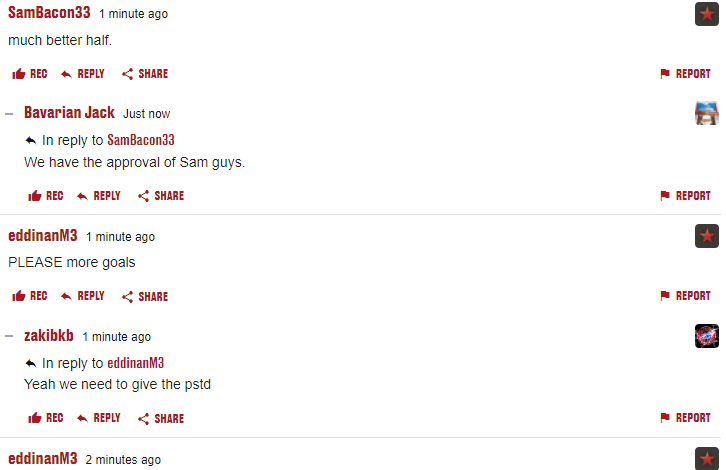 So there you have it, the highlights of my 2 years here at BFW! It's a great community to be in, I'm grateful to all the people here, and it serves as one of my escapes from reality. So like Michael Oliver in the Champions League or PL fans whining about our league, here's to more of me in the future!