Completing our staff picks for how the tournament will play out — let us know yours!

In case you missed it:

We’re back to predict how the World Cup knockouts will go! Who’s gonna win in our timelines? Read on to find out! 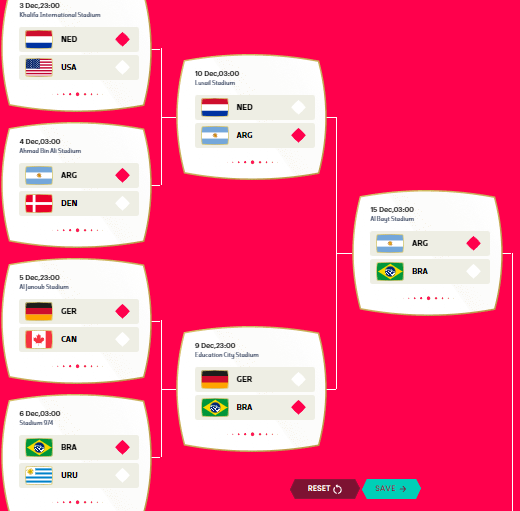 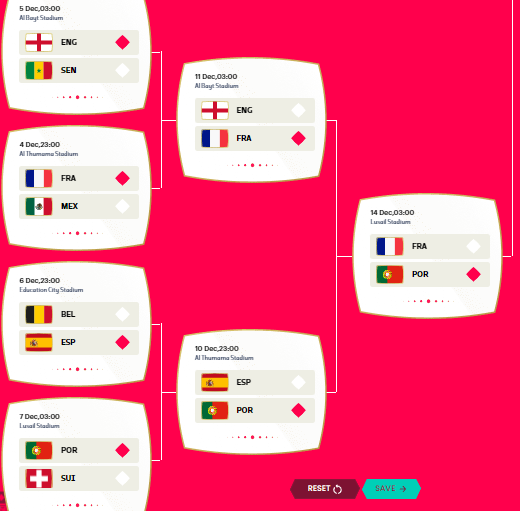 I’m sorry that it’s uneven, but it is what it is

Germany will see off Alphonso Davies’ Canada, before a Thilo Kehrer (West Ham United) mistake proves costly against Brazil. France makes sure Mexico won’t be playing a fifth World Cup game and guarantees England that it won’t be coming home by beating them as well. Argentina sees off the Netherlands, giving Stefan de Vrij (Inter Milan), Daley Blind (Ajax), and Memphis Depay (who is still at FC Barcelona!) terrible memories of 2014. Neymar’s Brazil attack Argentina for pretty much the whole game, stunted only by the play-acting of Benfica’s Nicolas Otamendi. Portugal defeats Switzerland in a blowout, Spain to give them PTSD of the 2018 game, and France to avenge their Euro 2016 loss en route to a World Cup final that’s one for the books as it pits two legends of the game yet to win the prestigious World Cup trophy. 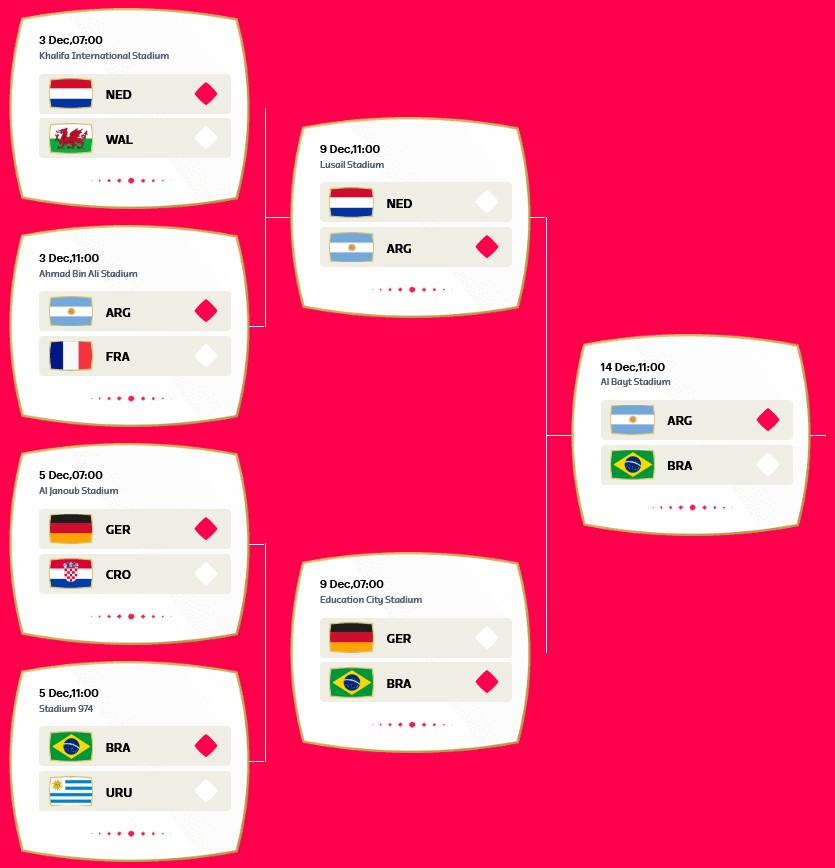 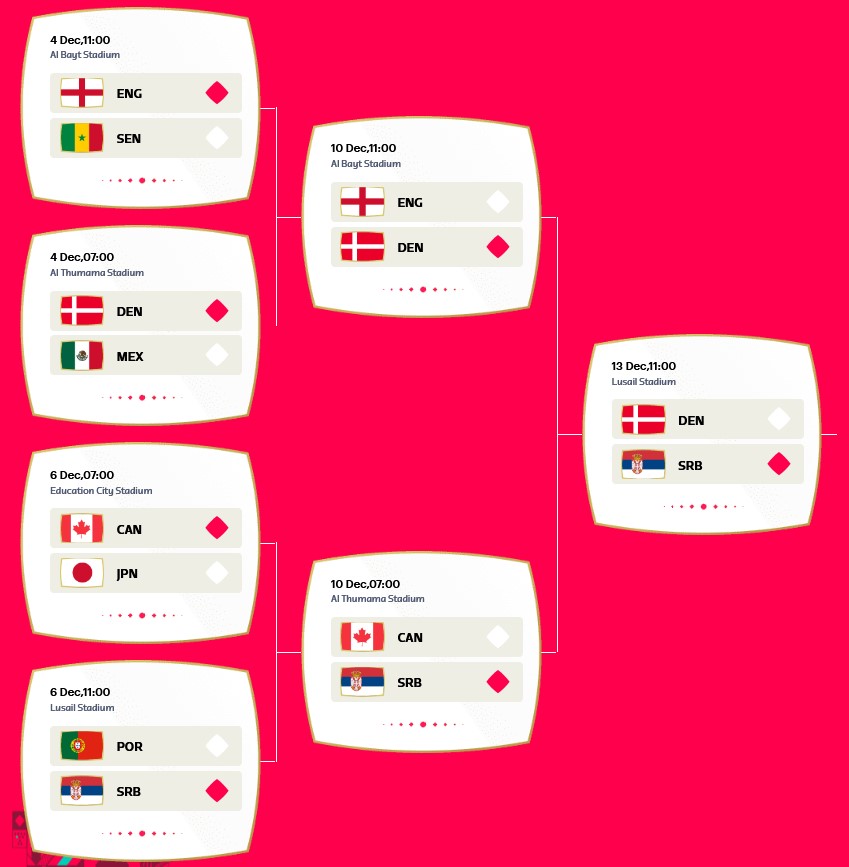 In the top half, France’s reward for finishing a surprise second below Denmark in their group will mean running into the Argentinian buzzsaw. It’s a reverse of Argentina’s fate in 2018 — a Round of 16 clash which saw the eventual champions emerge 4-3 winners. This time, Lionel Messi & co. triumph to send Les Bleus home early.

Germany continue their strong run of form by dispatching Croatia decisively in the Round of 16. But this time, Brazil have a chance to fully exorcise their demons from 2014 — which they do. It’s not a humiliation in return, and the Germans will take pride in a second-half comeback attempt fallen short, but the defeat will be decisive. Let’s say 4-2.

This sets up a delicious South American semi-final between Argentina and Brazil. What can I say? This year feels like Messi’s year at last.

In the bottom half, England celebrate landing on the lighter side of the bracket just long enough to totally blow it against Denmark in the quarters. The team that really take advantage is Serbia, who fly past a beatable Portugal team and overpower Canada to send the last of the Bayern Munich players home at the quarters. Why stop there? They annihilate Denmark in the semis and reach the Final!

RIPLT: The game that will break the internet. Manchester United’s Cristiano Ronaldo and PSG’s Leo Messi each score a brace in the ultimate showpiece. Ronaldo puts Portugal 1-0 up in seven minutes with with a majestic rising header before Messi scores a free-kick on 90+5 minutes to force extra time. Messi again scores after a brilliant solo run on 109’, but a Ronaldo bicycle kick on the 119th minute makes the match go to penalties. The captains of each country convert their penalties, then it goes to sudden death. A miss from Pepe (Porto) sets up Nicolás Tagliafico (Lyon) who chips his peno over Rui Patricio (AS Roma) to hand Argentina their first World Cup since 1986.

zippy: As much as I’d like Cinderella runs to continue, this is once again where it stops for the challengers. Lionel Messi captures that most elusive and grandest of trophies, and wins the next five Ballon d’Ors — even in retirement. Argentina are champions; the world’s finest player gets his just rewards, though of course he’s only one part of a superb team effort. Inter Milan’s Lautaro Martínez scores the winning goal through Juventus man Paulo Dybala.