Switching boots was the magic trick for Lewandowski at the Weserstadion.

Up until the 67th minute in Bayern Munich’s 3-1 win over Werder Bremen, it looked as if it was going to be a rare Bundesliga match in which Robert Lewandowski failed to find the back of the net. The Polish ace struck the woodwork of Bremen’s goal three times and also had a handful of chances denied by Jiri Pavlenka, who was fine form despite conceding three goals.

Finally, though, in the 67th minute, Lewandowski got his goal when he slotted home from close range from a Leon Goretzka touch off of a corner kick that took a fortuitous deflection off of Bremen’s Ludwig Augustinsson. It was Lewandowski’s 32nd Bundesliga goal of the season and it took him level with Klaus Fischer at 268 goals for the league’s all-time scoring list. Gerd Müller remains at the top of that list with a total of 365 goals and Lewandowski is now within eight goals of equaling Müller’s single-season record of 40 goals.

If you were paying close attention during the match, too, you would’ve noticed that Lewandowski was wearing a different pair of boots in either half. In the first half, he was sporting bright yellow Pumas, but then switched at halftime into his usual red and black Nike Phantom Venoms. The switch seemed to provide the stroke of luck that the Polish ace needed to keep his scoring streak alive.

Speaking to Sky Germany after the match (via Sportschau), Hansi Flick joked about the boot switch, since Lewandowski sometimes switches to Pumas in training sessions at Sabener Strasse. “In training he sometimes wears Puma and sometimes Nike. Maybe at halftime he thought he’d just switch again. That’s his decision. I only noticed it because he was no longer wearing yellow boots in the second half,” he said with a smirk on his face.

Spot the difference (left 1st half, right 2nd half): 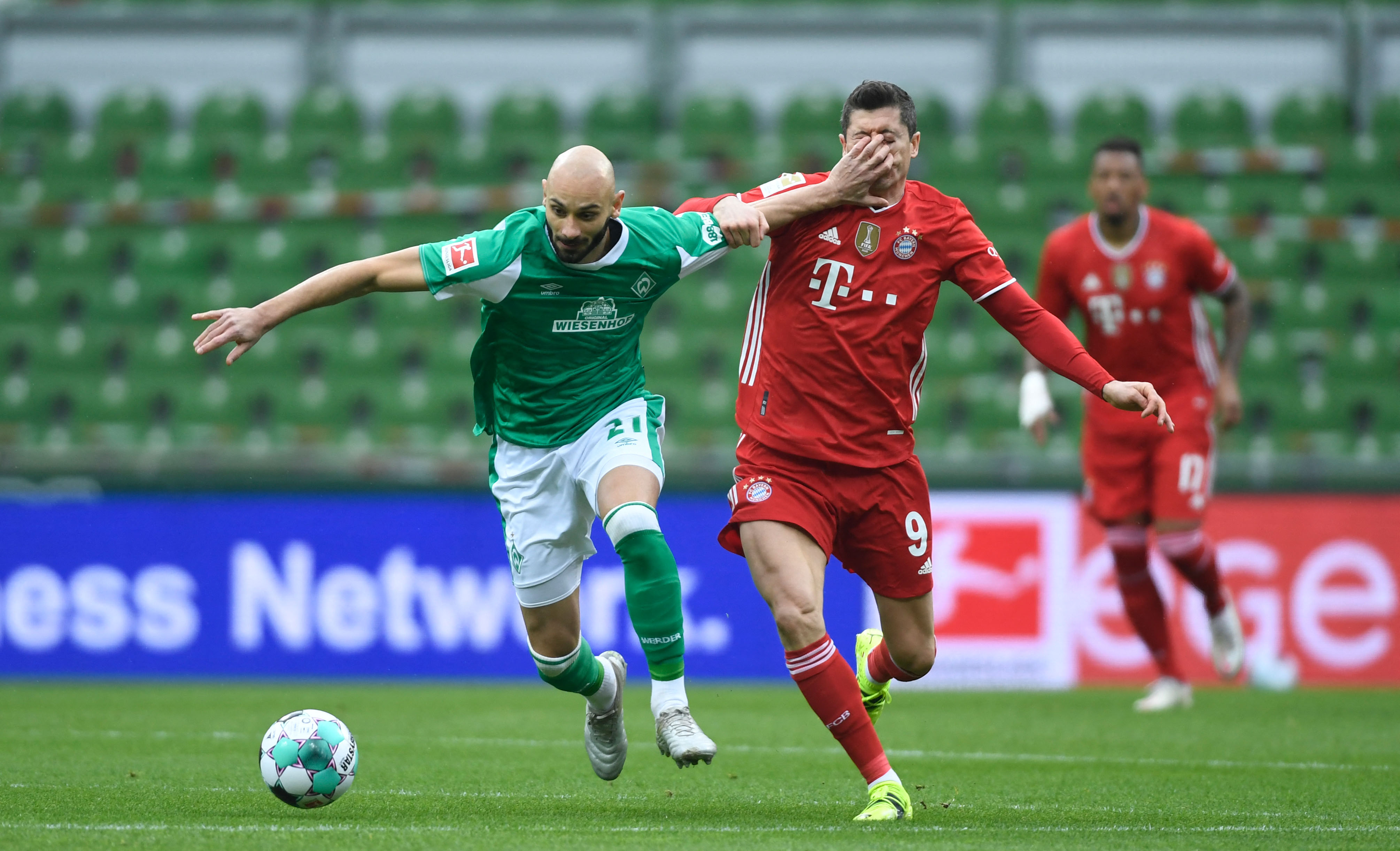 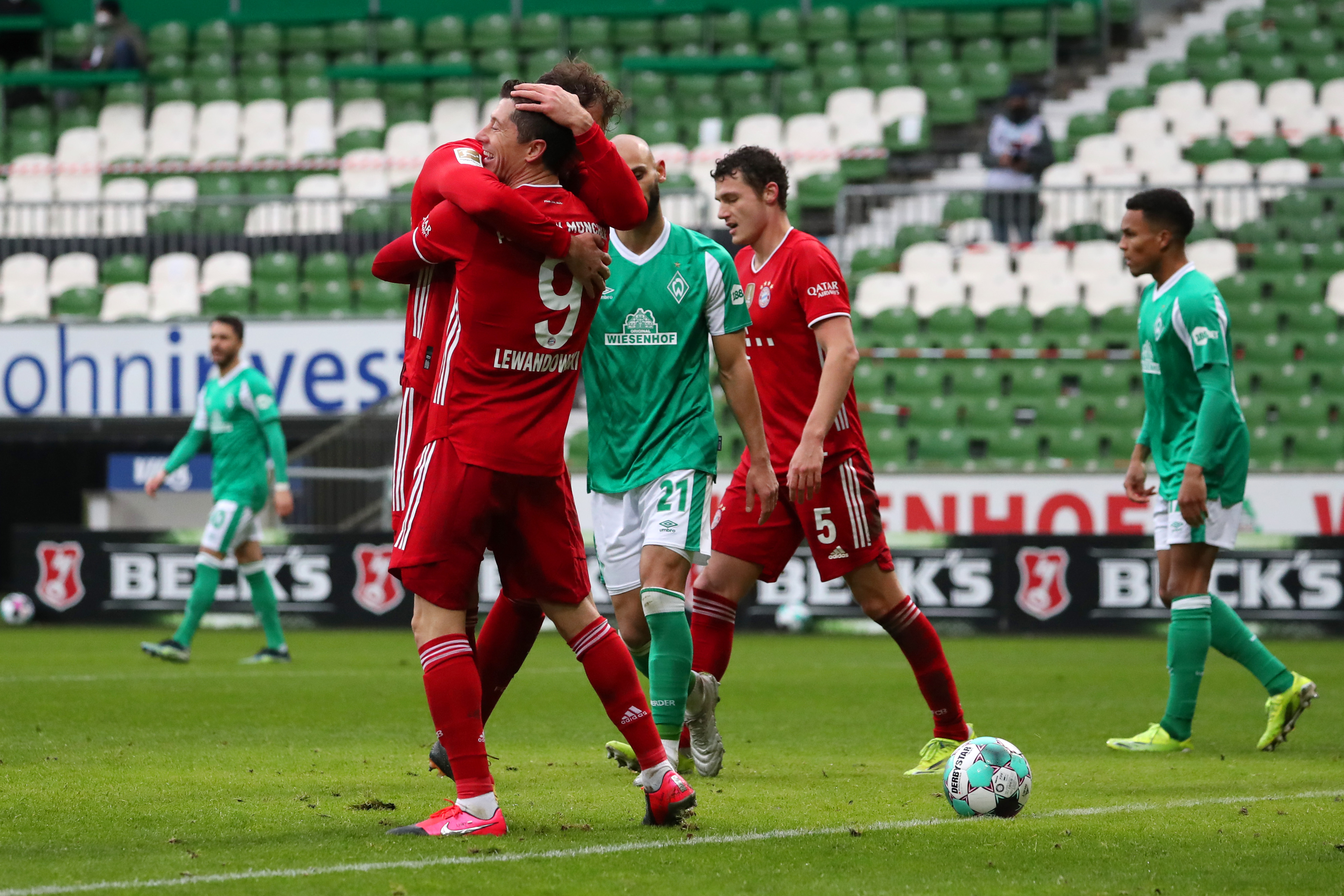 Of course, we don’t want to speculate that there’s potentially a new deal in the works between Puma and Lewandowski, or if this is some sort of relatively new superstitious practice from the prolific number 9. We’ll be sure to get BFW’s resident “Grassworks” expert, Chuck Smith on the case as well to see if it maybe has to do with stud structure and positioning on the bottom of the boots for different pitch conditions. Whatever it is, it seems like he should just stick with the Nike Phantom Venoms, because the goals keep coming in those.