The transfer window closes today, so grab your coffee and settle in for crazy morning before Bayern faces off with VfB Stuttgart tomorrow!

As part of a weekly series that we will keep running as long as we have submissions (so keep them coming!), we are doing a brief profile of Bayern Munich fan groups globally. This week, our subject is the FC Bayern Kentucky, which has members throughout the state and hubs in Lexington and Louisville.

Membership: 83 members statewide (with most in the Lexington and Louisville areas) 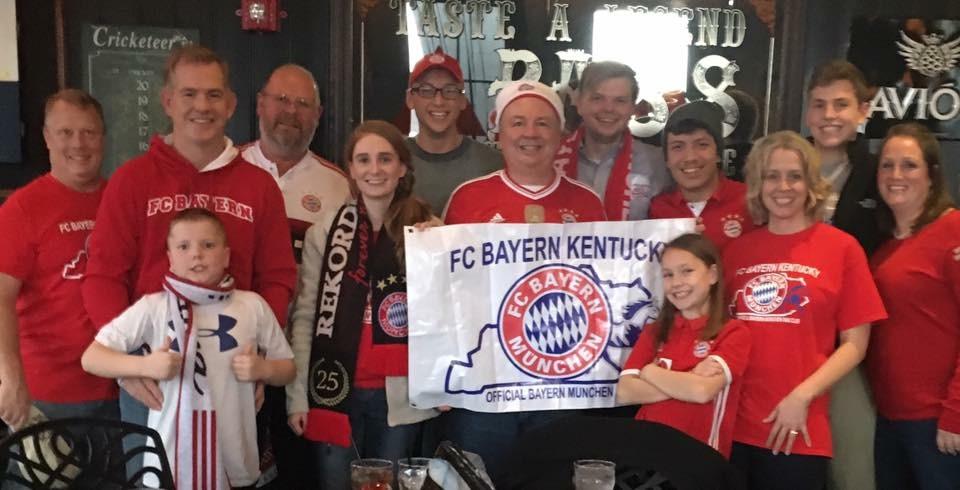 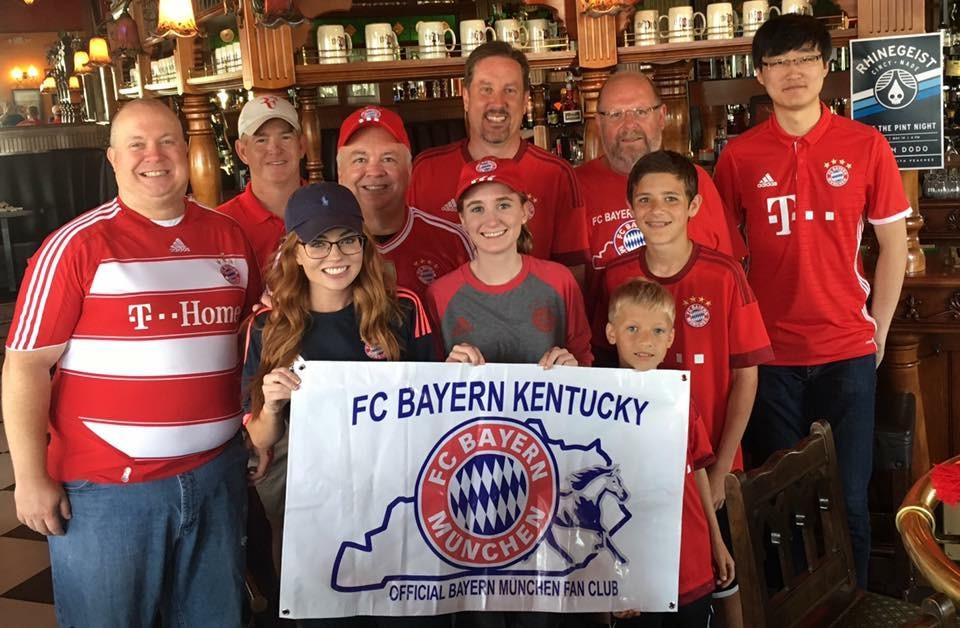 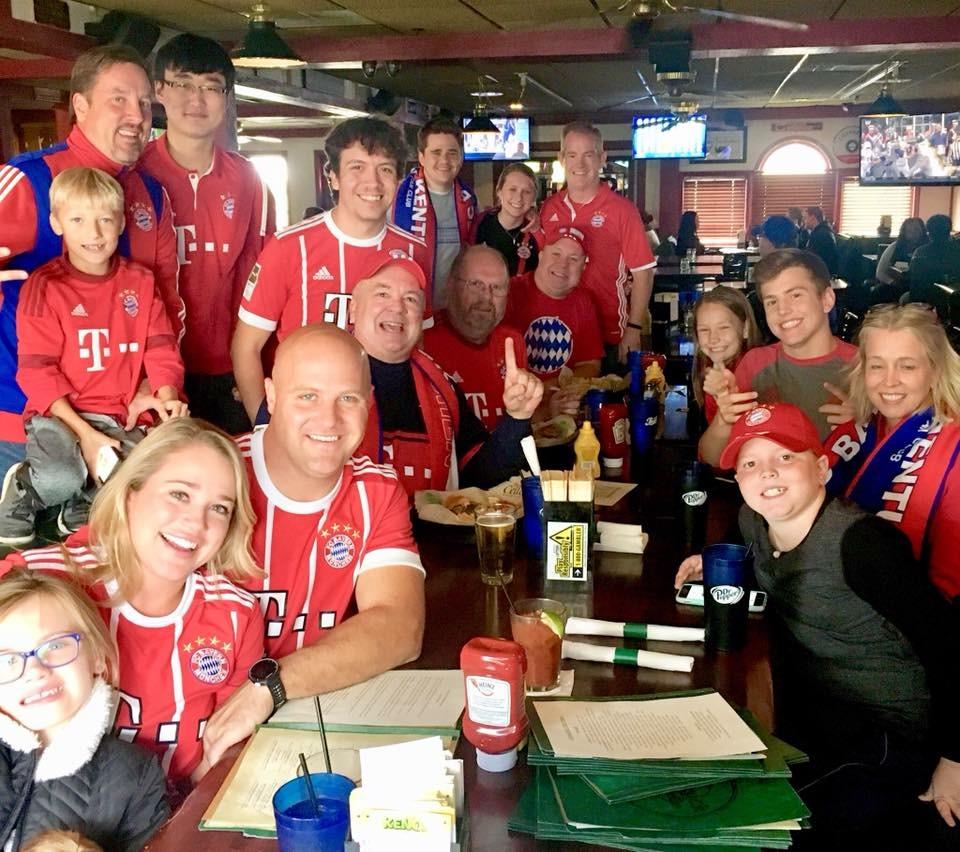 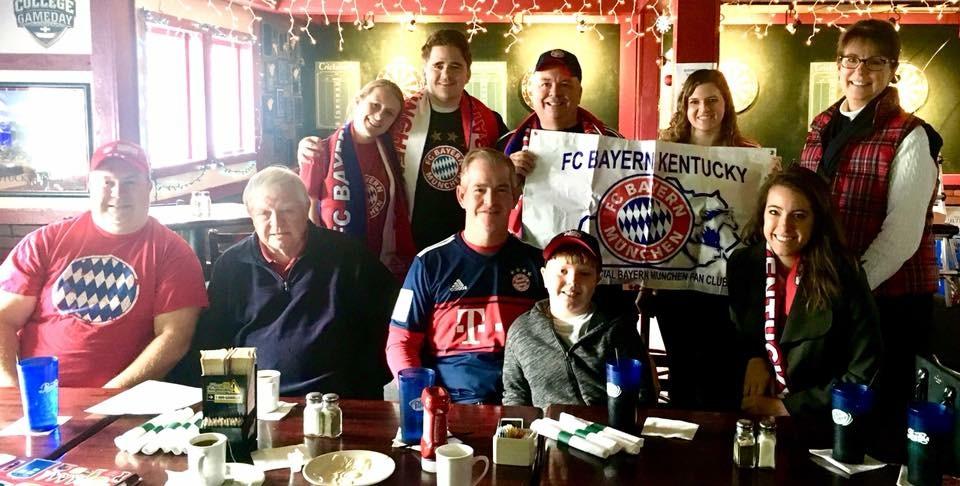 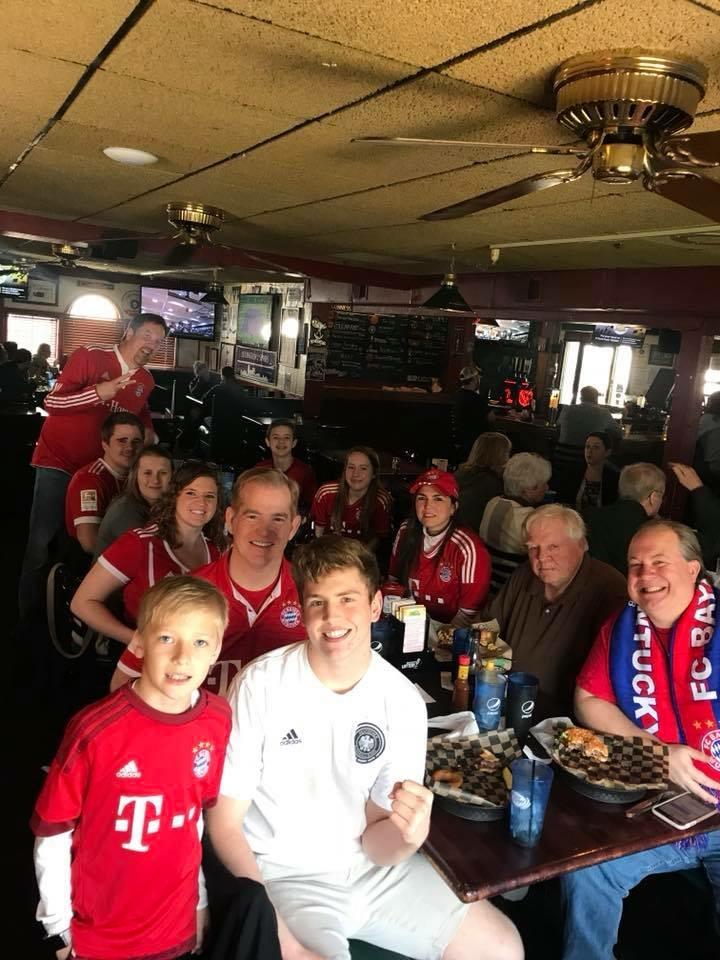 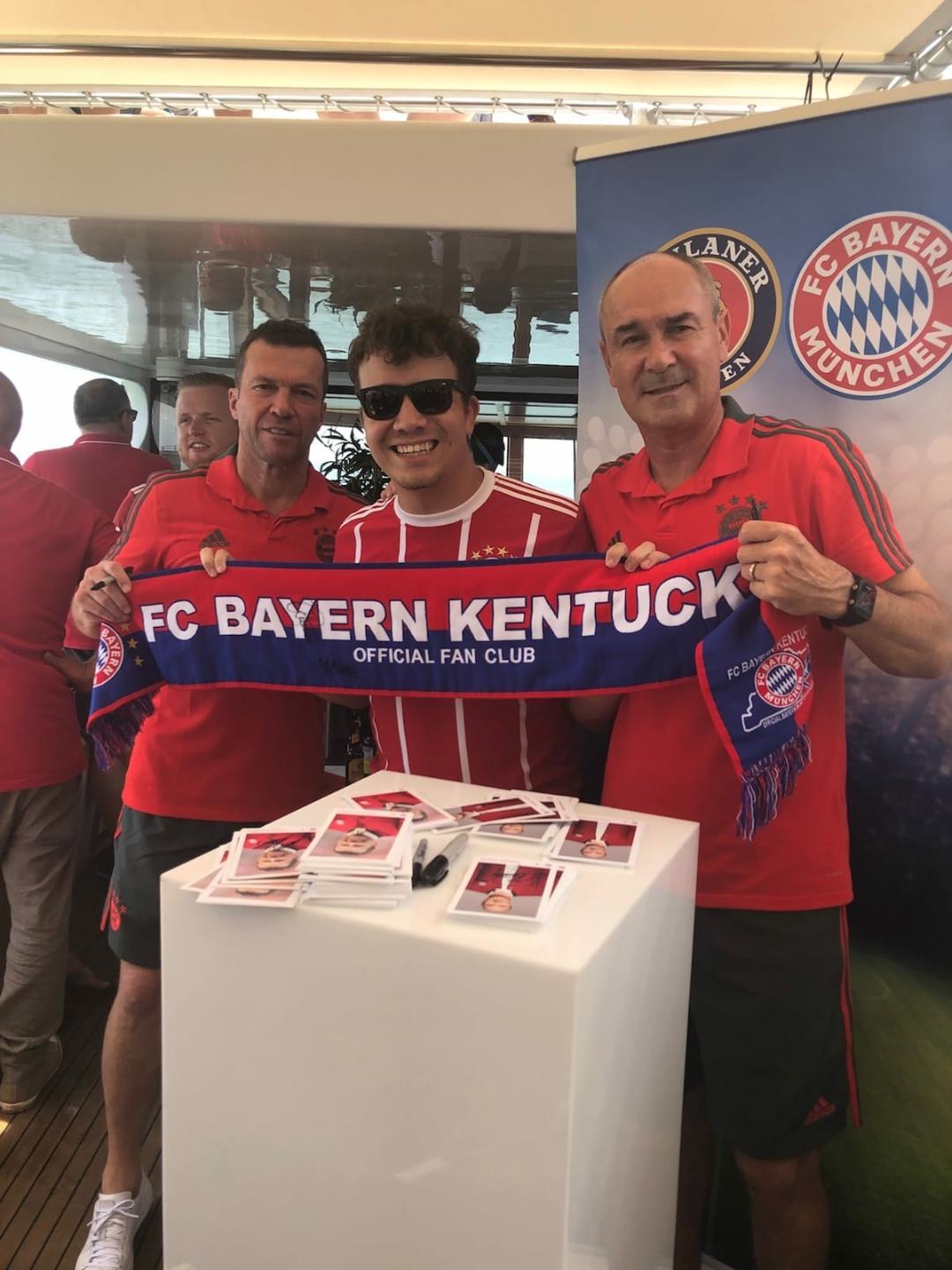 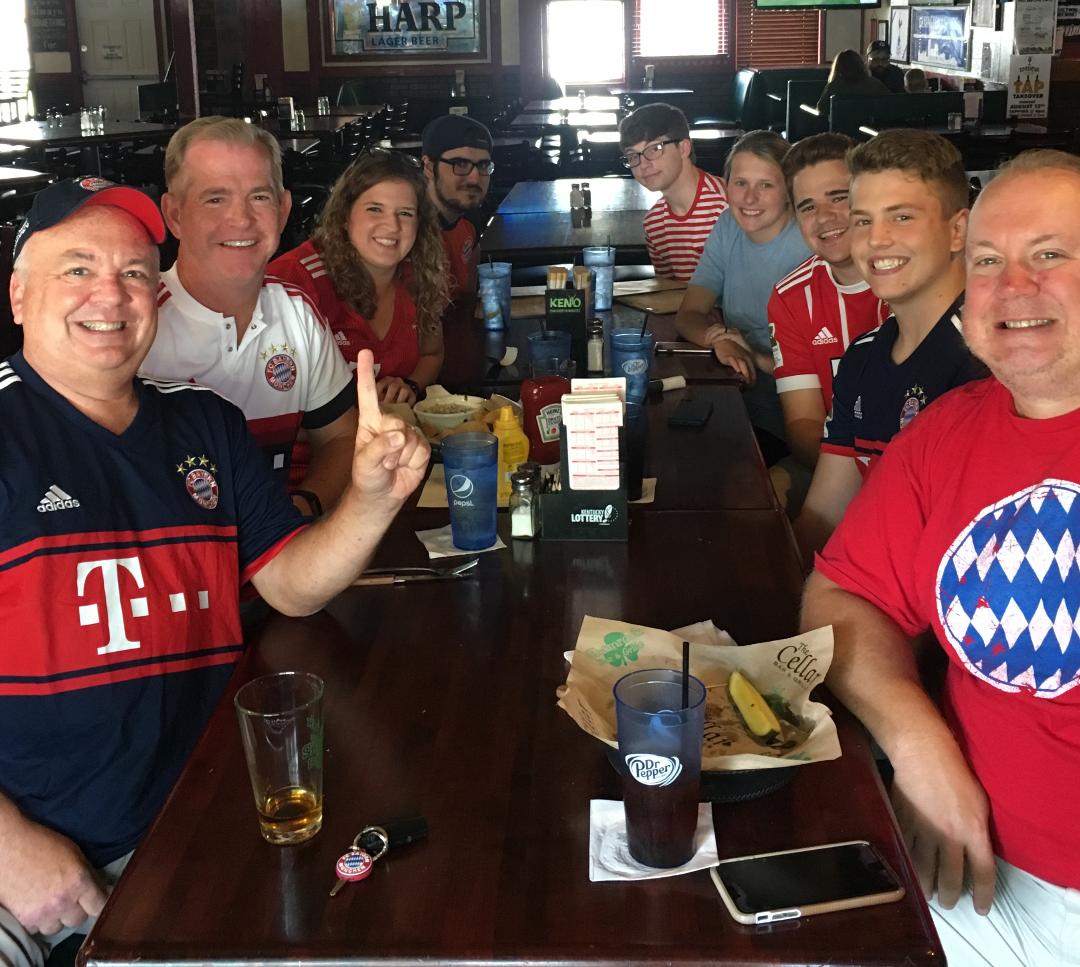 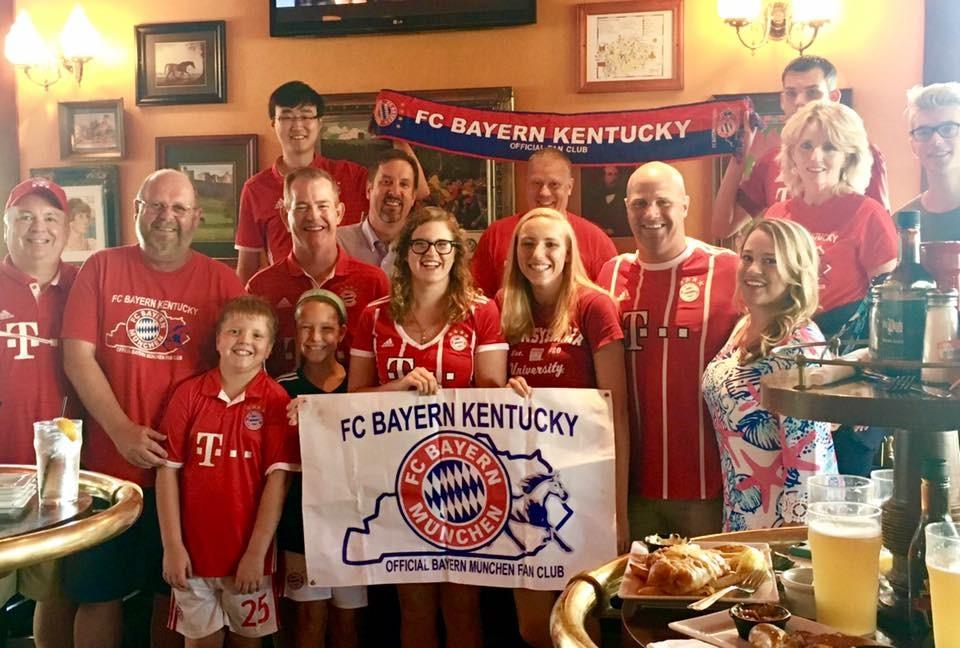 Michael Reschke opened up on the future of Benjamin Pavard (AZ)

VfB Stuttgart sporting director Michael Reschke is an open book these days when it comes to players that both Bayern and Die Schwaben have an interest in. Yesterday Reschke tackled how close things got with Alphonso Davies before Bayern swooped in, but now Reschke spoke with AZ about the future of Benjamin Pavard:

The transfer time always brings interesting phases and even restless moments. For Benjamin Pavard, there was just a moment when we felt he was ready to go our way for another season. For us it was very important to know that he remains with VfB from his deepest conviction. He is just a top player and top guy!

Benji has the level to be able to play in any European top club and we fully respect it will be so on 1. 7. 2019. He has extremely lucrative requests and we know that because we have an open relationship. He is an outstanding two-man, has a very good header and a strong game opening. The club that will eventually hire him will enjoy years of excellence in an exceptional athlete.

Pavard has all the makings of the real deal as a player. It will be interesting to see if Bayern’s lack of aggression in this window will allow another team to do the swooping and grab Pavard from Bayern’s own clutches?

Bayern beaten out by Leeds United (!?) for Norwegian sensation Niklas Haugland (The Express)

Per a report by The Express, Bayern and AC Milan were bested for the services of 16-year old Norwegian phenom Niklas Haugland by Leeds United.

LEEDS UNITED have beaten the likes of Bayern Munich and AC Milan to the signing of teenage sensation Niklas Haugland. The Norwegian youngster plays for third tier side Fana IL but has been on trial in England and has impressed youth coaches, who persuaded the Whites to push forward and snap up the raw talent. Haugland, 16, has previously been on trial at the likes of Bayern, Milan and Red Bull Salzburg, who all tried to tie down the forward down to a long-term deal.

Haugland is a striker considered to be an elite prospect, but will apparently takes his talents to Leeds, which is competing in England’s Championship division.

We heard earlier in the week that German international and PSG backup Kevin Trapp might be headed to Nice. Now, however, Eintracht Frankfurt secured the goalkeeper:

Paris Saint-Germain goalkeeper Kevin Trapp is on the verge of returning to Eintracht Frankfurt on loan, a source close to the move has confirmed to ESPN FC. The Germany international, who joined the French champions from the German outfit back in the summer of 2015, has won 10 pieces of French domestic silverware since then but is now behind Gianluigi Buffon and Alphonse Areola in coach Thomas Tuchel’s pecking order.

As first reported in France by Canal+, Trapp had been the subject of discussions between PSG and Ligue 1 rivals Nice, but Patrick Vieira’s men needed more financial help from Les Parisiens with the 28-year-old’s wages than Eintracht. Trapp has already rejected one approach from his former club this summer but that was before he learned of Tuchel’s plans for this season, while the ex-Kaiserslautern man also snubbed a loan move to Besiktas.

Stefan #Kuntz has named his first U21s squad of the season for our friendly against Mexico and European qualifier vs. Ireland #GERMEX #IRLGER pic.twitter.com/Qr5g1HvQfZ

Bayern is mourning the passing of Richard Ortner. Club member #1 passed away at the age of 96 in Pullach near Munich on August 27th. Ortner joined FC Bayern on 1 April 1937 and was honored by the club for his great loyalty (80 years) last year.

If you are looking to kill some time this morning and want a brief preview on each Bundesliga match, along with some predictions that will likely go up in flames quickly, we’ve got you covered here.

A call for fan groups (BavarianFootballWorks.com)

We are trying something here at the Daily Schmankerl and need YOUR help. If you read my man Tommy Adams’ piece about his experience with the FCBNYC Fan Club (if you haven’t, SHAME ON YOU!), you could see how great the event was. So we want to highlight some of these wonderful groups that are out there globally and this is what we need from you:

We have 6 clubs onboard so far, including FC Bayern Munich Fan Club - St. Petersburg, Florida, who we profiled last Friday on Match Day 1.

I’d LOVE to be able to feature a different fan group every week this season. Maybe we can do it, maybe not...but only YOU can help decide the fate of this idea. Send your info to: barrelsportsblog@gmail.com.