It’s finally GAME DAY! Coffee then beer. Remember that (unless you want to spike your coffee...which is acceptable today).

As part of a weekly series that we will keep running as long as we have submissions (so keep them coming!), we are doing a brief profile of Bayern Munich fan groups globally. This week, our subject is the FC Bayern Munich Fan Club in St. Petersburg, Florida.

Membership: Over 220 members (and growing!)

The FC Bayern Munich Fan Club - St. Petersburg, Florida bunch is a fun and dedicated group with a HUGE membership. If you are in town, look them up! 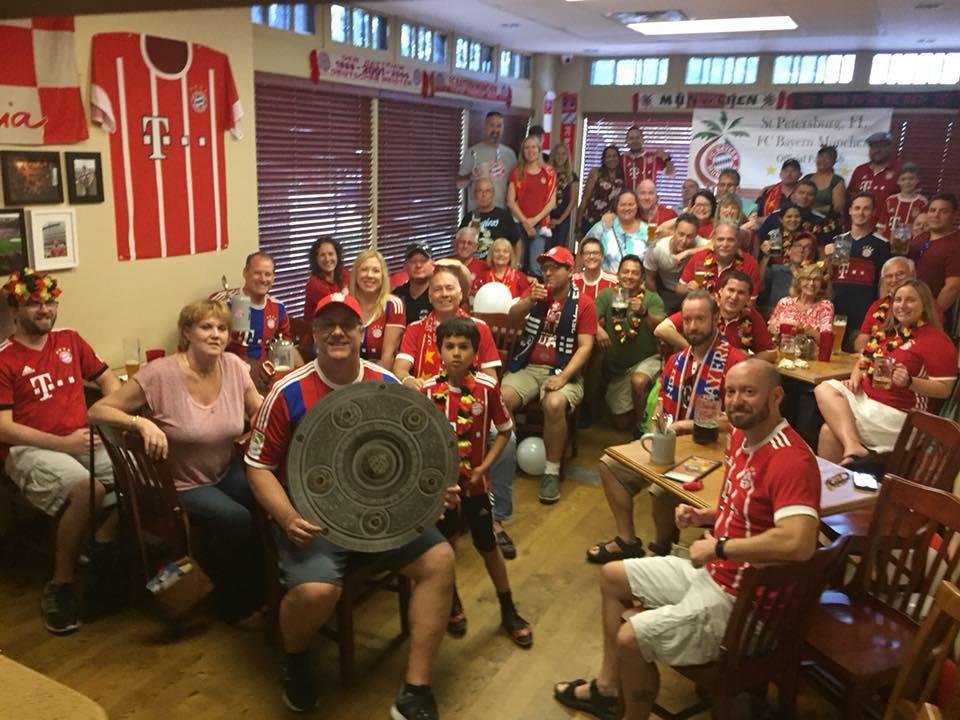 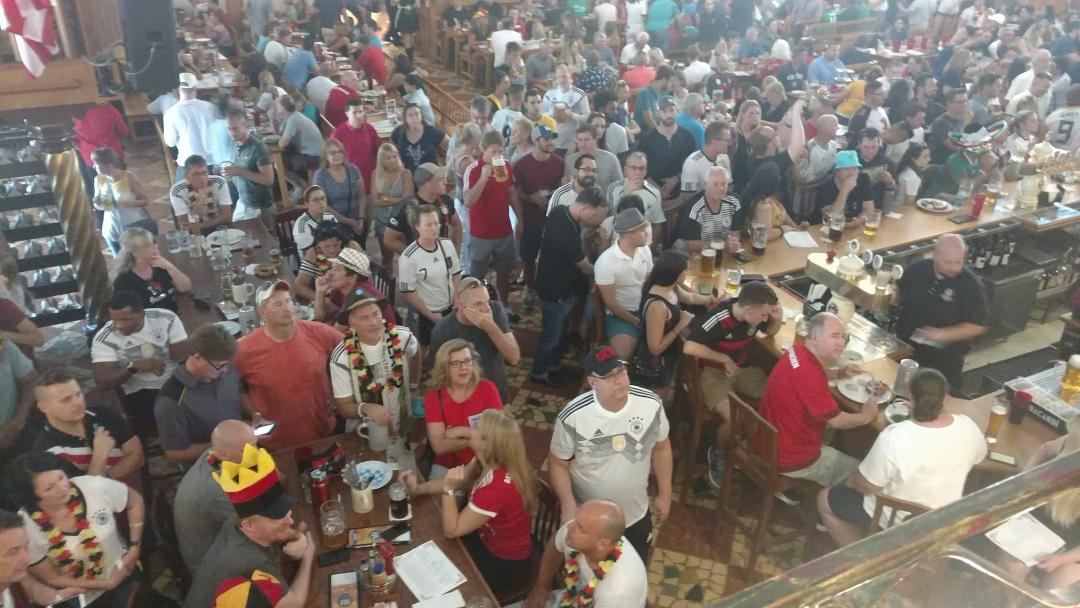 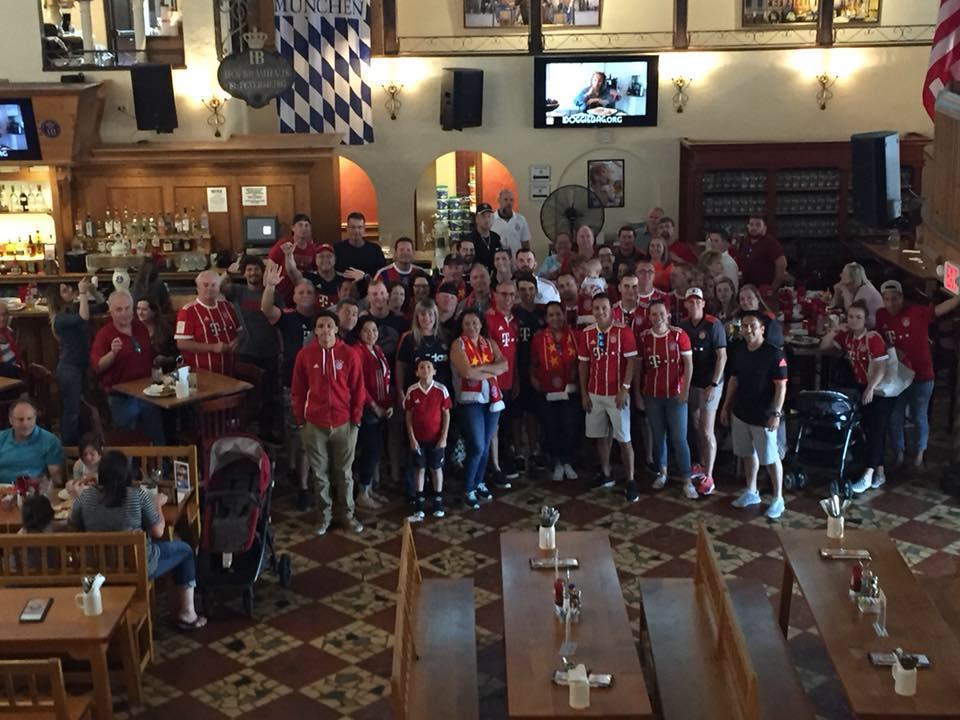 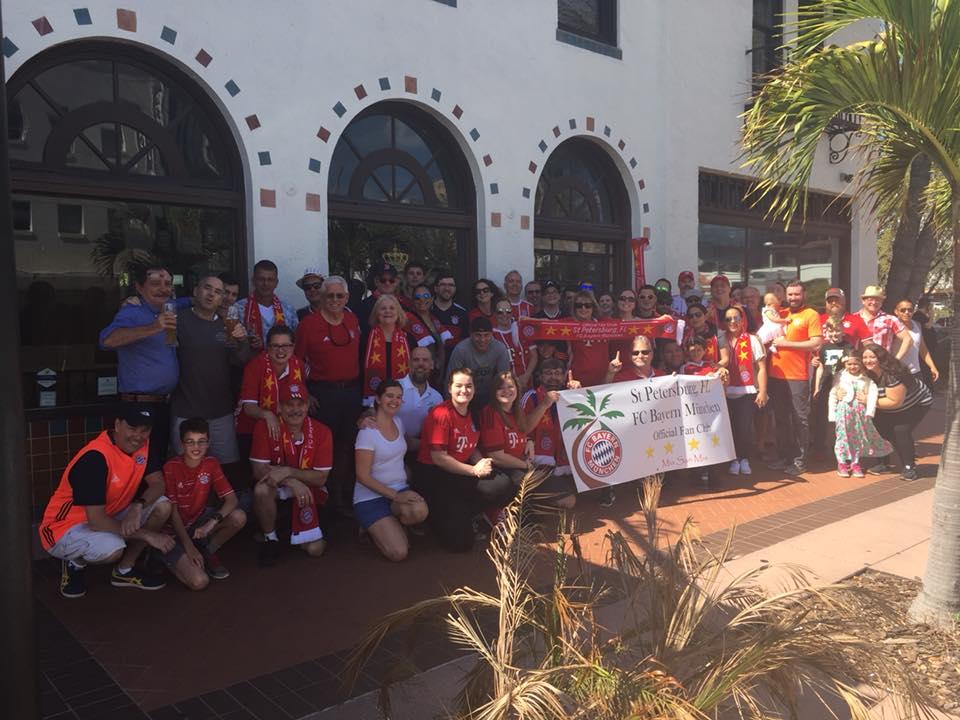 Not this again...Real Madrid pondering buy back on James Rodriguez (Sports Mole)

Just when I thought I was out...Real Madrid pulled me back in!

Real Madrid is reportedly contemplating paying £35M to recall James Rodriguez from his loan spell at Bayern Munich. The European champions allowed Rodriguez to join Bayern on a two-year loan deal last summer, and it was expected that the attacker would remain at the Allianz Arena until 2019.

However, Real have so far failed to find a replacement for Cristiano Ronaldo - who has joined Juventus - and it could lead to Real paying a fee to be able to use their own player. According to El Pais, the Spanish giants will discuss whether it makes sense to pay out for Rodriguez to be available to Julen Lopetegui for the current campaign. The new Real boss is allegedly keen to strengthen his options with another forward, and bringing back Rodriguez could satisfy the former Spain coach.

Bayern views James as a key figure in its LATAM expansion plan and as more than just a player as we covered here. It is increasingly hard to fathom that he moves on despite the rumblings that went down over the course of the summer.

Juan Bernat again linked to Atletico Madrid, but the Spanish side is waiting on PSG (Marca)

The Juan Bernat to Atletico Madrid rumors persist and, again, the involved parties are waiting on Thomas Tuchel and Paris Saint-Germain to finalize a move for Filipe Luis so that all of the other pieces of this transfer puzzle can fall into place.

Atletico Madrid are still waiting for news from Paris Saint-Germain regarding Filipe Luis, but if the French club pays the required amount for the player, the next issue is who they replace the Brazilian with. Juan Bernat seems the best placed to replace Filipe in the short term, given that Niko Kovac is unlikely to want to keep him at Bayern Munich. Any negotiation with the Bavarian entity should therefore move forward with ease.

Julian Draxler and Anthony Martial and both targted by Sevilla (Marca)

Two players who were reportedly on the radar of Bayern are now prime candidates for Sevilla. We already knew about Sevilla’s interest in Julian Draxler, but the Martial info is a bit of a surprise.

With time running out in this summer’s transfer window, Sevilla are still looking for a top quality forward to put the finishing touches to their squad and they want a name that will excite their fans with Julian Draxler and Anthony Martial emerging at the top of their list. Diario de Sevilla reported that the club are keen on the Paris Saint-Germain attacking midfielder, and Thomas Tuchel does not see him as an important player this season, meaning the German could well be allowed to leave the club in search of more minutes elsewhere.

If you are looking to kill some time this morning and want a brief preview on each Bundesliga match, along with some predictions that will likely go up in flames quickly, we’ve got you covered here.

A call for fan groups (BavarianFootballWorks.com)

We are trying something here at the Daily Schmankerl and need YOUR help. If you read my man Tommy Adams’ piece about his experience with the FCBNYC Fan Club (if you haven’t, SHAME ON YOU!), you could see how great the event was. So we want to highlight some of these wonderful groups that are out there globally and this is what we need from you:

I’d LOVE to be able to feature a different fan group every week this season. Maybe we can do it, maybe not...but only YOU can help decide the fate of this idea. Send your info to: barrelsportsblog@gmail.com