Marketing or pragmatism? Why Bayern Munich is going after North American talent

Canada and the USA aren’t known for pumping out hordes of world class players — so why does one of Europe’s biggest clubs seem so interested?

Share All sharing options for: Marketing or pragmatism? Why Bayern Munich is going after North American talent

There’s a strange phenomenon going on in Bavaria these days, one that might make clubs around Europe want to take notice. Bayern Munich are buying American (and Canadian). Following the signing of Alphonso Davies from the Vancouver Whitecaps last summer, the German Rekordmeister seem ready to pull the trigger on Chris Richards, a USMNT youth player on loan from MLS team FC Dallas.

Davies has already joined training with the first team and will be eligible to play in January, while Richards has impressed the club with his performances at the U-19 level. Presumably, the hope is that he could join the first team someday. In addition to this, the club have a talent development deal with FC Dallas, which is how Richards got to the Sabener Strasse in the first place.

Somehow, Bayern Munich have two North American talents on their roster, and neither of them are German dual-nationals like Julian Green or Timothy Tillman. USYNT player Taylor Booth, a product of the Real Salt Lake academy, has also been a rumored target for the Bavarians.

Bayern Munich seem to have acquired a taste for talent coming from that part of the world — despite the fact that the United States and Canada lack the footballing culture present in Europe and Latin America, and struggle to produce top-tier talents. Apart from Owen Hagreaves and Christian Pulisic, none really come to mind. So, what’s going on?

One of Europe’s biggest clubs is spending time and effort to scout and bring in talent from countries that are not traditionally considered footballing powerhouses. The cynics among you might say that it’s all about marketing, but that doesn’t explain the whole story. A nebulous concept like marketing couldn’t explain the Davies transfer, nor the continued interest in one part of the world where football isn’t even a big deal.

In fact, if you look into it, Bayern Munich’s current course of action is motivated by a very German sense of pragmatism.

Let’s be up-front about this: Bayern Munich like a bargain. However, in recent years, the transfer market in Europe has trended towards bigger and bigger fees, making it hard for the team to carry out its transfer policy. Even pivoting towards youth isn’t the answer, as young players are getting expensive too.

These days, highly prized youngsters from France easily cost €20m+ (see: Ousmane Dembele to BVB, Malcom to Barcelona). It may not seem like much, but considering how often these young players can turn out to be duds, the risk being taken is pretty high.

The talent market in Europe is a treacherous place for the buyer. Every young player that can kick a ball seems to be on the radar of some top European club, driving their price sky-high. All the biggest talents are already represented by a super agent, making it impossible to get them quietly or cheaply.

Bayern took the plunge with Renato Sanches, paying €35m for the then 18 year old (represented by Jorge Mendes). While he has seen a resurgence under Niko Kovac, most fans will admit that the near-record transfer fee hasn’t paid off. The club were about to sign Spezia defender Gabriele Corbo (to the point where he was posing on Instagram wearing a full Bayern kit), but his agent Mino Raiola scuppered the deal, and is now steering his client toward Juventus.

It wasn’t too long ago that Bayern could get super-talented teenagers like David Alaba and Toni Kroos cheaply and under the radar. Nowadays, that kind of thing might not be possible. European talent is in-demand. Everyone is on the lookout for them, and the seller gets to name their price.

The situation isn’t much better for South American talents. It might sound like a nice idea to dive into the Brazilian and Argentinian markets to see what you can find, but:

The traditional markets in Europe and South America are tapped out, and the money being thrown around is ridiculous. What is a risk-averse club like Bayern Munich supposed to do? Well, we could do what Florentino Perez is doing, and just pay what the market wants us to. Or, we could find an alternative talent pipeline.

That doesn’t mean we’re getting bargain-bin trash though. I mean, just look at Chris Richards. During the course of his loan, the kid has been rubbing shoulders with top European talent (at his age-level) and holding his own. Meanwhile, Gabriel Corbo, the player we couldn’t land, is only playing for Bologna’s youth team. They’re the same age, and playing at the same level. Is there really a huge, yawning chasm of talent between them?

These two players have almost-identical prospects of becoming world class, but the Italian would be significantly more expensive than the American (thanks to Mino Raiola). In that case, why not go for the American?

The numbers check out 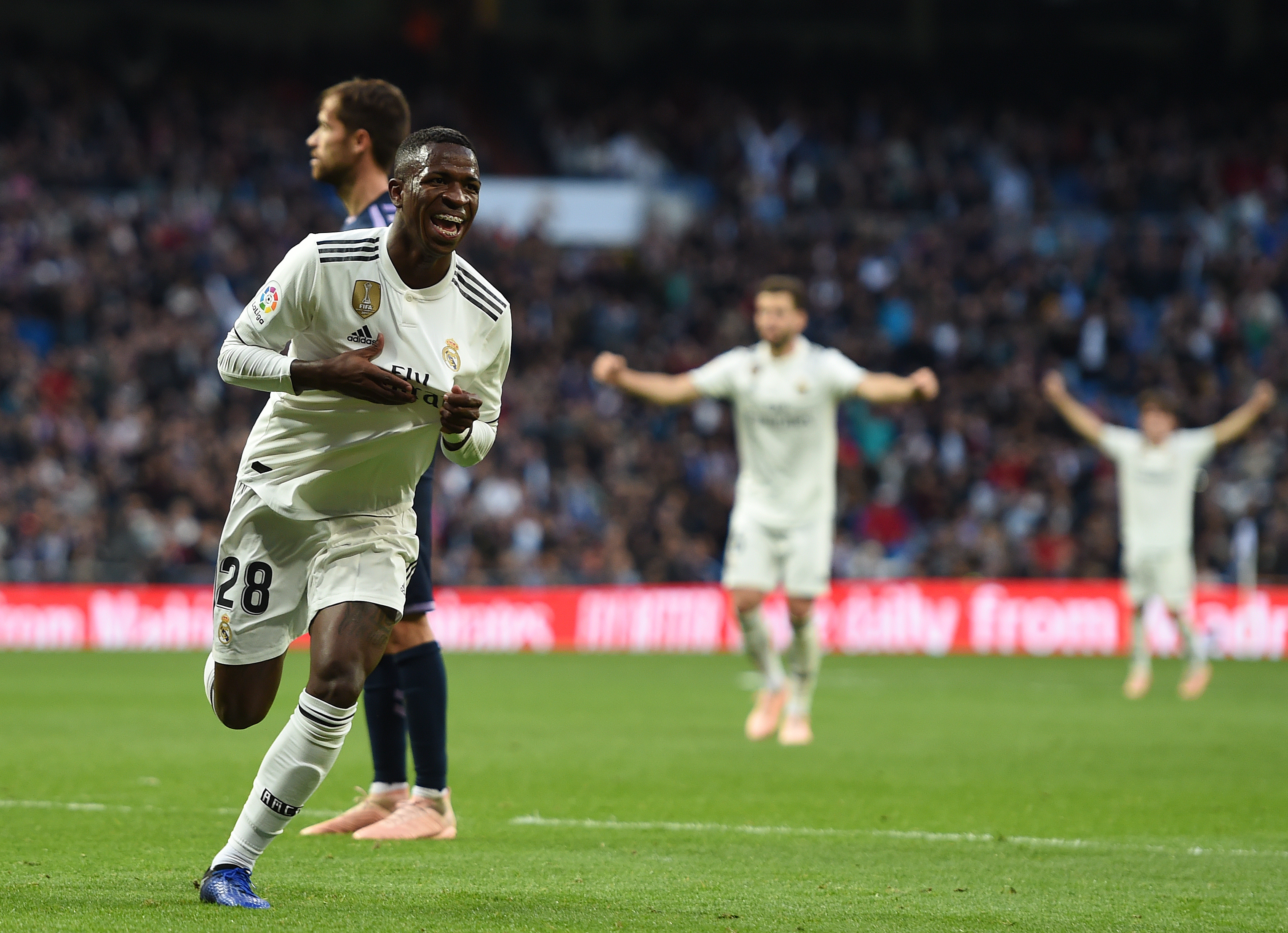 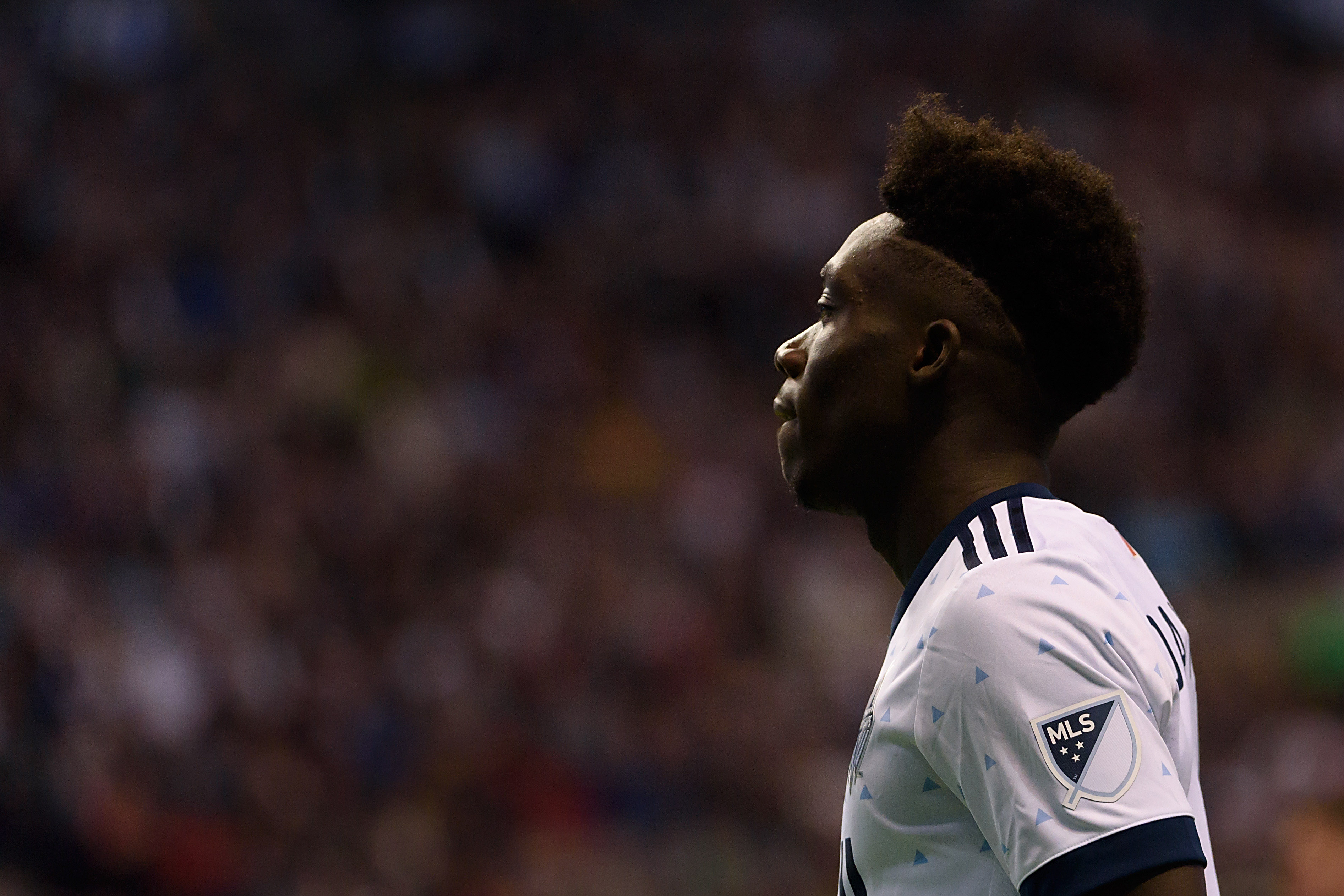 It doesn’t actually matter how many of these talents become world class, so long as they have the potential to do so. Why? Because of simple mathematics. Real Madrid paid €61m for Vinicius Jr., while Bayern paid €10m for Alphonso Davies. We could afford to buy a Davies-level player six times and afford to have them fail five times, so long as one becomes successful. Meanwhile Real Madrid have gone all-in on one player, and if he fails once, then that’s €60m down the drain.

Bayern Munich’s strategy makes the most sense in this situation, even if we assume that Vinicius Jr. is three or even four times more likely to become a real world class star. Talent development is mostly a crapshoot, after all. If you spend €60m, you’re not six times more likely to succeed than the guy who spent €10m, but you need a bulls-eye first try. If you spend €10m, you only need to get it right once out of six attempts. Plus, if you get it right more than once, your ROI skyrockets. If you’re running a business, then that’s definitely what you want.

Not buying the latest French or Brazilian talent might sound boring, but it’s practical. That fits Bayern to a T.

Bayern aren’t the only ones seeing the potential here. In the rush to sign the best players in North America, our fellow Bundesliga competitors may be our biggest obstacle. Several Americans already play at various levels for Bundesliga clubs, and by this we mean players who trained in and came from the United States, not American-origin players coming from a European youth system.

Alongside the well-known Christian Pulisic, there’s Schalke’s Weston McKennie and Werder Bremen’s Josh Sargent. Stuttgart wanted to sign Alphonso Davies, but Bayern Munich beat them to it. Now, Tyler Adams, the player who came second in MLS’s 22 Under 22 behind Davies, has been signed by RB Leipzig from the New York Red Bulls.

Right now, all these players (with the possible exception of Pulisic) are just talent, i.e. they’re bets based on future potential. However, their presence in the Bundesliga proves that there is a ton of talent North America, just waiting to be tapped. Maybe, when other clubs catch on and choose to join the bandwagon, Bayern Munich’s decision to adopt early might give us the edge.

Ahead of the curve?

It’s likely that as transfer fees in Europe continue to rise, Bayern Munich could find itself going further and further afield to find budding players for its youth system. Like North America, the far east is a pretty good place to look. Bayern Munich have been opening football schools in China, and South Korean teenager Wooyeong Jeong recently made his debut for the first team against Benfica in the Champions League.

In addition, the club hosts a Youth Cup in India every year, which is part of the same strategy. [Personal note: I would kill to see an Indian play for Bayern in my lifetime.] While European talent will always be the focus, especially local German talent, Bayern seems hell-bent on diversifying as soon as possible.

This policy might not bring us dividends any time soon. However, as the landscape of football changes, we can be rest assured that Bayern Munich are changing with it — in fact, we might be ahead of the curve.