Sinan Kurt made his Bundesliga debut on Saturday in Bayern's 1-0 win over Hertha BSC. It was a shift filled with red flags and questions that cement that he's still just a prospect.

Share All sharing options for: Sinan Kurt's Bundesliga debut was unspectacular at best

In Saturday's 1-0 win over Hertha BSC, Bayern Munich's newest prodigy took the field for his Bundesliga debut. Sinan Kurt made a much publicized €5M transfer from Borussia Mönchengladbach to Bayern Munich last summer and has spent the interim eight months bouncing around between the senior team and the U19 squad. It was exactly the debut performance you would expect from an 18-year-old: unspectacular.

Coming on at the start of the second half, Sinan Kurt replaced Gianluca Gaudino and slotted in on the right wing while Philipp Lahm moved into central midfield. From that position, Sinan Kurt's raw statistics look like he performed decently: 28 passes at 93% accuracy, 6 crosses, 1 shot. It's an altogether solid looking performance from that angle. 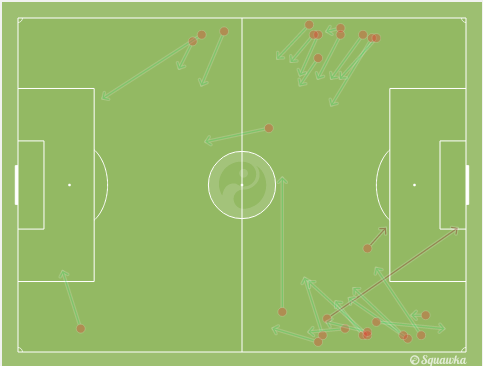 When you start digging down into it though, the happy feelings quickly evaporate for a player who has been billed as the heir apparent to players like Marco Reus and Arjen Robben. Kurt's passing map is ugly at best. While his passing accuracy is healthy to see from a retaining possession and not taking unnecessary risks perspective, only three passes in his entire shift are forward passes. Of those three, two are incomplete. Add in that he only attempts one take-on in the entire match and suddenly he looks very out of his depth. 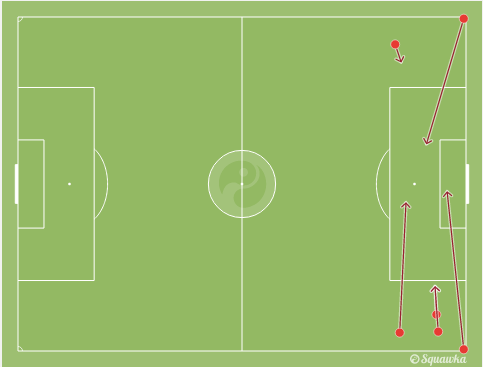 Beyond the passing concern, when you start digging into what Kurt was able to do when he found himself in dangerous attacking positions, things aren't rosy either. Of the six crosses he's credited with two are corners -- and should be stricken -- which leaves us with four crosses, three of which were blocked. That speaks to an inability to create space and room in possession and on the dribble. That was something Mitchell Weiser was having no problems doing on either flank. Now add in that Kurt's lone shot on the night was also blocked.

Granted some of this criticism might be unfair given that Hertha BSC were a rock in defense on Saturday and no Bayern Munich attacking players looked great. Juxtaposed to that fact though is given the way Bayern Munich tried to emphasize the wings in this match with Mitchell Weiser, you'd expect to see some at least some production from Kurt as well.

With the recurring injury problems to Franck Ribery, the idea that Bayern have a youth prospect they could slot in to earn Bundesliga minutes is an enticing thought and one that could have made it so the team didn't need to go out and find wide attacking midfield depth this summer. With Sinan Kurt's showing on Saturday, there's every reason to believe that position is going to be on Bayern's shopping list this summer. Sinan Kurt has four more matchdays to prove that action wrong but Saturday's game showed he has a way to go before he's ready.