After their season-opening win against Borussia Mönchengladbach, Bayern look to build and improve upon the campaign's first victory. Meanwhile, Eintracht Frankfurt hope to bounce back from a disastrous first match in Berlin.

All things considered, the Gladbach match could have gone less favorably for Bayern.

A tad less clinical (or in Robben's case, brilliant) in front of ter Stegen's goal and anything less than Neuer's standout performance for Bayern and FCB could be lamenting dropped points.

Several key defensive mistakes were made that nearly led to goals on the Borussia counterattack, in addition to Dante's own goal. The good news is, though, that those mistakes were mostly communication-related, meaning that those issues should get straightened out over time. Not that it's good the mistakes were made, but such occurrences have to be expected when players are adjusting to a new system.

The more troubling part of Bayern's performance has to do with how the Gladbach counterattacks came to be in the first place. Pep's 4-1-4-1 is a decidedly more forward-positioned formation than the previously used 4-2-3-1 in that the bulk of the midfield roams in an attacking position since Bastian Schweinsteiger's usual pivot partner, Javi Martinez, has essentially had his position from last season eliminated. 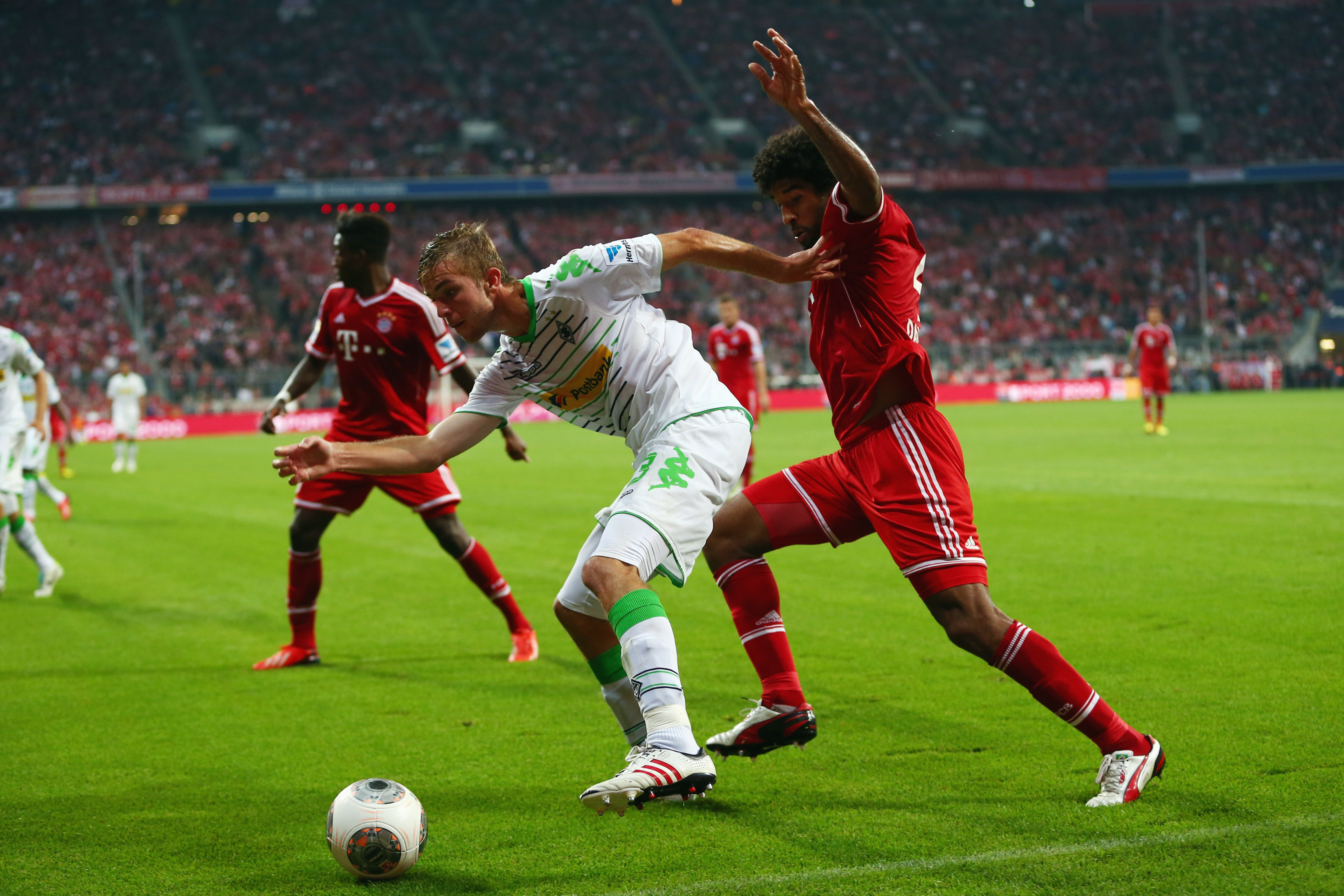 Last Saturday's win over Borussia Mönchengladbach was fraught with defensive miscues and there is some serious work to be done in MatchDay 2.

When the lineups for last week's match were released and Toni Kroos' name appeared on the teamsheet, most came to the conclusion that he would return to his 2011-2012 role of dropping back to help Schweinsteiger in the defensive midfield. This was not the case, however, as Kroos played nearer Müller than Schweinsteiger, leaving Bayern exposed in the midfield areas where they cut out so many potential attacks last season.

Likely, Guardiola will eventually find a way to do the same, but in the short term this has to be a concern for the coaching staff.

And the short term includes Eintracht Frankfurt, who made a serious push for Champions League football last season after winning promotion the season before. The Eagles will compete in the Europa League via their 6th place finish last year and have their first match in that competition five days after their Bayern fixture.

Most expected the Eagles to at least compete for a point away to newly promoted Hertha Berlin last weekend, but no such competition took place. Eintracht were demolished (6-1) in Berlin's Olympiastadion in one of the biggest opening fixture shocks in recent memory.

After the first half, things weren't looking too bad as Eintracht only trailed (2-1) having scored a goal of their own through an Alexander Meier penalty, and held that scoreline until just before the hour mark when the floodgates truly opened. Ronny, Ramos and Allagui (who scored twice) partnered for four goals as Hertha ran away with the match.

After the match, Eintracht manager Armin Veh could be found proclaiming his views regarding dogs being better house pets than monkeys to anyone who would listen.

"Gladbach have shown that Bayern are vunerable," Oczipka said to German tabloid Bild.

"We played very, very well against them last season, both in Munich and at home" he continued.

And he's right. Bayern had to work very hard to get a goal (a Schweinsteiger backheel flick) in the match that guaranteed FCB's quickest-ever Bundesliga title.

With talented players at the attacking positions, Eintracht figure to have many of the same chances against Bayern that Mönchengladbach did, and could easily get on the board in this match. Far more up in the air, though, is their capability to halt the Bayern attack that hasn't skipped a beat since last season.

Bayern have amassed a (42-21-21) record all-time against Frankfurt, and the leading scorer in those matches is Gerd Müller with 19 goals to his name.

The match is at 15:30 Frankfurt time, that's 8:30 am for those centrally located in the Americas and can be found on Gol TV in the US and Canada.

Wolff Fuss is behind the microphone on all German feeds and Bayern figure to wear their infrared kits from last season against Frankfurt's red and black stripes.