At the start of the season, FC Bayern II made it a priority to earn promotion to the 3.Liga. We don’t have to think a whole lot about why that’s a good idea, as clearly better standard competition would be a great boon to all of the Bayern reserve corps. To this end, the front office brought in veterans Tobias Schweinstegier (from Jahn Regensburg) and Stefan Buck (from 1860 München) to supplement their youth (They also brought in Altin Lala from retirement, who played 3 matches before injury derailed his season).

At the end of November , they sat 7th on 37 points, with 9 wins and 10 draws through 24 matches, 8 points below the league leaders. In what was an obviously disappointing season to date at that point, the FC Bayern II side had only scored 33 goals in 24 matches: a 1.375/match pace, while their defense was rock solid, having conceded the fewest goals (19) in the entire Regionalliga. Loaning out Tobias Schweinsteiger to 3.Liga side FC Unterhaching at the winter break was an unusual choice given their stated goals, and his production for them at the striker position, along with the loan of winger Mitchell Weiser to FC Kaiserslautern.

As the season resumed in early March (yes, they take 3 months off for Christmas), the Bayern reserve team subsisted in hanging between 5th and 7th place in the Regionalliga for the next month and a half, before they rattled off an 8 game winning streak to end the season, garnering 24 points and stampeding up the standings to finish second in the Regionalliga Bayern on 73 points, from 21 wins and 10 draws.

To date, there has been some degree of turnover, as players have left the team, four of whom saw significant minutes last season: Antonio Pagallo (LB), Fabian Hurzeler (CM), Marius Duhnke (FW) and Dale Jennings (FW). Coming the other way has solely been the addition of goalkeeper Andreas Rossi from FC Ismaning, replacing the departed and nearly unused Maximilian Riedmuller, along with reports that U19 striker Julian Green, who has had a very exciting preseason to date, will also be joining the reserve team.

Along with the changing of the season, comes a change in the coachin squad as 2012/2013 reserve coach Mehmet Scholl has left the team due to his work as additional work as a pundit for ARD. According to Süddeutsche Zeitung, Scholl's punditry, which was overly critical of several FC Bayern senior players during international competitions, set him at odds with Bayern management, including Karl-Heinz Rummenigge.

In response to this departure, Bayern Munich has brought in lauded coach Erik ten Hag from the Go Ahead Eagles in the Netherlands. Recently as the head coach and the sporting director of the Go Ahead Eagles, ten Hag led the team to a 6th place finish, qualifying for the promotion playoffs, and succeeding in winning promotion to the Eredivise for the first time since the team was relegated following the 1995/1996 season.

The upcoming Bayern Munich II season kicks off with a new coach, and a new look to the squad. In the past year, several players have transition from the youth team to the Bayern Munich senior team most notably Emre Can and Pierre Hojbjerg. With the depth in the senior team, I could see Hojbjerg earning minutes with the reserve team again this upcoming season, but the truth is their skills have eclipsed what they can learn with the fourth division side, and should be sent out on loan. The same might also apply to Patrick Weihrauch, although this may be a half season loan similar to the situation with Mitchell Weiser last season, and dependent on his performance over the first half of the season.

For the FC Bayern II team, the true standout this season is most likely going to be Alessandro Schöpf, who in 29 performances last season contributed 11 goals and 8 assists to the reserve squad, and his contribution is going to be the key in earning the reserve team promotion to the 3.Liga this upcoming season.

In looking forward to the upcoming season, these are my guesses at Ideal XI starting formations, in both a 4-4-2 and the 4-2-3-1, formations that Mehmet Scholl employed in the previous season. 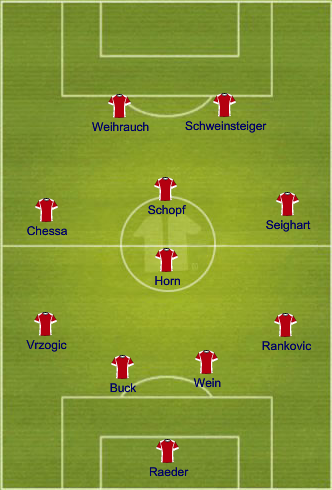 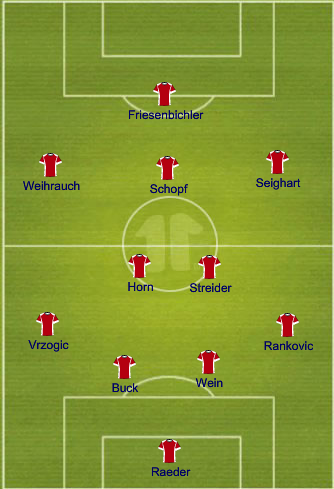 Be sure to follow along this season for the exploits of the FC Bayern II team as they try to win promotion from the Regionalliga Bayern again, this time with a promising new coach. They open their season on July 13th against SV Heimstetten.