Get out of our house.

Share All sharing options for: Get out of our house. 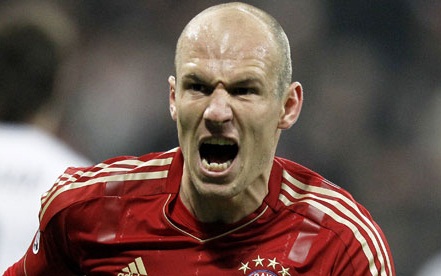 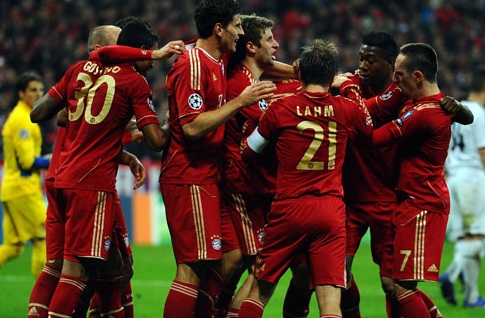 I'm not even watching the draw for the next round.  Give us anyone you want.  Give us Barca.  We don't fucking care.

Some of the comments everyone has left - in case they get eaten by the system, I'm reposting them here.

Holy fucking shit what a game! felt like 3 hours of pure fun. Exept for the first minutes of course when i almost crapped my pants lol. Well can the Gomez doubters stfu for a while now? And I will try to be more kind to Robben of course :)

I FEEL LIKE IM REALLYY HIGH… what a win. what a perfomance. intoxicating shit.

OMG what a goal from Thomas!!!

@Havde, I will never, ever, ever say another word of doubt about Gomez again. He came to play when we needed it the most!

Huge performance from Bayern and it was on all fronts offensive defensive, everything clicked.

I guess Barca ain’t the only team in Europe that can put 7 on the board in a CL game at home!!!

i dont know if i was really watching bayren play or if it was another one of my daydreams. earlier today i had a fantasy that bayren won 8-0 with gomez scoring 6 goals, it almost came true. Mia-san-Mia

omg, and did yall see the look robben gave Joo-Ho, when he fouled him, i even got scared.

@eddinanM3, we put 7 goals and conceded 0

…I think its time for me and some others to eat some crow with regards to JH….I wonder if he is finally allowed to let us play like Bayern….not a mini-me Barca?

@Havde
He played a great game, but I still don’t like him lol. But seriously, if he could play like that not even every game, just most of the time, then you wouldn’t he wouldn’t be my scapegoat.

Anyway, what a game. I love that Muller got a goal, and it came from Robben’s pass. The more they play well together then the better things will turn out for us. Not much drop in Ribery’s form either with the Lahm switch. With this current form, who gets benched for Schweini?

I hope that this carries over in an away game, that will be the first true test of this new found form. Until then, I don’t care about anything.

I’d echo Lahm here.. no Barca or Real… but

IF we were to be given such a draw at all, let it be given to us for the Final.

so now muller or kroo? hmmmmmmm….

A very big and comprehensive performance from Franck Ribery in the Allianz Arena, you can say he loses the ball too much or sometimes complains too much, but you ca never question the quality and desire that he brings to the pitch when he plays. Franck was the man of the match for me as gave Basel more headaches than Vogel could have ever imagined in his worst nightmare! I was very happy for Franck and the team as a whole, the chemistry seems to be much better and people are going the extra mile to do more than their share and that is key.

You got to be happy for Muller too as he finally hit the net with a very nice shot to get us going, I hope that gives him some much needed confidence going forward for the rest of the season.

@911, the odds are that we get one of those two in the semis at the least if we can the there. For now I am just happy to still be playing and we will give anybody a real dog fight in the quarterfinals!

Ribery was amazing! I also loved to see how well Robben and Lahm plays together, Lahm should stay on right side. If Schweini will start the next one, I’d replace him with Goose.

I never expected anything this good! MIA SAN MIA!

Robben is not a 100% yet but he surely is progressing.
He seems to do better with Lahm on his side than Rafinha.

I think one thing we really should take away from this is to let of Jupp. How many of us would have thought switching Lahm to the right would make such an impact??

It is at moments like this that I really don’t understand goal.coms ratings. Gomez was amazing and I don’t begrudge him his 9.5 rating at all, but surely Ribbery deserves at least a 9. And while Somner made some great saves, Neuer made a couple saves as well. Somner had 7 go past him and he gets a higher score than Neuer? Are you kidding me? I am happy with Kroosie’s 8. He had a good game.

As to who to play and who gets left out, I still want a Kroos- Scheini pairing with Mueller in the hole and Robbery on the wings!

thank you lads, you all just did what i have in mind. thank you, thank you. Congrats to all Bayern fans! mia san mia!

Our thin squad is pretty much what we need to live with for the rest of this season – you may be right about Basel’s toughness but we will only know for sure after the next 2 away games. Also that implies Benfica are better than both Man Utd & Basel as they topped their UCL group and 2nd in the Portuguese Superliga.

I am half-convinced this team can do the job, but the Berlin & Gladbach games are crucial and we can answer all our critics by just winning both of them (no need for a fancy 7-0 drubbing, of course I would prefer that nonetheless!)

I’m kind of happy that the team went through that little spat of a time. I’d rather of have it in the past and drop points then rather than in a few weeks. BVB is so close they can smell blood and will drop points to us and a few others, BMG will have a trial beating one of the best european teams for a 3rd time this year, and I say bring on Real or Barca in the CL (actually just kidding about that). FCB is still fighting on 3 fronts and can/will bring home some silverware! I What doesn’t break this team apart will only make it stronger. I can’t wait to get to Munchen and see a game or two. MIA SAN MIA!!!

OK, now what is Jupp going to do with Alaba??? Leave him or move him? And what happens when DVB is healthy?

@Vrdo4ever, I will drink to that.

@Seth_VH no truer words were ever writ…I was thinking the same thing myself. Could it be diabolically great strategy? Coming into the business end of the season and being poised right behind the BL leaders, no one expecting greatness and all of a sudden….a runaway freight train of a football team that everyone thought had imploded!!…I wouldn’t put it past the likes of Heynkes, KHR and ULI!!