I’ve always been somewhat underwhelmed by International Friendly Day. During the Euro Qualifiers, at least some of the matches always counted for something. Even if it was a game between two national sides you didn’t really care about, you can always find someone to root for when the players are giving 110% percent in trying to make the Euro Championships. On Friendly Day, we’re often left with players trying to win amidst also trying to avoid injury and impress their coaching staffs. Still, this can give us a chance to see Bayern players in their native habitats, and maybe even a good highlight or two. And anyway, there isn’t much else going on until the weekend.

None of FC Bayern’s Brazilian players were named for Mano Menezes’ squad, despite unlimited substitutions and 22 players making the trip.  OK, so Breno isn’t fit and Rafinha hasn’t seriously figured in Brazil’s plans for a few years now.  But Gustavo made the cut in several of Brazil’s friendlies last year, and this was supposed to be a match where the Selecao were going to give some of their younger guys a chance.  Do they really have 8 midfielders who are more important to their future than Goose?

Maybe they do, I don’t know.  Just a little disappointing.

This was is NOT a friendly, it’s an actual meaning match in AFC World Cup Qualifiers.  But Usami won’t be attended, so I most recently heard - the travel was too big an order for him to get clearance.  This is becoming a frustrating and disappointing story, so I’d rather pass on commenting on it for now.

According to uefa.com, both Ivica Olic and Danijel Pranjic are on Croatia’s squad list.  Pranjic was on the outs with Slaven Bilic for a while, but apparently they’re cool now.  Let’s hope these two log some good minutes, but also avoid getting hurt.

Zlatan facing the rest of the “-vic” crew is an interesting subplot.

So, to review … Arjen Robben: (1) thinks he’s been thrown off his game by not being named a starter for every match, despite (2) also saying he’s still dealing with lingering injuries and hasn’t been pain-free for months, yet (3) will be playing for the Netherlands tomorrow at Wembley.  I don’t even know how to try to reconcile all of those positions with each other.  If he gets hurt again tomorrow, he might as well stay in England and maybe we can fob him off onto Roman Abramovich.

I will be rooting for Netherlands, though, as it’s always fun to watch those Three Lions squirm.

Can’t seem to find any up-to-date information on this one.  I believe the last time out, Bayern’s David Alaba did feature for Austria, while Bayern II’s Toni Vastic did not.  If anyone has the inside story on the Austrian National Side, let’s hear it.

For Die Nationalelf, Philipp Lahm is out with a sore knee, and is questionable to return for Bayern this weekend.  Manuel Neuer will also sit to give Time Wiese a chance in goal.  Gomez will start on the bench, as Klose still gets the nod at striker.  And, of course, Bastian Schweinsteiger is still out with an ankle injury.

Badstuber, Boateng, and Müller should all start, and I imagine Gomez will get off the bench at some point.  On the French side, Ribery is set to play for a side that played well enough to win the group in qualifiers, but that’s still not feeling 100% confident after the South Africa debacle.

We’ll try to get video highlights of these matches as possible.  I’m sure I’m forgetting someone - van Buyten is hurt … Contento is still hurt … Petersen hasn’t made the National side yet (and perhaps never will) … if you can think of something I forgot, or you have any information on the Austrian situation, e-mail me at bayern.offside@yahoo.com, or just let us know in the comments.

Last item: Mesut Özil was named Germany’s player of the year for 2011, and will receive his award tomorrow prior to kickoff.  There are a million Özil pictures flying around the internet, but I think this is my favorite: 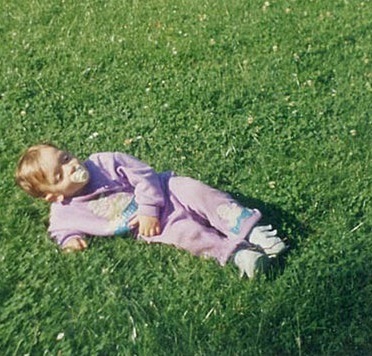