Bayern Munich remains undefeated in league play, and the club has won 11 of 12 across all competitions. But with BATE Borisov still topping the group table in Champions League play, Bayern will be feeling the pressure to pick up a win in ...

Match Week 3 of the 2012-2013 UEFA Champions League Group Stage. Although Bayern will come in as favorites, it's never easy to win on the road in CL play. This is possibly the most important match the club has faced thus far this season; fortunately, some of our injured pieces are returning, and recent form has been very encouraging.

Gomez is not ready to return, and Robben is still nursing a muscle injury in his thigh. David Alaba is back, but he came off the bench rather than starting this past weekend (and was used in more of a midfield role, as opposed to his usual LB spot from last season). Franck Ribery, meanwhile, is fully fit and will be looking to shine against the club for which he played as a teenager.

In the central midfield, it's hard to know what might happen, as Javi Martinez was brought in to be part of the foundation, but Gustavo has been playing too well to ignore. Here's my guess - as always, this is just speculation:

I wouldn't mind seeing Alaba get the starts and Badstuber moved to CB. But this is what I think will happen, not what I would do if I were in charge. Alaba, Gustavo, and Shaqiri would be the most likely subs under the above formation; if any of them start, whoever they replace will instead become a very likely sub.

Les Dogues were French champions in 2010-2011, and had another good campaign last year. They finished the 2011-2012 season with 6 wins out of their last 7, including a beating of PSG in late April that pretty much ended PSG's title hopes.

This season, with Eden Hazard having moved across the channel to Chelsea, Lille has struggled a bit. They've won only twice out of 9 matches in Ligue 1 play, and they are winless in CL action. As it turns out, losing to BATE might not be as embarrassing as once thought; still, they definitely feel like they need a win here. With a trip to the Allianz looming on the return leg, Lille could almost be out of the running if they get beaten tomorrow.

Probably the most well-known player on the roster - and certainly the one whose name would be familiar to Bayern supporters - is Solomon Kalou, Ivorian international who was on the Chelsea squad that beat us in the CL Final last season. But Kalou come off in the 84th minute, with Bayern winning 1-0, so ... yeah. You don't scare us.

But the focal point of Lille's offense this season seems to be Dimitri Payet a speedy wing who came over from Saint-Etienne. Across all competitions, Payet has 38 shots and 15 shots on goal, both more than twice as many as anyone else on the Lille roster. They also have Aurélien Chedjou, a Cameroonian defender who can be threatening if he gets forward (3 goals in all competitions this year, most on the team).

Overall, though, LOSC has won only once in their past 8, and their defense has conceded 12 total goals during that period. GK Mickaël Landreau, one of the more reliable 'keepers in France for years, has been very ordinary, missing a chance to clear a cross in Lille's recent loss to Valencia, and also costing Les Dogues a match vs. Stade Rennes when he failed to control a rebound. If Bayern can keep the pressure on, the opportunities should be there; the key will be to avoid getting hit on the counter-attack and to make the most of such chances that there are.

Elsewhere in the Competition

Valencia gets to try their luck vs. BATE. A win would leave both clubs on 6 group stage points, while a loss or draw for Valencia means that BATE still leads the group (regardless of the Bayern outcome) for now. In other groups, Chelsea travels to Donetsk, Man U hosts Braga, and Barcelona tries to maintain their perfect record against Celtic.

On Wednesday, both of the other remaining German clubs are in action. Schalke 04 will visit Arsenal with a chance to take control of Group B. Dortmund, coming off a loss this weekend, will host Real Madrid, while Ajax and Man City also play in that same group. Champions League is just the best, is it not?

- Our match will start tomorrow at 8:45 PM Lille time. To figure out the time in your current area, check this graphic (you may need to click AM/PM to get it to show you):

- Lille has a new ground, the Grand Stade Lille Métropole. It just opened up this summer, and reviews have been positive. Also, if I'm reading this correctly, they have a few ultra/hooligan fans who have battled with PSG supporters in the past:

Other than the caption, I have no proof of who was involved in that brawl, so who knows what really happened. But please be careful if you're going to the match, though, and don't drink too much.

- This is as good a time as any to admit that Lille is probably my favorite French team, and one of my 5 favorite non-German teams overall. But the only reason is that they have such a great mascot. What can I say? I love mastiffs. 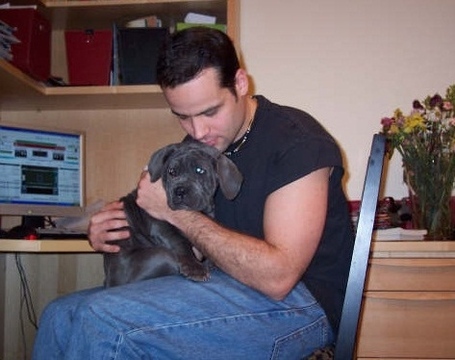 Match day thread will be up tomorrow as soon as the line-ups are available. Thanks for reading.