In an inter-continental friendly match, to take place in Doha, Qatar. We usually don’t preview friendlies, but it’s an interesting event and there ain’t much else going on. FC Bayern is only two days off a 13-0 win over SC Al-Sailiya, a Qatari club, while Al-Ahly is in mid-season form, having just won 3-0 vs. El-Geish in a league match. This will kick off at 7:30 PM Qatari time, which means 5:30 PM in Germany, 4:30 PM Greenwich mean time, and … 11:30 AM Eastern here in the States. Ouch. You guys might have to fill me in on the first half. 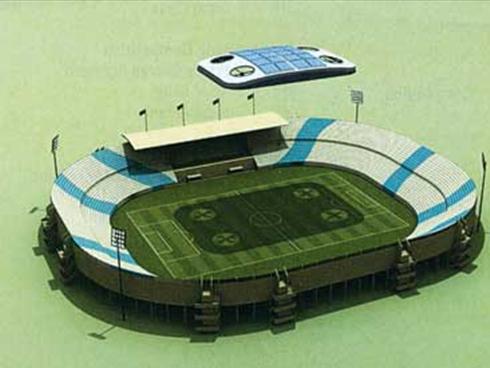 It’s a good bet that a lot of guys will get a chance to play, as there will likely be free substitutions.  This was the case in Wedensday’s friendly, and Bayern performed a complete switch at half time.  Our line-up(s) looked like this:

Note that, for the second half line-up, the club’s site just lists those 5 as midfielders, without delineated CDMs and the “forward line” midfielders.  I’d be interested to see who played where, and whether Usami was on one of the far edges or one of the 3 interior spots.  Anyway, Bayern controlled the first half and carried a commanding 3-0 lead into the break, but it wasn’t until the second half when the floodgates opened.

I’d bet Jupp Heynckes mixes it up a bit, but either way it’s good to see that (1) Rafinha is on board and the visa issues have been worked out, and (2) Usami, Contento, Pranjic, and Breno are all getting a chance to play.

Al-Ahly is a Cairo-based club with an immense tradition - they’ve won the Egyptian Premier League 36 times, the African Champions League 6 times, the Egyptian Cup 35 times, and they were named by the Confederation of African Football as the Club of the 20th Century.

[Interesting side note - any guess as to who FIFA named as the Greatest Club of the 20th Century, without any regional disclaimers?  I learned this by reading it on a plaque in their trophy room.  It said something to the effect of “FIFA has named ____ the Greatest Football Club of the 20th Century - which, as we all know, essentially means the greatest club ever.” ]

Known as the Red Devils (already, I can’t stand them), Al-Ahly is led by former Tottenham man Hossam Ghaly and Egyptian national team star Mohamed “Gedo” Nagy.  Their roster also includes a handful of internationals, including the Brazilian Fabio Junior, who’s played with Vasco de Gama and a few other recognizable clubs.  One more interesting note - these Red Devils used to be managed by Rainer Zobel, the former Bayern man who contributed to our European Cup three-peat in the 1970s.  Zobel steered the club to consecutive Egyptian Premier League championships, but left after locker room problems, including a dispute with the talented but volatile Hossam Hassan.

As mentioned, Ah-Ahly is deep in the midst of an important league season.  This could be taken one of two ways … either they’re already in great form and will be ready to roll from kick-off, giving them an advantage, or their best players will be a little less fresh after a few recent meaningful matches, giving Bayern an advantage.

- The weather forecast calls for a relatively mild 71 degrees Farenheit at kick-off time tomorrow.  Great day for a ball-game.

- Unlike Bayern, Al-Ahly hasn’t been around all week - they just arrived in Qatar last night.  I would worry that Bayern had been the side that was more likely to go soft after a few days of vacation - but I guess there isn’t too much partying to be done in Qatar?

- Bayern will head to India after this friendly.  We’ll be back with some coverage of that next week - and for the friendly in Delhi, we may even have a line on some pictures.  Thanks for reading.

2-1 is your final.  Looked like it was headed for a draw, Olic saves the result with a late strike.  Bayern looked a little sloppy for much of the second half, especially in the middle acres.  Passing wasn't very accurate, Al-Ahly won most of the loose balls.

Al-Ahly's goal - maybe offside?  Either way, a nice play by the Egyptians:

I can't find any footage of the third yet, the Al-Ahly 'keeper made a lunging play to knock it away, but it fell right to Olic.  His rebound shot was deflected but still found the net.