Happy 2012 to one and all! Shaping up to be a big year for Die Roten, and hopefully a healthy and successful year for all of our crowd of supporters as well. For the players and coaching staff, the Christmas vacation is over, and winter training camp in Qatar began yesterday. Well, it began for everyone but Rafinha, who was left behind when his travel visa wouldn’t clear. ESPN’s Soccernet reports that the glitch was the result of "problems between Brazil and Qatar concerning the visa." Which is interesting, because Gustavo seems to have cleared just fine. 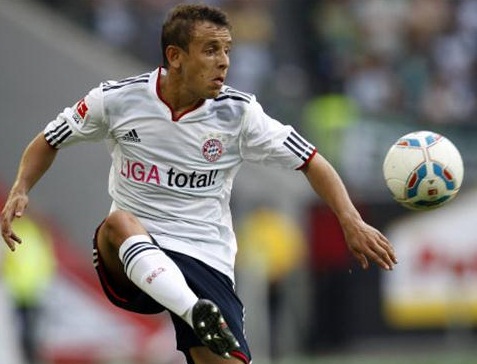 At any rate, the rest of the club is in Doma, Qatar, for winter camp.  Breno was a last-minute addition; the conditions of his release specified that he couldn’t leave the country, but his attorneys were able to win an appeal.  And if he's healthy and mentally prepared, Breno could be a useful addition to the roster.  So it will be a full squad once Raf joins tomorrow.  For the next two weeks, here’s what the club’s schedule will look like:

January 7th - friendly match vs. Al-Ahly in Qatar - and our thanks to Quaazi for pointing it out

The new season opens on the 20th of January, I believe, and the first few matches are important.  We play ‘Gladbach first, a club that beat us at the Allianz the first time around, and that currently sits just 4 points behind us.  Then a pair of mid-table opponents (although travelling to the Imtech Arena to take on Hamburg can be tricky), followed by our Pokal quarterfinal match-up vs. Stuttgart.  Altogether, we play 6 matches between the end of winter break and the start of Champions League play.

On that note - as we tweeted over the weekend, the Swiss FA has met UEFA guidelines by punishing renegade club FC Sion, so Basel is cleared to play in the Champions League.  This is good news, nto so much out of any fear of playing a replacement club, but just because now the boys know who the opponent is and can prepare appropriately.

On the transfer front - with the recent news that Olic and Pranjic will not be leaving during the January window, the Marco Reus rumors appear to have cooled down.  With Schweinsteiger fully healthy and Kroos available to play a more forward role, it seems that Nerlinger and the board are prepared to go to war with the army they have, as the saying goes.  Of course, this could all be a smoke-screen and we see Reus in a Bayern kit in time to take on his old club on the 20th.

We’ll be back later this week to break down any news, and hopefully with some photo or video footage from Qatar.  As always, if you hear of a story or transfer rumor you want to see covered, contact us at bayern.offside@yahoo.com.  Happy New Year!