Peeking over at Phil’s last game preview vs. Kaiserslautern, it looks like I just copied everything. I promise, it was not intentional. Since the opening 1-0 loss to Mönchengladbach, Bayern have yet to concede a goal, while striking 9 times in the Bundesliga. In the meantime, Freiburg have stumbled out of the gate this season, allowing a draw with lowly Augsburg, and losing to Mainz and Werder Bremen in consecutive weeks before finally picking up their first win against VfL Wolfsburg.

It looks like Jupp Heynckes will go with a 4-2-3-1 lineup consisting of:

Freiburg will most likely set up with:

Mujdza will be a game time decision, depending on his recovery from a knee injury.

Things to watch for:

Injury reports: As mentioned earlier, both Mario Gomez and Daniel Van Buyten are set to return from their injuries on Saturday. Robben will sit out again, with the hope that his groin and back injuries will completely healed in time for the Champions League match at Villareal on Wednesday. 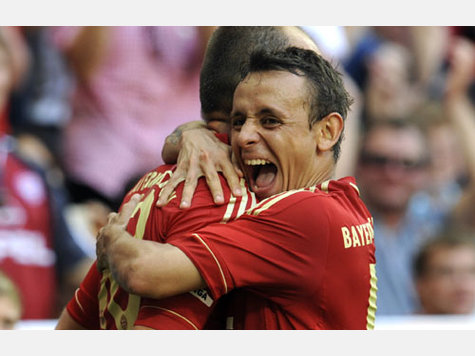 "AHHHHH!! You scored a goal! I freaking love goals!!"

Thanks for reading and for the support!