Share All sharing options for: Preview: FC Bayern vs. Schalke 04

In match week 6 of the 2011-2012 Bundesliga season. Bayern comes in flying high, having won 7 straight across all competitions and not conceding a goal since early August. Schalke has also played well for most of the season, winning 3 of 5 outright in the Bundesliga and looking good in their early Europa League and Pokal matches. But the Royal Blues have slipped up a bit in the past week, losing to Wolfsburg last weekend and then managing only a draw vs. Steaua Bucuresti in midweek play.

Both clubs traveled in European play this week, Bayern to Spain and Schalke to Romania. Neither side will bring a true advantage as far as rest/freshness. A win for Schalke would put them in a tie right behind co-leaders Bremen and 'Gladbach, while a win for Bayern would bring us above those two and a draw would bring us level. So both clubs have plenty to play for, even without considering Neuer's emotional return to the Veltins-Arena.

The weekly injury report for Die Roten: Robben is still out, van Buyten has also been ruled out, and Gomez is a "maybe."  van Buyten, while he has played well in most of his time this year, is not a huge loss - Badstuber-Boateng is probably a better CB pairing anyway, and Rafinha is certainly our best option at LB.  The only real consequence here is that, if we do go to the bench defensively, Contento and Breno would be considered options. 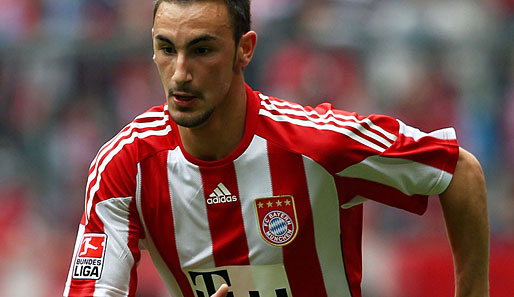 The one time I leave town, he gets in the game

Gomez has a groin strain which, we are told, "could prevent him" from playing.  If I had to guess, I'd say he won't play, just because it's the kind of injury that risks further aggravation if you try to come back to early.  So, possibilities as far as our front 4 include (up-top/lead striker listed first for each, followed by wing-second striker-wing line from L to R):

I guess there could also be some combination that involves Kroos but not Müller.  I'm hoping against that.  My guess would be the first choice listed above - the same way we finished the Villarreal match.

Lost in our recent offensive explosion has been Neuer's shutout streak of over 650 minutes.  He hasn't had a lot to do during that time, but he's made a few good saves, including two vs. Villarreal this past week.  You know he'd like nothing better than to keep that streak going when he visits his old club.

Although losing Neuer was a huge blow, Schalke has rebounded pretty nicely this season.  Their top three of Raul-Huntelaar-Farfan is as good a strike force as anyone in the Bundesliga outside of Bayern.  Their two losses in BL play both came on the road against respectable clubs - Stuttgart and Wolfsburg.

The Royal Blues' back line is anchored by Benedikt Howedes and Christian Fuchs. This duo completely shut us down in Gelsenkirchen last year, as Schalke prevailed 2-0.  Bayern handily won the return match this past April, but this was when Howedes was absent and Schalke was in the middle of their Champions League match with Man U.  So when they're all healthy and accounted for, the Schalke defense is a tough nut to crack, especially with Robben and (probably) Gomez out.

- Rain and wind are in the forecast for tomorrow.  Schalke's ground has a retractable roof, which will probably be closed for the match.

- Dortmund and Hannover play in the early match tomorrow, with both clubs languishing in disappointing mid-table position.  Loser of that one is in a huge hole.

- ESPN 3 is not running Bayern's match, but it will be on Gol! TV.  I'm going to head out to the bar to watch it.  If anyone in the DC area wants to join me, e-mail me at bayern.offside@yahoo.com tonight or tomorrow morning.

- Lastly, given the injuries and the crush of games in the past 2 weeks, I have a hunch we might see some less familiar faces tomorrow.  I already mentioned that Contento and Breno would be the first defensive subs.  There's also a chance Usami could play, or something else weird (like Tymoschuk at RW?).  So tune in early and see if we get any word on the line-up.  We'll have the Match Day Thread going from early in the morning, and then return after game time with a recap and some video highlights.  Thanks for reading.