In week 3 of the Bundesliga. Bayern comes off a mid-week 2-0 win over Zürich that leaves us in great shape to advance to the Champions League group state, but that still had too many blown chances and unforced errors. Hamburg, meanwhile has struggled out of the gate, getting thrashed by Dortmund before drawing vs. newly-promoted Hertha Berlin. With both teams yet to find their best form and both desperate to avoid falling into an early hole, this promises to be a pretty big game for week 3. 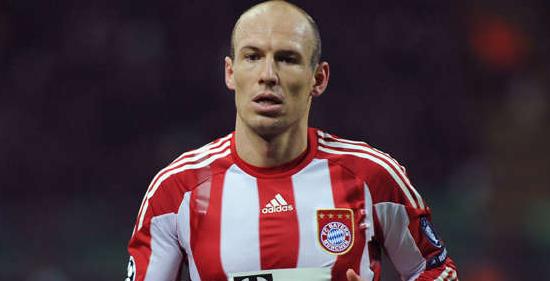 If he repeats his last performance vs. Hamburg, we're in good shape

Bayern had figured to go into the season with the standard/first-choice line-up as follows:

Unfortunately, this hasn’t happened yet, because Ribery was injured in week 1, Robben was out last weekend, and Kroos got the start instead of Müller in the Zürich match.  Personally, I feel like any ideas that don’t include Müller are illogical, but to be fair it was a mid-week game against a lower-skilled opponent, and Kroos looked sharp in the pre-season.  So, I guess there are three ways to look at the line-up situation:

(1) Now that everyone is healthy and we’re playing a pretty meaningful Bundesliga team, we’ll finally see that expected standard starting line-up for the first time.

(3) That was never going to be our starting line-up, and my predictions were just entirely wrong.  I’m wrong a lot, but to be fair this is how most observers though Bayern would be starting a majority of this season’s games.

Starters haven’t been announced yet, so we’ll probably be back to update this between now and Saturday morning.

Hamburg was playing well and had themselves right in the thick of the race for Europa League spots last year, up until the final two months of the season.  They won only once in their final 11 Bundesliga games, a stretch that included a 6-0 demolition at the Allianz Arena and a draw vs. Monchengladbach that helped the Foals stay out of the automatic relegation spots.  Even with their late-season collapse, they finished a respectable 8th and came into this season in a relatively optimistic mood.  In the preseason Liga Total! Cup (granted, not the world’s most intense competition), they looked dangerous in beating Bayern in the opening round game.

But once the 2011-2012 Bundesliga campaign kicked off, Hamburg ran into trouble.  I don’t know if anyone caught their week 1 match vs. BvB, but the 3-1 final score line doesn’t fully indicate how badly they were beaten - die Rothosen could have conceded 5 or more goals, and every time Dortmund got control of the ball they found spaces in their defense.  I didn’t see their match vs. Hertha B last week, but you have to think they were hopeful of getting three points at home against a newly-promoted side.

Despite the early stumbles, Hamburg can make you pay if you make mistakes (as we saw in the preseason).  They have a pair of 19-year-old forwards that I suspect will at least be able to test our back line: Gökhan Töre, the Turkish wing who came over from Chelsea, and Son Heung-Min, the South Korean international who became the youngest HSV player to ever score a Bundesliga goal last year.  In fact, Franz Beckenbauer is said to have praised Son, saying he “has what it takes to become the next Cha Bum-Kun.”  Has anyone else noticed that Kaiser Franz is very easily impressed these days?

- The tactical matchup is interesting: last time we played Hamburg, we crushed them 6-0.  You might recall this as the one good game we played last March, coming on the heels of 3 straight losses and preceding the Inter game.  I still remember the 6-0 win pretty well, and recall that it was one of the rare times when our boring keep-possession strategy actually worked.  This might have been because Hamburg was trying to chase the ball (whereas other teams have learned you can sit back and wait for us endlessly kick it around) or it might have just been a result of Robben having one of those great days when he was beating 2 and 3 guys off the dribble at a time.  But our previous match with HSV ended in a 0-0 draw in which we looked at lot like we have last winter and over the past 2 weeks: unable to turn possession into chances, and unable to break down the middle of the defense.  I wouldn’t be shocked to see Hamburg keep 6 or 7 guys back deep for most of the game and see if they can catch us with a quick counter-strike.

By the way, our starting line-up for that 0-0 draw included Ottl, Pranjic, and Altintop, and our bench featured Kraft, Demichelis, Braafheid, Knasmüller and Nicolas Jüllich.  That’s a lot of turnover, considering it was less than 10 months ago.

- The match will be shown on ESPN 3.  Gol TV is not showing it for some reason, although they do have Köln vs. Kaiserslautern in the evening game.

- Lastly, please keep it respectful in the comments section.  This is not addressed to anyone in particular - ALL of us (me included) should avoid directly insulting or cursing other posters.  The passion and energy is great, and we don’t want to lose that, so I’m not saying you have to be sterile or always agree with everyone else.  Just make sure you’re focused on arguing your point regarding what happens on the field, and not just on arguing with your fellow Bayern fans.  Thanks for reading.