Share All sharing options for: Poll: Solve our CB Riddle

As loyal FC Bayern fans know, we went into this offseason with two big needs: a new GK and a new CB. As expected, the GK problem was (eventually) solved, and that by itself should do something towards cutting down on goals allowed. But there still remains the stubborn matter of getting a new central defender.

Rumenigge gave an interview yesterday in which he criticized Manchester City’s unreasonable Boateng demands.  According to the article, Bayern is “looking for alternatives.”  The way I see it, there are 4 ways we could go here.  Within each category, of course, there would be different options and different possible outcomes.  But in general, these are (as I see it) the possible roads to take.  I’d be interested to hear which has the most support.

This is the “conventional wisdom” move.  City has supposedly demanding € 20 million for Boateng, and they don’t appear to be willing to compromise too much.  Bleacher Report indicated that we may be able to chisel them down to € 15 or 18 million, but even that’s a lot of money for a guy who missed the end of the past season with a knee injury, and who was always known more as a “solid, reliable” type rather than a true game changer.  But, in a seller’s market, sometimes a desperate buyer has to accept deals that are out of the ordinary.  Boateng has played well in the Bundesliga in the past.  He’s pretty athletic and would probably be an upgrade over our current CB situation.

UPSIDE: As mentioned above - a solid athlete who can be a good starter for € 15 or even 18 million is not ridiculous.  The idea here would be that even a slight improvement in the back line would mean a great difference in goals allowed, especially with Neuer and Rafinha also on board.

DOWNSIDE: Also repeatedly discussed - coming off a serious knee injury, and he’d lost his CB spot at Manchester City even before the injury.  Even if it works out, we’re talking about a mild upgrade over van Buyten or Gustavo, and if it doesn’t work out we’re in the same bind, but with a lot of money flushed down the toilet and one more malcontent mouth to feed.

OPTION 2: Go with one of the unconventional options

This is what KHR appears to be threatening to do.  An “unconventional option” could be a young, talented CB who has shown signs of greatness but hasn’t proven he can consistently perform over a long period of time, such as Simon Kjaer or Mamadou Sakho.  It could be a guy who the scouts seem to like, but who hasn’t been able to break into a starting role at a top club, such as Felipe Santana.  It could be a guy who’s more famous, but hasn’t lived up to his potential and/or is seen as over the hill, such as Gabriel Milito or (gulp) Alex.

When you go “unconventional,” the risks and the rewards are both bigger.  Three years from now, Simon Kjaer might be universally acknowledged as better than Jerome Boateng.  Or, he could be known as that guy who didn’t work out for FC Bayern.  This is where you would have to trust your scouting department and hope for a bit of luck.

UPSIDE: The possibility of getting a guy who’s equal to Boateng, or even better, for less money.

DOWNSIDE: A lot of risk.  I could easily see one of those young guys making a mistake at the worst possible time.  Or, even without a single glaring mistake, just never panning out the way we hoped, and we’re back here looking at CBs again in two years.

OPTION 3: Try to snatch a world-class CB with a huge offer

It’s clear that Pepe, Nemanja Vidic and Gerard Pique aren’t going anywhere.  But below these guys, there is a class of really, really good - borderline great - CBs that might not be entirely untouchable. 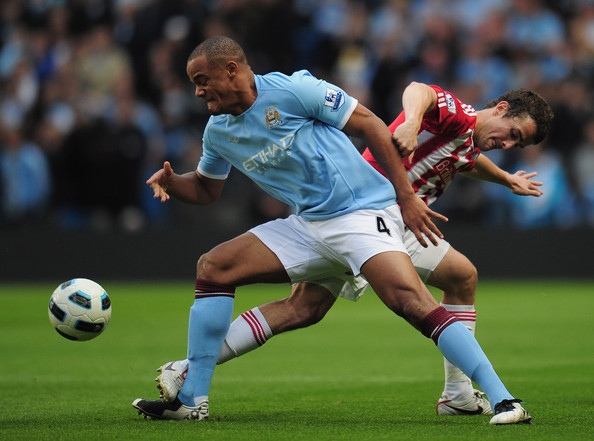 If City won't let Boateng leave, how about Vincenzo?

This is all guess-work, because for all we know, Nerlinger has been trying to steal one of these guys and it hasn’t worked.  I don’t claim to have any inside information.  But between Benedikt Howedes, Mats Hummels, Giorgio Chiellini, and a few other guys, there’s got to be some team with a CB even better than Boateng who would have a use for € 30 million.  Hell, if Mancini claims he still loves Boateng so much, call his bluff and offer € 30 million for Vincent Kompany.  We’ve really only made one big purchase so far (Neuer), and even that one didn’t cost as much as some people feared.  I thought this was going to be the year we went for it?

UPSIDE: If Bayern was able to pull this off, and it worked as planned, this could be the last piece of the puzzle.  A truly elite CB in front of Neuer would put us up there with any club in the world.

DOWNSIDE: First, we don’t even know if this is possible.  Maybe Bayern has already offered € 30 million or more for each of the guys I mentioned above and been turned down.  Second, even if we succeeded, there are no guarantees.  What if Hummels turns out to be a decent-but-not-great CB, no better than Badstuber?  Wasting € 30 of 40 million is even worse than wasting 20.

OPTION 4: Saddle up with the guys we’ve got

There’s still a possibility that we do nothing here and just roll with some combination of Badstuber-Gustavo-Breno-van Buyten in the middle.  You could argue that a lot of last year’s problems we’re the result of injuries, bad coaching, and a few other “fluke” circumstances.  Between those 4 guys, there may very well be 2 of them who could get the job done at CB, especially with Lahm and Rafinha on either side and Neuer behind them.

UPSIDE: There are two: first, Badstuber and van Buyten did play very well over the last 3 or 4 games this past season.  Maybe they were just rounding into shape, and would be as good as anyone else we could bring in.  Second, if the defense continues to struggle, we could try to pick up another guy in the January transfer window to erase the mistake (neither Howedes nor Chiellini would be CL-cup tied, for what it’s worth).

If you have a preference for any of these 4 roads, leave it in the comments.  Or, if there’s a brilliant solution I haven’t thought of, I’d love to hear it.  It looks like the Boateng deal might break down over pure stubbornness, which might not be the worst possible outcome.  But with the Audi Cup coming up in just a few weeks, we need to get to the bottom of this, one way or another.