Waiting for the Ripe CB Fruit to Drop

Share All sharing options for: Waiting for the Ripe CB Fruit to Drop

- Miroslav Klose’s move to SS Lazio was confirmed after he passed his physical. Best of luck, Klose - hopefully you put together a 25-goal season in that crappy league.

- Bayern allegedly made an offer for Arturo Vidal (why?) and had it turned down (thank God).  I think our CM spots are covered, but I guess there’s no harm in having depth?  Or maybe Gustavo is still being shopped?

Over the past few days, the whispers of a Jerome Boateng-to-Bayern move have become louder and louder.  Interestingly, the stories about Boateng “surely” headed to Germany continue to grow even when Manchester City has not budged on their asking price - £17.5 million (about € 20 million).  It seems like a huge amount of money to shell out for a guy that’s coming off a major knee injury, yet it’s unclear whether City’s board is willing to come down.  In fact, it’s not clear that they really want to sell him at all.

A few things are involved here: first, it’s pretty clear that JB wants to leave.  Even aside from the injury, he had seen his place in the starting line-up evaporate, as Kompany and Lescott both played very well.  Kolo Youre will also get some time at CB when he comes back from the drug bust.  Basically, Boateng knows his best chance to start is going to a big club with a need at CB.

Second, Manchester City isn’t so sure it’s a good idea to sell him.  Between the Toure injury, the fact that they will be playing in 4 competitions (including the Champions League), and Boateng’s versatility allowing him to play in the corners as well as the middle, City knows there’s a possibility they might need him before the end of the season.  Of course, that “possibility” probably isn’t worth as much as € 20 million, but it at least explains why they aren’t willing to come down in price - if it gets much lower, they think, “hell, even if he’s just a reliable back-up, that’s worth more than 8 million (or 10, or 13, or whatever).”  On that same subject, check out the comments at the bottom of this piece in the Manchester Evening News - City fans seem to want to keep him.

Third, Nerlinger doesn’t seem entirely convinced that Boateng is the answer.  Karl-Heinz appears to like him more, but in the aggregate, it’s not clear that Bayern has given up on getting a different (better?) guy to fill in at CB.

We’ve been over this before, but by way of review: the CBs that are clearly on the market all fall short of what we’d prefer to get.  Boateng is possibly the best, if we’re sure he’s healthy.  But other options include Simon Kjaer of VfL Wolfsburg, Axel Witsel of Standard Liege, and Domenico Criscito of Genoa (who now appears to be on his way to Napoli).  Then, there are other players who are not actively being shopped, but that could possibly be had in the right circumstances.  This list includes:

A good athlete with an excellent motor.  Sakho appears to have the right skills and the right mind-set, but he hasn’t proven himself at the highest levels yet - Ligue 1 is solid, but you still can’t be sure a guy will make the leap to the Bundesliga seamlessly, and we don’t have time to wait for him to develop.  Not a lot of experience with the French senior side, but he’s looked good in the time he’s had.  He has said he is definitely staying in Paris for this next season, but could leave after that - that means there’s a chance the right offer could pry him loose now. 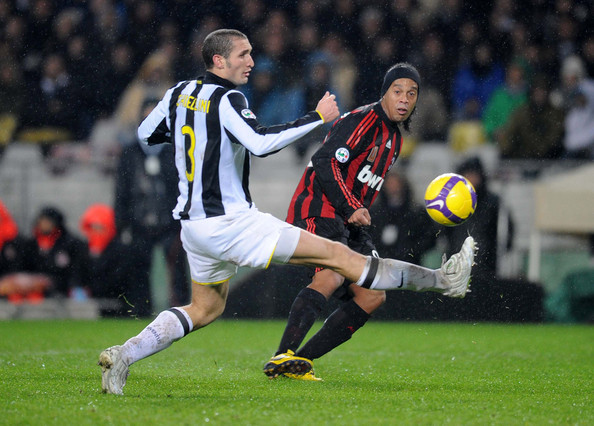 Wouldn't it be better to get 1 great defender instead of 2 or 3 decent ones?

More of a long-shot, he appears to be happy with Juventus and they obviously don’t want to let him go.  But it’s hard to ignore the fact that Juve have massive debts and won’t be playing in any European competition this year.  Bayern targeted Gio last summer, and his agent wouldn’t deny the rumors, but nothing came of it.  There’s no question about his skill, he’s one of the better defenders in the world and at the peak of his career.  Before we offer € 20 million for Boateng, I’d suggest we offer 25 million for this guy and see if anything comes of it.

- Per Mertesacker of Werder Bremen

Not sure what to make of him.  I always thought he looked good, a few of my readers say he would be a poor fit at Bayern.  A big offer would probably bring him to Bayern, but is he better than Boateng?  Probably not.  Per remains an option if Manchester City refuses to budge on price and we need to do something.

Stay tuned, we’ll keep tracking the story all weekend.  I have no idea what will happen, but I’m not sure that Boateng + Badstuber is a great CB pairing even if we do get him, so I’m hopeful that someone like Chiellini (or even Howedes?) will fall off the branch.  Wishful thinking, I know, but … well, it’s summer, and that’s what we do in the offseason.  Thanks for reading.