The dog days of summer are upon us, and with the long-expected Neuer deal and the somewhat surprising Rafinha deal complete, Bayern fans are being fed a steady diet of wild rumors and crazy speculation. I’m not even going to comment on the Schweinsteiger-to-Milan rumors, and the Boateng talk has continued, but with little apparent progress.

A possible move for Samir Nasri was first floated last month, but was repeated yesterday in The Daily Mail a little more specifically. Surprisingly, this story is getting repeated a lot of places, although I still think it would be a long shot. Essentially, the article implies that Bayern is looking for a replacement for Ribery, "who is nearing the end of his contract."

Two problems with this line of thinking: first, Ribery’s contract runs until 2015. I guess we can’t technically say the author is wrong, because maybe four years is "near" the end of the contract by a geological time frame, but it certainly doesn’t present an emergency. The second problem is that, until such time as Ribery retires and moves on, we obviously have both wings taken care of (with Robben on the other side). Even our midfield spots are well-stocked, and Nasri definitely can’t play full-back, so it would basically be a question of waiting for Ribery and/or Robben to get injured. 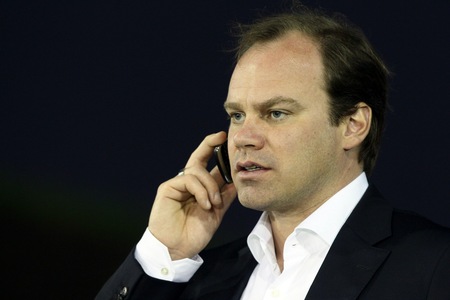 Now … to be fair, these two do have some injury history, and there were a few times this past year when we would have loved to have a better wing on our bench.  With Altintop gone, this need seems even more acute.  It’s just hard to see Nasri as the guy to fill the hole; he’s not good enough to supplant Ribery or Robben in the line-up, and he’s too good and costs too much money to sit on the bench all year just waiting for someone to get hurt.

The same problems are also present when talking about a move for Eden Hazard, but the difference is that Hazard is 3 and a half years younger, and has never played in one of the very best leagues (no offense to Ligue 1, which has a lot of great players, but Hazard would be taking a definite step up).  This would make it easier to take, and almost understandable, if Eden was asked to mainly come off the bench and/or take the Pokal games during his first season.  That’s why I think a Hazard move is much more likely.  But I still wouldn’t be shocked to see Nerlinger sit tight with the offense as it is, especially if we spend big money on a great CB.  Which we’re all hoping will happen shortly.

For those who were reading last week, we talked about the CB market and the possibility that a really good defender who’s not on the market right now might come into the frame over the summer.  One possibility specifically mentioned was Giorgio Chiellini of Juventus.  Yesterday, I dropped by the Juve’s Offside page and posed the following question:

“Hello, Juve fans.  I write for the Offside's FC Bayern blog.  I come in peace, and with all respect for this blog and its excellent writing staff and dedicated fans.

My question is this: if you were Juventus' president/ manager/ front office, what would you say to an offer to sell Giorgio Chiellini for 25 million Euro? Insults and mocking are expected, but thoughtful answers would be great, too.  And might be posted on the FC Bayern page.

The answers were actually somewhat illuminating; no one on their board would have been interested in selling Chiellini at that price (not a surprise).  But some of them hinted that this might be a fair price for Gorgeous George, they just felt like it would look awful if Juve sold him at all.  Specifically, the responses varied thusly (I’m paraphrasing):

- He’s worth 50 million Euro and not a penny less.

- We’ll sell him for 20 million plus Arjen Robben.

- Selling Chiellini now would make us into a mid-sized feeder club, and would never be accepted by the fans.

- Chiellini is a Juve lifer that’s done great things for us, nad performed even when our other players sucked.  No way we can sell him, no matter the offer.

- It’s hard enough to win titles with only 1 elite defender, no way we could do it with 0.

- Why don’t you guys go get Howedes or Hummels?

- Why did you guys ever sell Lucio?

The last two, certainly, are very good questions.  My guess is that they look at an offer for Chiellini the same way we look at the occasional Schweinsteiger rumors (except for the  fact that Basti is better, clearly) - he’s not for sale because he’s worth more to us than anyone else.  Which is probably fair.  The whole thing is still up on the most recent post at http://juventus.theoffside.com if you want to check it out.

Also, one or two of them say Rafinha is a good talent, and they generally had good things to say about our transfer market moves so far.  Maybe I’ll swing by the Manchester City board later on and ask what they would take for Boateng.

More to come later this week.  Note that Alaba has confirmed his new deal, but no confirmation yet on the Usami move.  We’ll be tracking all the rumors as the market unfolds, so check back in and subscribe to our twitter feed to stay informed.  Thanks for reading.