A Run for Second Place?

Share All sharing options for: A Run for Second Place?

Alright, lesson learned - nobody likes Dimitar Berbatov. The transfer rumors continue to burn, but nothing concrete since yesterday, so we’re going to leave the hot stove alone for a day and talk about something a little more immediate: Bayern’s chances of overtaking Leverkusen for second place.

First, let me state the obvious: we just crawled into third place on Saturday, with a very uninspiring performance.  A top-3 finish and a spot in the Champions League next year is not guaranteed - we could easily lose this weekend and get passed by Hannover.  But since we do occupy third place, and have an unassailable advantage in goal differential in case of a tie, I think it’s at least worth briefly considering the possibility that we might be able to consolidate our current spot AND make a run at the #2 spot. 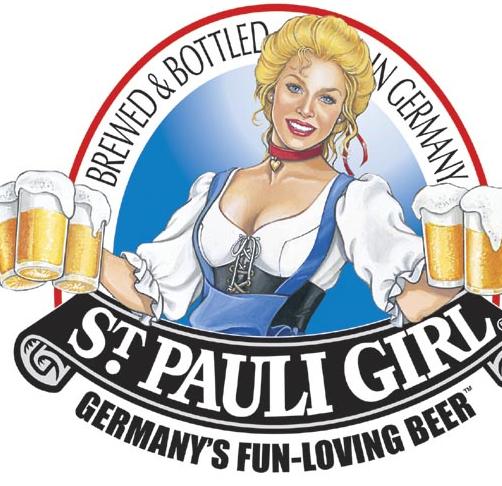 Clearly, none of us were hoping for second place in the Bundesliga when this season started.  Given the run we went on last spring/summer, I thought we had a great chance to repeat as champions, and I imagine most FC Bayern fans felt the same way.  Nonetheless, there are a few advantages in finishing second, as opposed to third:

- The second place finisher gets an automatic pass into the Champions League group stage next year, as opposed to being forced to fight through the final qualifying stage.  If Heynckes brings in the kind of reinforcements that are being discussed, Bayern would clearly be a favorite over anyone in the qualifying stage next year.  Still, anything can happen, and it’s better to not even deal with the possibility of getting dumped out before the group stage.  And even if we did easily win the qualifying round, it would require extra mid-week play in the early season - everyone would rather just wait until September to take up CL ball.

- There’s always a little more prestige in second place then third.  Not that should really matter for a club like Bayern, for whom anything below first is a disappointment.  But a second-place finish would allow us to say that only Dortmund (who really did have an amazing year) was better than us this season.  Plus, we’d keep alive our run of not finishing out of the top 2, which we haven’t done since 2006-2007.

- The club could probably take some confidence from their ability to climb two spots in the table in the last two months.  Our February / March was absolutely brutal, but going into the summer break, it would probably be better if the boys came off a few wins.  This is especially true if the club is able to say, “after van Gaal’s exit was assured, we generally played better and won most of our games.”

So, with the understanding that anything could happen (including a drop back down to 4th), let’s consider the likelihood of passing Leverkusen.

We discussed this a bit last week, but here’s a complete run-down of everyone Bayern plays over the last 6 weeks of the season:

And everyone Bayer Levs plays:

First of all, that April 17 match-up at the Allianz is obviously huge.  If Bayern wants any chance at even getting near second place, they absolutely need a win in that one.  Even a draw would mean the rest of the season would be spent just trying to hold onto third place.

Second, note that Leverkusen’s schedule is sliiiiiightly more difficult than ours over the next 6 weeks.  That doesn’t mean a whole lot, because neither of us are playing mostly top teams, and as we mentioned last week, a team who’s fighting to stay out of the bottom 3 can be as dangerous as anyone.  Still, if we go by just the opponent’s place in the table and season-long goal differential, we have a fairly tough match against Nurnberg this weekend, then we close against bottom-half teams.  Leverkusen has a match they should win this weekend vs. lowly St. Pauli, but then they close with a run of games against mid-table teams.  And Hamburg, their May 7 opponent, may well still be in the hunt for a Europa League spot.

As of now, Leverkusen has a 7 point lead in the table over us, with both teams having played 28 matches.  Now, consider two scenarios:

Scenario 1 - Bayern and Leverkusen both win next week

If we go into the April 17 showdown in the same position as we’re in now, we could beat Leverkusen and still be only within 4 points.  Under that scenario, we could finish perfectly, beating the last 4 opponents (all in the bottom half of the table) and Leverkusen could still stay ahead of us by winning only 3 or 4.  In other words, in any given week, the best outcome we can hope for is a 3-point pickup from a Bayern win and Bayer Levs loss.  If we manage to beat them on April 17 but are still 4 points back, we’d need Leverksuen to drop points in 2 of their final 4 games in order to have a chance - possible, but not likely.  Our other scenario:

If this occurs, Bayern is in much better shape.  We’d go into the April 17 show-down behind Leverkusen by only 4 or 5 points, rather than 7.  If we’re then able to beat them on the 17th (that’s a requirement, no matter what), we’d be within a single week’s slip up of catching them.

To clarify, our best chance of climbing into second place takes shape if we beat Nurnberg this weekend AND St. Pauli manages to pull away with at least a point vs. Leverksuen.  Now. St. Pauli is not a great team, but they did play Leverkusen very tight earlier this year, holding them scoreless through 80 minutes and losing only on a late goal.  Plus, St. Pauli is locked in a relegation battle certainly has a lot to play for.  I’m not saying it’s going to happen, but it’s worth watching.  Incidentally, Gol TV is showing this Leverkusen vs. St. Pauli game on Sunday.  So, if you’re in the mood, tune in and root for “The Pirates of the League” - St. Pauli’s nickname, which I just looked up.  If Leverksuen fails to come away with all 3 points, Bayern still has a decent chance to beat them the subsequent week and claw our way into second before the end of the year.

Yes, I know this is a lot of math for a Monday.  It’s that or more Dimitar Berba-talk.  Thanks for reading.