In a story that’s getting too loud to ignore, several news outlets have linked Dimitar Berbatov with a move to the Allianz Arena. Although agents and reporters often pull these outlandish transfer ideas of out nowhere, the Berbatov rumor has now been mentioned by Crunch Sports, the Football Observer, and a few other sources with at least some reputation. 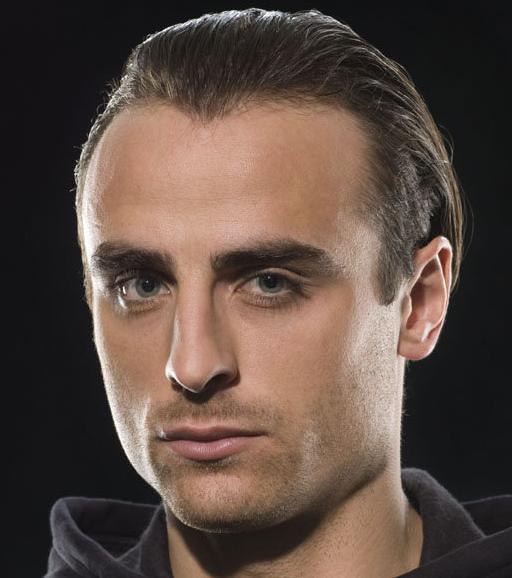 I was dismissive at first, because our biggest holes at are CB, CM, and arguably GK.  The highest-scoring team in the Bundesliga generally doesn’t need to run out and pick up the Premier League’s top goal-scorer, especially with other pressing needs to fill.  But the more I read about it, I guess there are a few things to consider that make this move … I wouldn’t say “good,” but at least “not-ridiculous:”

- Klose is almost certainly headed for the exit

- Olic has been out for months with injury, and no one is sure how well he can regain his form

Now, even if you consider Klose as good as gone, I don’t know for sure how well Berbabtov fits in.  He generally doesn’t play in the forward-most position with Manchester United (at least when they’re all healthy) - the idea is that he plays next to or just behind Rooney, and Rooney’s strength and energy plays off of Berbatov’s technique.  So, it sounds like he might actually fit into more of a Muller role … except, y’know, we already have Muller for the Muller role.  So it’s not like he fits an obvious need.

But then, you have to consider that Heynckes may come in with an entirely new approach as far as tactics and formation.  Let’s consider our roster.  Our back line is still in flux: we’ll probably pick up at least one, and probably two, new defenders - some combination of Coentrao, Boateng, Howedes, Criscito, Alex, or others.  So, ignore that for a second, and just assume that there will be 4 defenders.  We’re left with 6 midfield/forward spots, which could be set up in a variety of ways.

We could have 2 defensive/holding middies + 2 wings + 1 attacking middie/second striker + 1 true striker (pretty much what we’re doing now).  We could run a 4-3-3, which would require 3 midfielders and allow Ribery and Robben to play forward on either side of a striker.  We could play a 4-1-3-2, leaving Bastian by himself as the lone DM, then using 3 attacking/forward-leaning middies (which could include Ribery and Robben on either side), then 2 strikers up front.

But no matter how they’re organized, we already seem to have 6 guys in the forward spots, even without Olic or Klose: Bastian, Kroos, Ribery, Robben, Muller, and Gomez.  So here are the possibilities, as I see them:

- One of those six guys is leaving.  It’s not Kroos, who just signed a big extension, and I don’t see the club dumping Muller or Bastian (who are worth more to us than anyone else).  So perhaps Gomez hasn’t been as impressive as I think he has, or perhaps they’re considering selling one of the R-wings?  I hope not.

- Heynckes (or other decision-makers) think you need 7 guys to play 6 positions, when you consider the need for substitutes and the likelihood of injuries and fatigue taking their toll.  In which case, we could indeed bring in Berbatov, and someone (perhaps Kroos, perhaps Gomez, perhaps even Berbabtov himself) fills the role of super-sub.  This seems very possible, but then it becomes almost a certainty that Klose is gone, and Olic gets buried even deeper on the bench.

- We plan to run with 3 true defenders next year, in something like a 3-5-2, with the 5 consisting of 2 defensive middies a bit behind 3 attacking middies (one on each side of Muller).  Such a formation could look something like this:

- Or, the whole Berbatov thing could just be idle talk which never materializes.

But any way you look at it, our roster already has a number of players who (when healthy) expect to be getting playing time at the midfielder/forward spots.  We’re going to spend money to improve our back line and maybe keeper, that appears clear.  But if we bring in someone to play up front, whether it’s Berbatov or someone else, we have two options: either get star players prepared for fewer minutes, or plan to get rid of someone who a lot of fans probably don’t want to get rid of.

For what it’s worth, I always liked Berbatov.  People say he looks lazy when he plays, but frankly we’ve had a lot of guys over the past year who have looked very hard-working and industrious as they hurry upfield to kick the ball out of bounds or allow their man to slither right by them.  Maybe we could use a little languid technique.

Anyway, we’ll be following this story all week.  Check back in tomorrow as we examine the updated table (where FC Bayern now occupies third place) and look ahead to this weekend’s games and the ever-changing transfer landscape.  Thanks for reading.