Although the current Bundesliga season is still building to its climax, the real drama continues to take place off the pitch, with FC Bayern making some big moves to prepare for next year. It’s been a while since our last Rumor Round-up, so let’s check the papers and see who might be coming and going.

As always, every transfer possibility we mention here has to have at least some basis in published fact or rumor.  The level of seriousness will range from “already certain to happen” to “just a wild story,” but nothing here was made up by me.  With that disclaimer, here are some of our pick-ups or pick-up possibilities for the summer.

We’ve already discussed this several times, but it appears that the Neuer pick-up is now a certainty.  ESPN’s soccernet reports that Neuer has turned down an extension with Schalke, making his move to the Allianz Arena just a formality.  We went over the mathematical justification for getting Neuer here, if you to read the details, but the basic story is this: he’s one of the best goalies in the world, he’s only 25, and we already know he can play with several of our key guys from the German national team.

Most observers have said this was a done deal for weeks, but even if it wasn’t before, Kraft’s game-costing blunder two weeks ago made it even more of a sure thing.  Welcome aboard.

Goal.com reports that the van der Wiel pick-up is also a sure thing.  Talk-sport will say only that Bayern is “expected” to make a move. 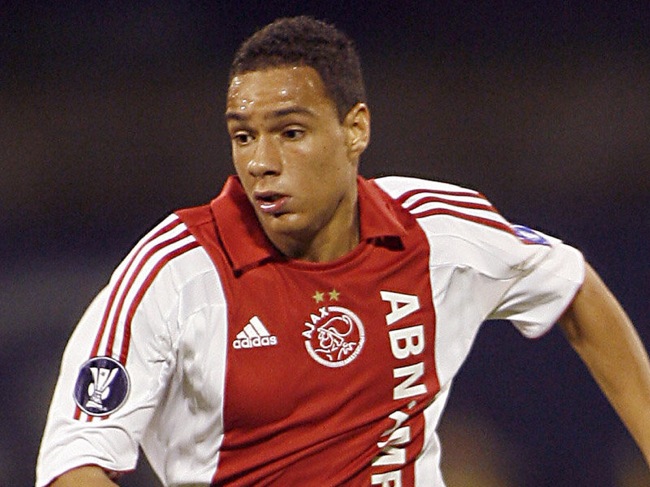 He comes Robben-approved. So that's something ...

This move is a little less universally agreed-upon.  I think vdW is a really solid player.  He’s got speed, he’s got good defensive technique, he came up through the respected Ajax system, and he’s only 23.  If this deal will (did?) go through, we’re set at the back corners, with Lahm probably moving to LB.  This gives us great link-up possibilities on either side, with Lahm-Ribery on the left and van der Wiel-Robben on the right.

(1) Does this scrap the move for Fabio Coentrao?  I would guess so, although the Goal.com article says that Bayern wants them both.  Do we really need three different 20-million Euro fullbacks?  Or are they planning to move one of them to CB?  Speaking of which …

(2) This still leaves our CB spots wide open.  Daniel van Buyten has played better recently, but most Bayern fans felt like this was a place we desperately needed reinforcements (see below).

Various media outlets have been discussing this for a while, including Inside Futbol.  Personally, I don’t think a move for Alex is a great idea - I don’t know that he’d be much of an upgrade over van Buyten or Badstuber, he doesn’t have great quickness, and he’s basically been stuffed onto the bench at Chelsea.  Enough papers have mentioned it that I had to include it, but I’d prefer …

This is exactly the kind of guy I think would make us tougher at the back.  He’s big but not oaf-ish, he’s skilled, he’s young, and it might make Neuer feel more comfortable to have him back there.  But if Schalke already loses Neuer, are they going to try to keep Howedes at all costs?  Their club is said to have large debts to pay off, but they might try to keep their best young defender, especially if they make European competition next year (which they can do by either winning the Pokal or winning the Champions League).  I’m hoping Bayern can snag this guy, but it wouldn’t surprise me if we had to look elsewhere.

It doesn’t appear that we’re likely to pick up Skinny D.  He’s only included because I personally really like him.  He can play multiple positions, he can shut down good scorers, and I think he could be the equal (or close) of van der Wiel or Coentrao at a fraction of the price.  But if you think this would be a mistake, don’t worry - looks like he’s staying in Italy.

Surprisingly, several articles from this weekend reiterate the Bayern-Vidal link.  This had been discussed in February and March, and it’s clear that Heynckes likes him, but I really can’t see the logic of this move.  Our CM spot is already taken care of - Bastian obviously fits there, Tymoschuk has been playing well lately, Kroos can play there (although he might be moving up to wing or attacking midfielder), and Gustavo can move up if he has to.  Although he’s good, I don’t see the point in buying Vidal unless we can get him at a huge discount.

There are at least 3 or 4 other big-name guys that have been linked with a move to Bayern, but the Neuer and van der Wiel news is most important, so I’ll cut this off here.  Feel free to discuss other guys in the comments - Yann M’Vila? Eden Hazard? Franck Tabanou?  It promises to be an interesting summer.

Last thing - we’ve reactivated the Bayern Offside’s twitter account.  You can subscribe find us at twitter.com/bayern_offside.  This is my first foray into the world of twitter, so bear with me if it takes me a while to accept your twitter-friend-request.

Is that how it works?