7 AM Munich time, so we'll go ahead and put up the Match Day thread. Remember this one is on ESPN 3, so you can get it free and legal (depending upon your internet provider).

As discussed, Daniel van Buyten is a no-go, but Robben is probably a yes.  So my best guess at a line-up is this:

If Robben can't go, then everything's thrown into flux.  Tymoschuk and Klose came in the second half last week, so either of them could get time. 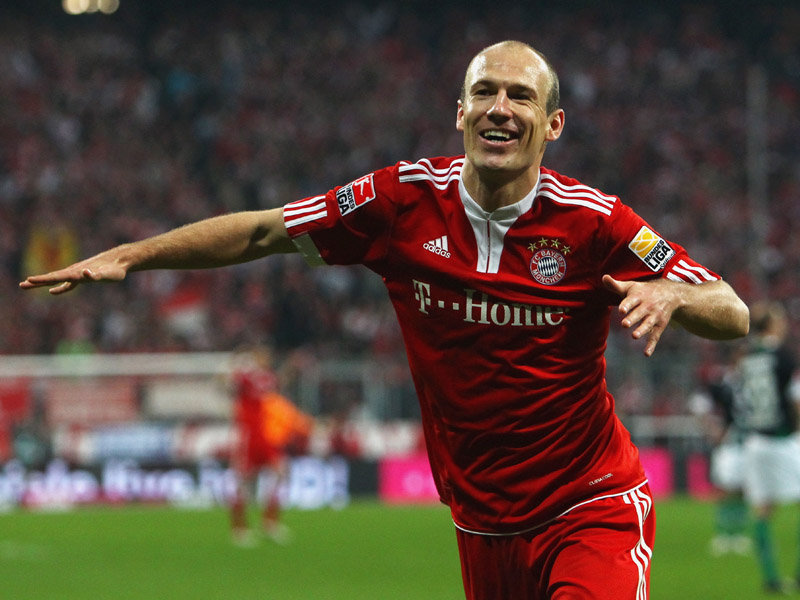 If Arjen can go, things are looking up

Monchengladbach has had 'keeper problems all year.  ESPN soccernet says that they'll run out Logan Bailly, who might be best known for this:

My favorite thing about that clip is, just a few second after Bailly realizes what he's done, two of his defenders run over to console him and slap him on the back, not letting him wallow in his misery. On that note, I've always kind of like the foals, and I'm hopeful they can win a few in a row and avoid relegation.

A win is a win, so we'll take the 3 points, but for most of the match it appeared I got up early to watch a 0-0 draw.  We'll be back with a better review later, but some quick notes:

- Obviously, there should have been a penalty shot when Robben was taken down.  If that had been properly called, it would have ended 2-0.

- Gomez missed a few good chances.  He had an easy knock-in on a rebound in the first half, and just shot the ball 50 feet into the air.

- Klose came in for 20 minutes and managed only to kick some guy right in the face.  He looks ready for his more to the Premier League.

- Pranjic actually looked pretty good, and had a nice run where he split two defenders and drew a foul. And he had a few other plays where he managed to at least make a decent pass or take on a defender and look a little threatening. The one play where they had a chance to score and let it trickle out of bounds was really more Ribery's fault (bad pass).

- Spring must have arrived, because most of the fans were in short sleeves, and they even showed one guy with no shirt.

Back later with more, but for now I'm just relieved we got the win.