Jupp Heynckes is Back Again

Share All sharing options for: Jupp Heynckes is Back Again

Although a number of more exotic and exciting possibilities were bounced around, current Bayer Leverkusen manager and two-time former Bayern boss Jupp Heynckes has been announced as van Gaal’s replacement. Heynckes has over 30 years coaching experience, and has won both the Bundesliga title and the Champions League before. 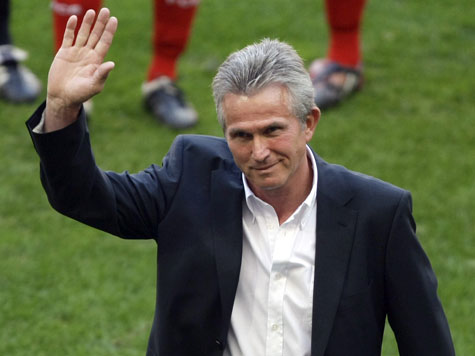 As we discussed, Heynckes was seen by the board as a guy who could be a stabilizing figure.  Most recently, he was brought in at the end of the Klinsmann era, and the club performed well, closing the season by winning four of their last five matches before he made way for van Gaal.

Some positives that Heynckes brings to the table:

- As mentioned, experience.  In addition to earlier stints with Bayern, he has coached several other German clubs and a few Portuguese and Spanish teams, including Real Madrid.  He isn’t going to be surprised by anything.

- He knows and seemingly gets along with the players.  Schweinsteiger, in particular, seems to like and respect him.  We probably won’t see players tuning him out the way we did with van Gaal. 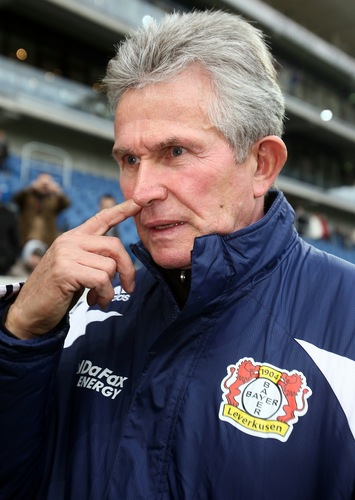 "When I touch my nose, that means don't allow your man to dribble right past you and score."

- Heynckes actually plays a pretty aggressive style.  His Bayer Levs clubs is second in the Bundesliga in goals right now, despite not having many world-class scorers.  So Bayern will (hopefully) be exciting to watch.

- Supposedly, he may bring young Chilean middie Arturo Vidal along with him.  I’m not sure how Vidal would fit in with our roster, and I’d rather he brought a good CB, but … we’ll see. 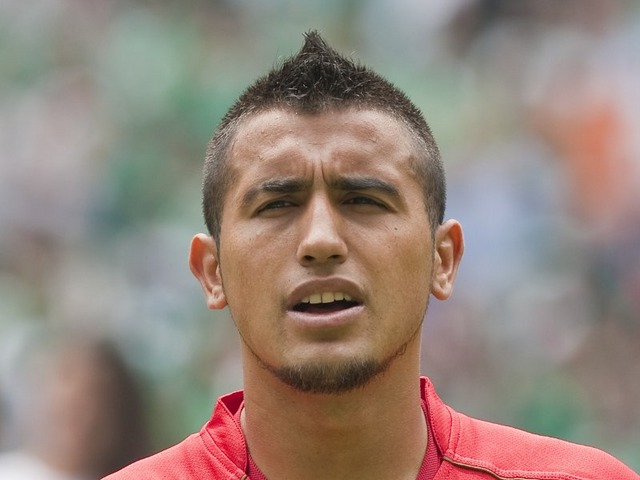 - He’s 65.  That’s certainly not ancient, and he’s always seemed pretty healthy and energetic, but the fact remains - not many managers are successful beyond age 70.  Seems to fit with the board’s conception of Heynckes as a care-taker/stabilizing presence.

- He doesn’t have the greatest record of bringing in big signings, which is something we need right now.  It’s unclear whether Jupp will be in charge of player-personnel decisions.  Even if he is, there will always be other voices in that discussion.  Note also that Willy Sagnol is said to be in line for an increased role.  I’m excited about this - more on that next week.

Basically, Heynckes is a guy who you bring in if you feel like you have the talent, players, and system in place, you just a guy to make it all run.  I guess that’s where KHR and Uli think we are.  I was hopeful for Matthias Sammer, Mirko Slomka, or another young, dynamic guy who could install a new system of formations and tactics. But obviously that kind of guy would bring more risks.  Perhaps the board even thought that they should have tried to convince Jupp to stay on board at the end of the 2008-2009 season, rather than looking for a brand-new selection (which ended up being van Gaal).  Maybe they saw this as their chance to right that mistake.

Anyway, the important thing at this point is that the players like and respect the new manager.  I was still hoping that van Gaal will get bored and quit, and we could bring in someone new for the rest of this year, but obviously Jupp isn’t leaving Bayer Levs.  So, let’s hope we can win 5 of our last 7 and secure a Champions League spot for next year.  Then, we’ll have all summer to discuss the new regime.