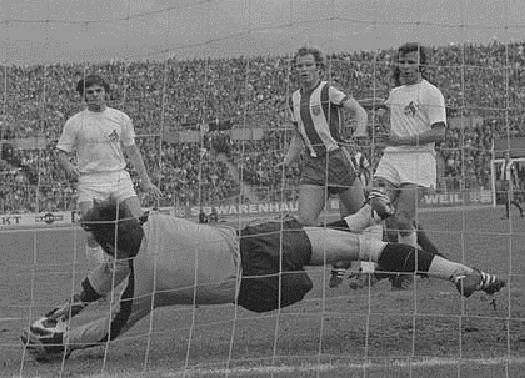 June, 1971. Nearly 40 years ago, and just a couple weeks after the bombshell revelations of match fixing that shook the Bundesliga to its core, the only DFB Pokal final meeting between Saturday opponents FC Bayern Munich and 1. FC Köln took place in Stuttgart’s Neckarstadion.

Bernd Rupp put Köln up early, but Bayern fought back early in the 2nd half when Franz Beckenbauer (who looked like he was running on a moving sidewalk compared to some on the pitch) found the net on one of his countless forward rushes. But before Bayern could use that momentum swing to full advantage, defender Herwart Koppenhöfer saw a straight red in the 72nd minute. It was particular bad timing, as Bayern had just made an offensive-minded substitution, bringing Edgar Schneider on for Franz Roth just 4 minutes earlier.

The rushes towards Sepp Maier’s goal increased steadily but Bayern beat back the challenges and forced the match into extra time. That would give the 21 year old Bundesliga rookie Schnieder just enough time to find his place in the sun.

“Hammer-Ede” as he came to be known, scored from distance just 2 minutes from the end of extra time to give 10 man Bayern the Pokal in the thriller. Schneider had scored just two goals in the regular season; incredibly, they had both had come against Köln. The man simply had their number. For many of the Bayern greats on the field that day like Maier and Müller, Schwarzenbeck and Beckenbauer, it was the last time they’d lift the DFB Pokal; bigger cups on bigger stages became more important in the following years. Edgar Schneider would be along for those rides too, but the 1971 DFB Pokal final was his moment to stand taller than each of those legends. 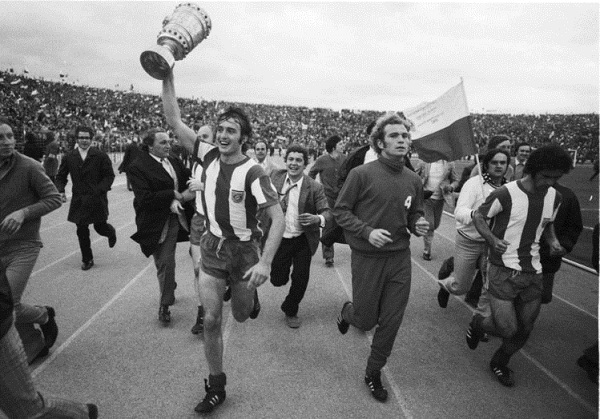 His day in the sun: The hero Edgar Schneider carries the Pokal flanked by Uli Hoeness and Gerd Müller

Two members of the Bayern team won their only DFB Pokal as players that day: Hammer-Ede the hero and a not yet 20-year old scruffy haired midfielder-Uli Hoeness.

Schneider left Bayern in 1974, and was gradually slowed by injury. Still, he knocked around in the 3rd division with his hometown club 1. FC Pforzheim until 1986. For his Abschiedsspiel, FC Bayern came to Pforzheim, and Schneider and Hoeness undoubtedly reminisced about the day that Geißböcke hopes were crushed by the foot of Hammer-Ede..

Highlights from the match can be seen on YouTube (bonus: the Bayern kit will be very familiar to you), but incredibly Schneider’s goal isn’t among them. Perhaps someone set the reel to reel to record for two hours, not anticipating extra time?