Our Round 2 match in the DFB Pokal kicks off in just over an hour. Jupp Heynckes states that the club will not be over-confident, saying: "We’ll prepare just as intensively and meticulously as always. We'll leave nothing to chance … Obviously Ingolstadt have had some poor results, but they always play well for at least a half." 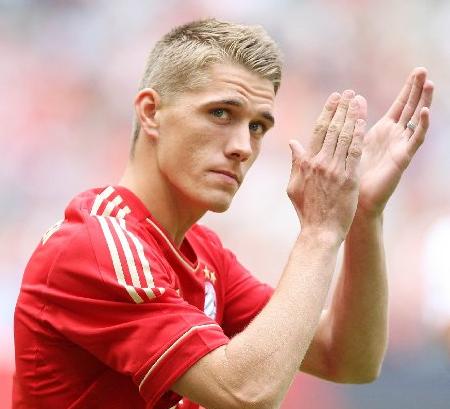 Line-ups aren’t announced yet, but I’ll update as soon as they become available.  This is clearly going to be a chance to work some less-prominent Bayern players onto the field, with the exception of Boateng, who can’t play in the Bundi for the next two weeks and probably needs the work.  I’m very, very hopeful of seeing Takashi Usami on the field today, and I think Petersen is a great bet to start as well (he always kills Ingolstadt).

Check back after the match for a recap, and video highlights if I can find them.  Viva viva FC Bayern!

It appears that 5-0 will be your final.  Here's the first goal:

I like it how Rafinha almost collides with him right before he shoots.