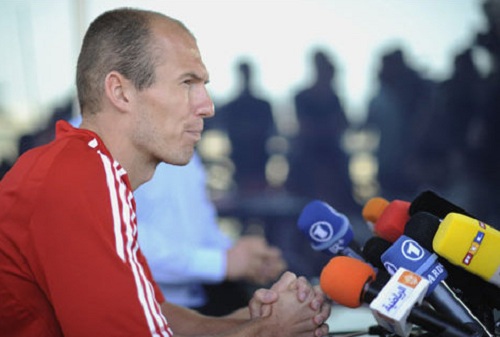 FC Bayern Munich will see its first match action of 2011 on Saturday evening when they take on the Qatari Stars League’s Al-Wakrah Sports Club in Al-Khor. Kickoff is set for 11 a.m. Eastern time. Broadcast coverage of the match is limited: it will be available live on Eurosport 2 to viewers in many northern and eastern European nations, but as of Thursday, they only had 75 minutes (!) blocked off in their schedule for the telecast. A press release from host stadium club says Al-Jazeera Sports will broadcast the match, but I haven’t been able to confirm this. Your other alternative is the club’s pay service, fcb.tv, as it will also show the match live. It’s hard to say what kind of stream availability you’re going to have with other leagues playing matches that count that day, suffice it to say, we’ll do the very best we can to provide you with viewing options right here.. 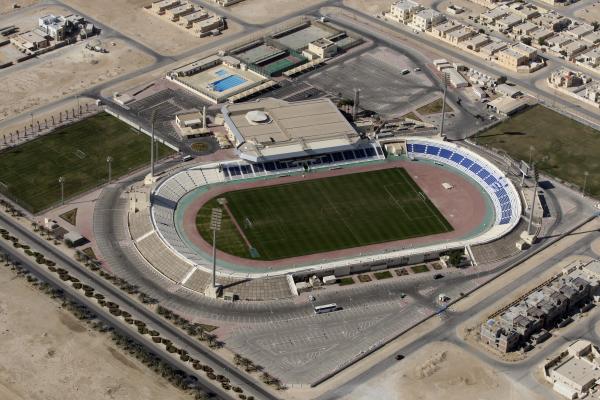 The match will not be held at Al-Wakrah’s home stadium or in Doha, but to the north of Doha in the city of Al-Khor. I haven’t seen a report as to why, but it may have something to do with the fact that an Asian Cup match between Kuwait and China is taking place in Doha earlier in the day. The stadium in Al-Khor, with 20,000 seats, should be a more than suitable venue.

If I have translated the Arabic correctly, the substitution rules for the match are a bit wonky. Each team will be allowed to make 3 substitutions during play, but will be allowed unlimited subs only at halftime. So, you should basically expect a more or less completely different Bayern side on the pitch in each half.

There’s really no other way to say it: Al-Wakrah is a pretty sorry team. Sitting in 11th place out of 12 teams in the Qatari league, they’ve scored 4 goals in 11 matches so far this season. They’re dealt an extra handicap in this match, as they will be missing important players due to the Asian Cup. Even if you’re attention to soccer in Asia is limited, you may have heard of one of them, new signing Nashat Akram. He was the playmaker in Iraq’s 2007 Asian Cup winning squad, and was coveted by EPL sides before being denied working papers in England. He had a “cup of tea” with FC Twente last season before voiding his contract in the Netherlands and signing a new deal in Qatar, where he had played previously. Al-Wakrah teammate Ali Rehema will also join Akram in defending Iraq’s Asian title.

There is a connection between one player in the Al-Wakrah squad and Louis van Gaal. Midfielder Adil Ramzi, who had previously played at PSV, saw action mainly as a substitute at AZ in Louis van Gaal’s first season as coach there. He was sent away to Utrecht on loan in the 2nd half of that season, before moving on to Roda JC on a free. Van Gaal and his staff will also surely have a familiarity with a few other players with Dutch connections on the Al-Wakrah squad like Utrecht-born Moroccan international Anouar Diba, who played for many season at NAC Breda.

All in all, everyone in the Bayern camp seems reasonably happy and healthy–you know things are good when even Ribery says he’s enjoying himself.

But beneath the happy-joy-joy exterior there are plenty of internal battles and anxiety. Here are just a few things to think about and watch for in Saturday’s match:

*We should see at least a half an hour of Arjen Robben, in his first club action in over 7 months. It’s always the same story with guys who have been out 7 months, isn’t it? Now all the talking is done and it’s time to play. How’s he going to react to the first hard tackle? Will he be unwilling to try moves he would have tried in the past? What I’m going to be interested in seeing though, is how much defense he plays. If in fact Bayern has a “team-defense” problem like Bastian Schweinsteiger says, Robben is going to have to do more than screw Qatari defenders into the turf before he gets to play 90 minutes again.

*Luis Gustavo will make his debut in a Bayern uniform, and the immediate question is where will he play? Maybe Louis van Gaal will decide not to tip his hand and play Gustavo both in the midfield and at left back, but all the leading indicators point to Gustavo as the starting LB sooner than later. If you want to imagine what those on-pitch chats between Ribery and Gustavo are going to be like, just imagine Lucio and Van Buyten circa 2006. We’ll hope for a 10% reduction in blank stares.

*We’ll finally get to see the CB pairing of the future, Breno and Badstuber. Only a Braafheid own-goal can mess up a clean sheet this time out, right?

*Mario Gomez was unable to participate in the team training on Thursday and has been ruled out of the Saturday friendly. Despite assurances that he will be fully ready to go for the Wolfsburg match, he’s got to be wondering a bit about a deja vu season if Klose comes out and impresses Saturday.

*One Munich daily reported on Thursday that Louis van Gaal is on the verge of naming Thomas Kraft the club’s #1 keeper. Citing a mood of “open competition” Van Gaal has been placing Kraft with the first-stringers in training matches. Obviously, who gets the start in goal will be a key indicator to watch for on Saturday. If Jörg Butt is demoted, will it have been because Van Gaal trusts the input of his long-time collaborator Frans Hoek, or is it his power play to block a possible Neuer transfer, which he has been opposed to publicly?

*Bastian Schweinsteiger said on Thursday that he has been periodically dealing with lingering pain from the ankle injury originally suffered against Dortmund. “It’s nothing serious” he said, but it was serious enough to mention. Meanwhile, Schweinsteiger and Van Gaal are in agreement that #31 will be shifted out of the “10″ role in the new year. This sets up a possible 3 way battle for one spot in the midfield alongside him between Van Bommel, Tymoshchuk and Gustavo. But perhaps more entertainingly, it will see Kroos and Müller going head to head to inherit the “10″ spot once Robben is ready to play 90 minutes again.

With the players looking and sounding as energized as they are, I don’t think this is quite going to be your average dull winter break friendly…