Obviously, it can only mean one thing: it’s time for the annual Bayern in Trachten photo shoot.. 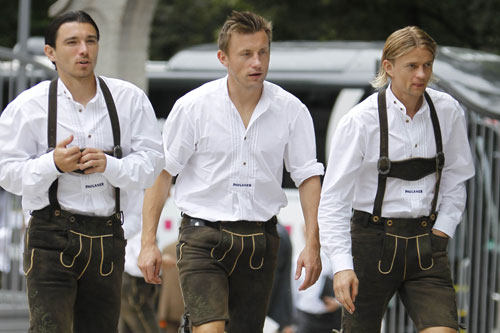 The eastern European contingent feels silly, but goes along with it. 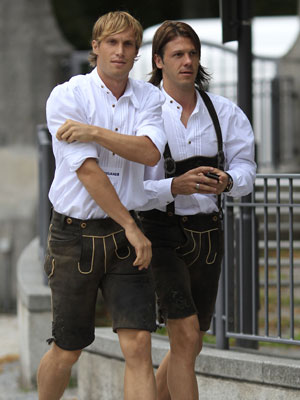 Even Crabby Boy put on his Lederhosen 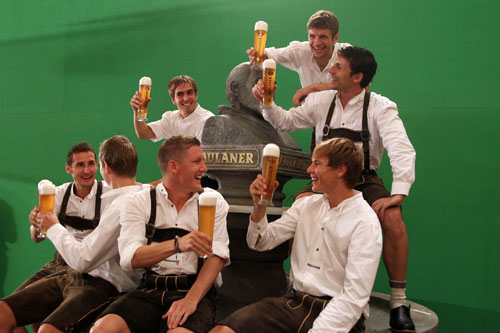 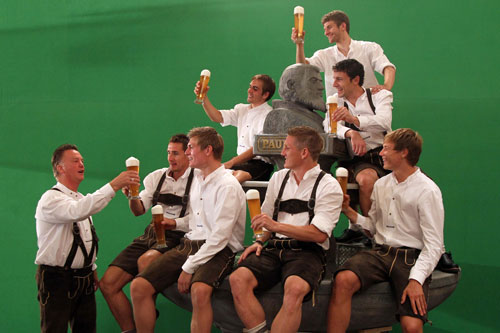 Based on reputation, Van Gaal is clearly stealing Klose's beer 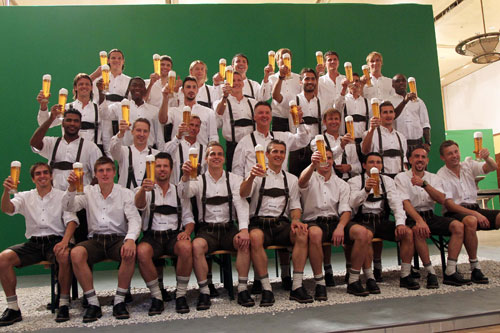