Share All sharing options for: Ribery Placed Under Judicial Investigation in France 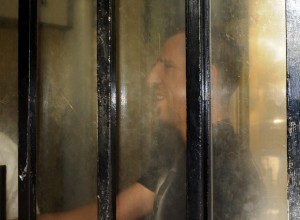 In case the swirling headlines of the Ribery underage-prostitution investigation have not reached you, there have been developments today. What exactly has happened, however may hinge largely on semantics. While many accounts like this one trumpeted that Ribery has been “charged” with solicitation of an underage prostitute, other reports like this Reuters wire copy say that Ribery was “placed under judicial investigation..on suspicion of soliciting sex with an under-age prostitute“. Yours truly has enough of a law background to know that the wording makes a hell of a lot of difference; on the other hand my legal knowledge would be put to much better use by Ribery’s wife if she wanted to leave for Spain and never come back. As all the French criminal law experts were already booked today to discuss Lindsay Lohan, I’ll give it my best shot: it would seem to be a preliminary step which formalizes the investigation against Ribery, which may or may not equate to what we think of as being “charged” in U.S. law, nor is it what we would call an indictment.

Reading news accounts will give you much the same information, but to recap: Prostitution is legal in France, but soliciting a prostitute under the age of 18 is illegal. The age of consent in France is 15, so it seems like the 18-20 year old prostitutes have a good political action committee. Ribery’s case will hinge whether he had any knowledge of the fact that the prostitute, Zahia Dehar, was under 18 at the time he solicited her services. Of apparent interest to the investigators is the allegation that Ribery paid for Dehar to fly to Munich and solicited her services as part of a birthday celebration. It is thought that if Ribery purchased the ticket, he would have known her age. Which, to me makes no sense on at least two levels: First, I don’t remember the last time I had to list my birthdate to get an airline ticket, if ever; second, I highly doubt that Ribery himself jumps on Expedia and buys the ticket. Because if you are self-interested and arrogant enough to fly a prostitute in from France, you are self-interested and arrogant enough to pay someone to do that for you, and pay them enough that they know not to ask questions.

The one belly laugh in the story came from Ribery’s attorney, who wondered aloud whether Ribery was being made to pay for the French team’s failure at the World Cup. Well now, I guess we’ll know the answer to that if a judge decides to commit Domenech to the asylum in the next few days. Finally, an added nugget that is being missed by many of the English language accounts: Ribery’s brother in law, the 22 year old brother of his wife Wahiba, has also been placed under investigation in the probe. Which certainly makes speculation more interesting. Not that I’m going to write about it.

So, ultimately how does this affect Bayern? Until more details come to light, I’d say very little. News reports on crime investigations always feel compelled to give you the max sentence; my educated guess is that there are very few people going to prison for soliciting underage prostitutes in France. And we all know Ribery can afford the maximum fine. As the investigators were nice enough to wait until after the World Cup to proceed, perhaps they will also be nice enough to conduct any formal hearings during the winter break. Ultimately, expect Ribery to be inconvenienced with a few more unplanned trips to France, but none lasting more than a day or so. Bayern was under no obligation to extend his contract in the spring; and we know the business acumen of Hoeness and Co. well enough to know they wouldn’t have touched him with a 10-foot pole if they had even a whiff of doubt about how these proceedings would resolve.

Now then, football..I’ll get to that soon.