The Back Line vs. The Bottom Line

Share All sharing options for: The Back Line vs. The Bottom Line 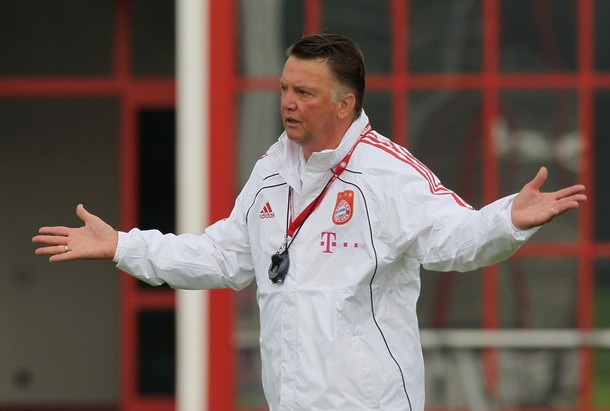 Absolutely fascinating stuff from Louis van Gaal in a chat with the press today at the first “Phase II” training for FC Bayern Munich. Van Gaal left little doubt that for the first time, there exists a philosophical difference between himself and management with regards to transfer policy. Though the conventional wisdom had been that Van Gaal was one of those leading the charge to add another young Dutch player, he instead balked at the notion that Van der Wiel was a player he wanted, scoffing at the notion of having to play Lahm, Schweinsteiger and Ribery (three right-footed players) on the left.

So if Van Gaal doesn’t want Van der Wiel, why is the club after him? His comments make it crystal clear that the board is not sure they will be able to re-sign Lahm, whose contract runs through 2012. It really is another (more expensive) Jansen purchase all over again. Only this one would also displease the coach and leave a young talent floundering on the bench.

Van Gaal reiterated that he wants a left back–but a good one, and one that is affordable. Although the comments don’t go this far, it’s not a stretch to say Coentrão was Van Gaal’s guy, and that is who he really wanted.

And if Süddeutsche Zeitung is to be believed, he may still get his wish. Their report indicates that recent public comments from Rummenigge represent posturing from Bayern, and that the Coentrão derby goes on, behind closed doors.

Other nuggets that came out:

*Breno should be able to begin team training on July 25th but Van Gaal estimated that he will not be ready for match action until December.

*When asked about left back depth, Van Gaal mentioned Badstuber. It was an interesting comment when related back to the Van der Wiel discussion, as Nerlinger gave several interviews throughout June where the same topic came up, and made no mention of Badstuber whatsoever.

And after all of that, not a word on a center back. Just sayin’.