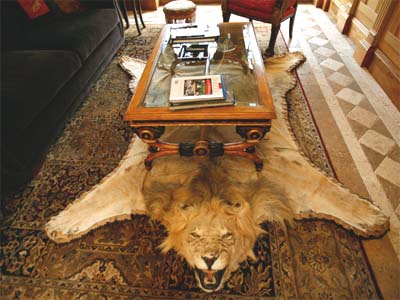 Why would a courtroom be any different than a football pitch? On Wednesday morning in Munich, District Court Judge Elizabeth Waltzinger handed down the verdict in the Allianz Arena catering dispute: It was a big victory for FC Bayern Munich, as TSV 1860 Munich was ordered to pay the Allianz Arena corporation (a wholly owned subsidiary of FC Bayern Munich) €542,344 plus interest (not insignificant as the dispute goes back four years) and court costs. The judges rejected 1860’s argument that the contract was “defective and immoral”, and also rejected an argument based on anti-trust law.

Although 1860’s legal team stated that it would explore appellate remedies, it seems unlikely that the financial condition of 1860 will allow for an even more protracted battle in the courts after this whopping defeat. The verdict virtually ends 1860’s stay at the Allianz Arena and will provide an impetus for negotiations between 1860 and the arena corporation to dissolve 1860’s long term rental contract at the arena, as they clearly cannot afford to fulfill it. But I’ve never heard Uli Hoeness as angry with 1860 as I have over the last few months, so don’t expect that to come smoothly or cheaply. There is also still the matter of the dispute over the valuation of shares when FC Bayern bought out 1860’s shares in the stadium corporation to save them from insolvency in 2006. 1860 is pursuing a separate action in which it alleges that the €11 million they were paid grossly undervalued the stock.

Where 1860 will find a home is an open question. Attempts to get state funding to refurbish the Grünwalder Stadion for 1860’s use have failed. Regulations put in place when the Allianz Arena was constructed forbid the use of the Olympiastadion as a pro football venue, but revising those may be the only realistic option. But the Bayern board may not even be willing to budge on that–as the arena corporation’s legal team said during the trial “Let them play in Unterhaching!”