Ten Things To Watch For As Training Begins

Share All sharing options for: Ten Things To Watch For As Training Begins

Phase 1 of pre-season training for FC Bayern Munich will start on Monday at the Säbener Strasse, with a rump squad of pros and amateurs training together through July 4. While most eyes will still be on South Africa, there will still be plenty to follow..

1) Kraft Services: After six years with the club, 2010-11 could be the season that keeper Thomas Kraft finally gets his first Bundesliga minutes. We’ll want to see Kraft strike a different note than Michael Rensing, who was criticized for being out of shape by the Kaiser himself in the preseason a year ago. Will new keeper coach Frans Hoek help make Kraft Bundesliga-ready if called upon? We’ll start to find out this week.

2) Christoph Knasmüllner: He’s already received the highest praise from Mehmet Scholl, and it was reported that Louis van Gaal was already watching him closely last season-now Knasmüllner needs to use phase 1 of training to make a lasting impression with the coaching staff. The only trouble: even if Knasmüllner works harder than anyone from day 1, he’s unlikely to find his way into the crowded midfield for this season. But, a strong showing from the start may see him on the same fast track into at least a Pokal match that David Alaba rode a season ago. 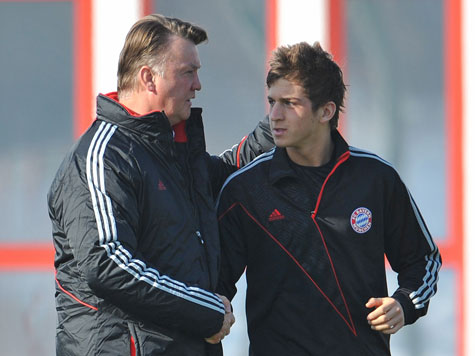 3) The Dotted Line: It’s pretty safe to assume that at this juncture, all parties who have anything to say about it would like to see Louis van Gaal’s contract extended beyond this season. Will it get done early in camp so LvG has one less annoying topic to deal with in the media? It may not happen before July 4, but my money is on it getting done before the Bundesliga opener.

4) A left knee and a right knee: Breno will reportedly participate in the first phase of training, just 3 1/2 months after a serious knee injury while playing for Nürnberg. His progress in this early phase could have a big influence on transfer decisions, as his health affects the depth chart at multiple positions. No one wants to think about it, but it’s possible that he could have a setback, which would ultimately leave Bayern without much realistic depth at CB.

Breno came to the U.S. for surgery on his injured knee, but looks to be healing quickly.

Meanwhile, amateur midfielder Taygun Kuru will be attempting to come back from a second serious knee injury. Injuries have limited Kuru to just 9 competitive matches in the last 2 seasons.

5) The Lell Show: This can’t end well can it? Bayern would probably like to get Lell off their books as soon as possible and it will help if he’s in some kind of actual football shape. But it would be the comeback story of the year if he shows he’s got his head on straight enough to challenge for the backup role to Lahm.

6) On a Role: We ought to see our first clues about positional usage for a few Bayern players: will Hamit Altintop and Danijel Pranjic spend some time at fullback? And how many different positions might David Alaba line-up in over the course of two weeks?

7) The Waiting Room: Andreas Ottl and Jose Ernesto Sosa will both be back with the team, at least for now. Both have contracts that run through the 2010-11 season, but neither is all that likely to be around long. In Sosa’s case, the return probably indicates that he’ll end up on loan in Europe rather than back in Argentina; for Ottl, der Club still seems the destination of choice after his successful loan spell there a season ago.

8. While the Iron is Hot: With only one pro striker in camp, it’s a prime opportunity for Deniz Yilmaz (Bayern II’s leading scorer a season ago) and Saer Sene to show they can step up to the next level. Yilmaz, who also scored multiple goals for Turkey in U21 Euro qualifying and was being watched by Sunderland and Newcastle, must certainly have ambitions of challenging for a spot in Turkey’s senior side for Euro 2012. A strong showing from one of these two might cloud the forwards picture a bit more. 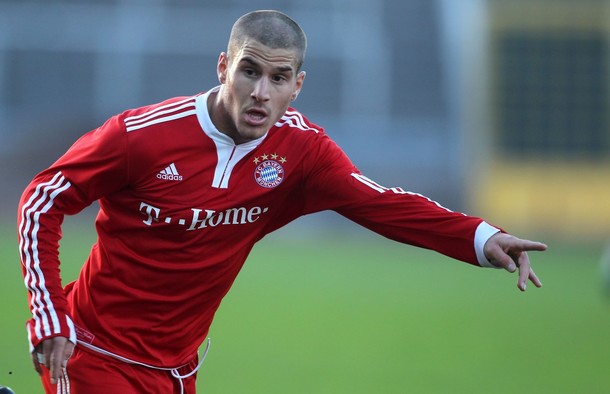 Yilmaz is coming off a 13 goal season in the 3. Liga

9) More Mehmet Goodbyes? Mehmet Ekici would almost certainly have been Bayern II’s leading scorer a year ago, if not for season-ending surgery with a handful of matches left. Now Ekici faces the double challenge of working back into form while also having more competition. The rump squad training may be his best shot to demonstrate he should be part of the midfield rotation. An impressive return may put a hold on loan rumors and make life more difficult for the likes of Alaba, Altintop and Pranjic.

10) Plenty of Rain: The forecast would not appear to support any change from a rainy spring to a dry summer when the equinox occurs on Monday…