It was a favorite topic on the Bayern Offside comment boards for months–where the %#$& is Christian Lell?

Things started badly when his first start of the season in an amateur match got him a red card and a 3 match ban. The famously over-aggressive right back made a blip of a return in a snowy Pokal match in February, and was never seen again. Not in training. Not on the bench. Not in the stands. As readers pointed out, he wasn’t in the 110th anniversary team photo, and didn’t appear at any of the team celebrations. His website went without update as well. 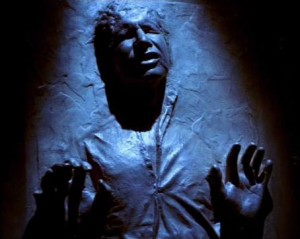 The official line from the club for months was that Lell was on “sick leave”. This probably only stoked rumors of a more dire nature. But, no one could be too bothered to investigate further–after all, there was a treble to chase!

But never fear, everyone’s favorite tabloid has come to the rescue to inform us that Lell is alive..and wasn’t around because…um..well it’s not really clear why. Lell alludes to “personal problems” and his need to “take a long break”, but doesn’t elaborate a whole lot.

But never fear! When training begins on Monday, Lell will be there! His contract runs through 2011, although he indicates that if nothing changes he will “seek alternatives”. One rumored destination was Stoke City, which would probably be a good PR move for Ryan Shawcross. In the meantime, the odds of a barrel-roll-karate-chop-slide tackle in Bayern training next week have just increased substantially.