Klose: Determined To Stay At Bayern

Share All sharing options for: Klose: Determined To Stay At Bayern 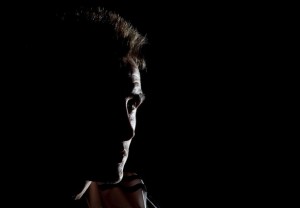 At times during the 2009-2010 campaign, it seemed like Miroslav Klose was hardly there. Even I was surprised to look back at the stats and see that Klose did get into 38 matches in all competitions this past season. A career low in scoring obviously helped create the perception of a missing Klose, and even the biggest goal he did score was fraught with controversy.

On Sunday, although Klose did miss a couple of great opportunities, his goal to put Germany ahead 2-0 was both a thriller and represented the type of athleticism that Bayern fans once expected of Miro. As the match got out of hand, Bayern fans could be forgiven for dwelling on a) I hope Kroos gets in and b) Can Louis van Gaal find a way to play this Klose next season.

It will be perhaps too easy to evaluate Miro based on Sunday’s performance rather than the 38 over the past season. No matter how far Germany goes in the tournament, Klose is now a reasonably injury-prone 32 year old striker whose best seasons are behind him. With an expiring contract in 2011, it still makes all the sense in the world to have him move on to a club where he can play regularly in the twilight of his career. But it doesn’t make sense to Klose himself.

On Monday, Klose was quoted as saying that he believes he can still win a regular place in the lineup, and wants to fulfill his contract at Bayern. Could it be that the Klose renaissance is underway? Can he still step from the shadows and salto anew in Munich?

For much more on the DFB-Elf, head over to the World Cup Blog’s Germany headquarters.