First video is basically the medal ceremony, 2nd contains more of the hijinks. 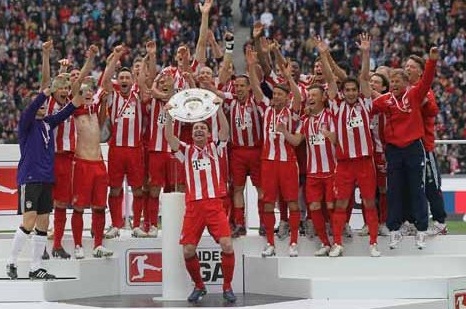 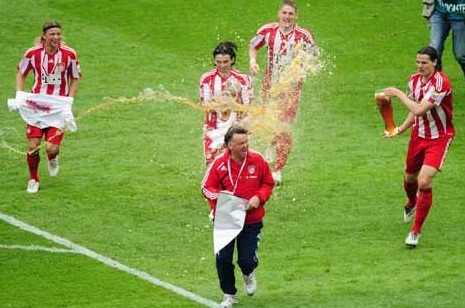 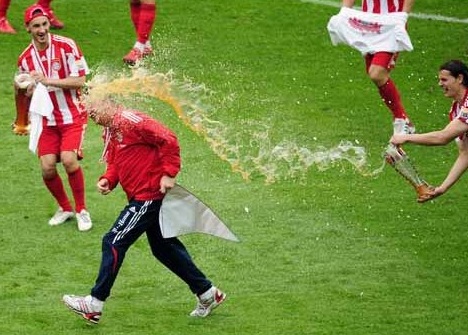 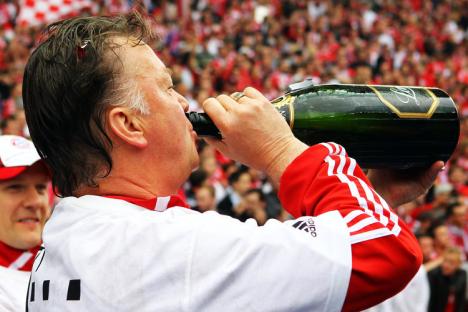 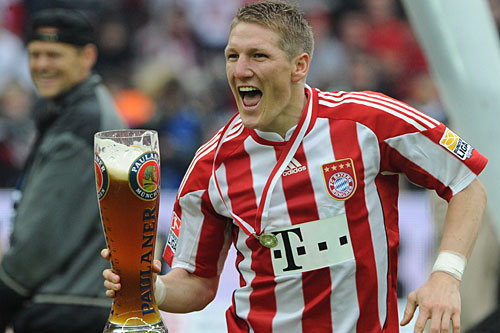 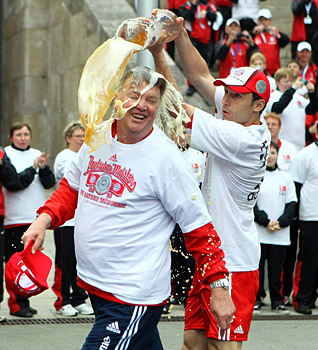 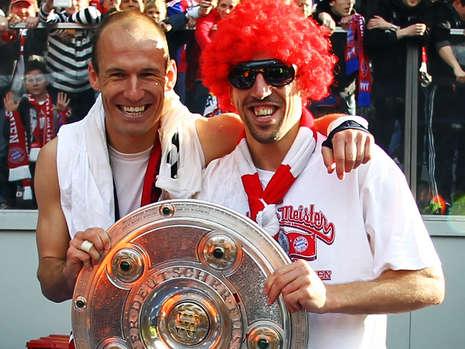 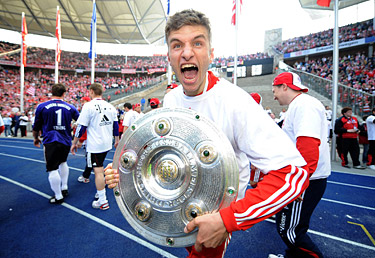 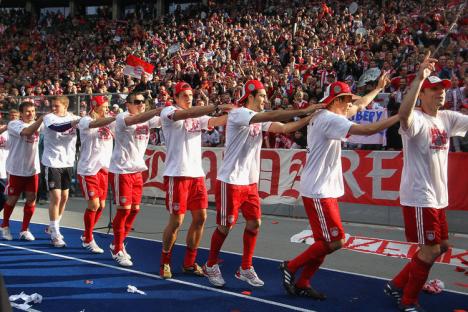 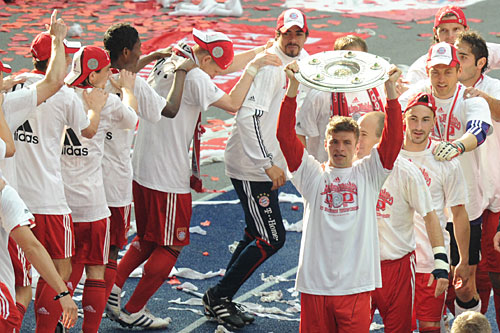 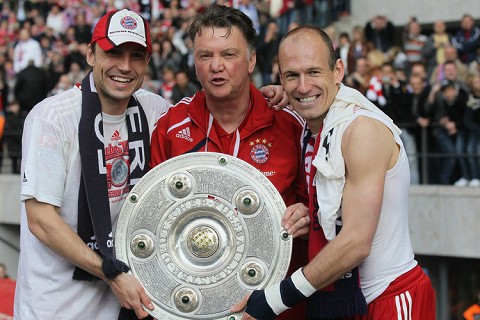 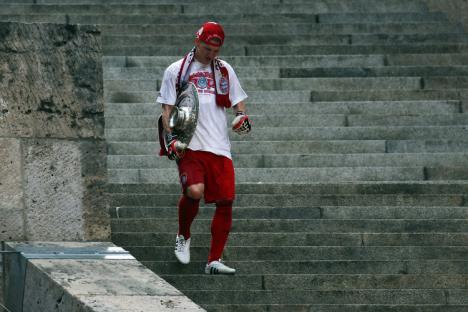 If you’re keeping score at home, Van Gaal didn’t do a half-bad job of dodging the first Weissbier volleys from Schweinsteiger, Pranjic and Van Buyten–but Van Bommel waited until a calmer moment to properly soak his coach.

*Van Gaal making it on to the bench about 3 minutes into the 2nd half, after changing into “athletic gear” from the suit he wore to start the match. His arrival was greeted by a hearty laugh from Hermann Gerland.

*Bundesliga President Reinhard Rauball apparently so taken with Arjen Robben that he didn’t give him his champion medallion until prompted by Robben.

*Van Gaal taking David Alaba aside during the celebration and whispering something in his ear, and then giving him a turn holding the plate.

*Van Bommel, forever confirming his devious nature by taking a full glass of Weissbier, wrapping it in one of the white t-shirts, and seeming to mouth “this one is mine” to enquiring teammates. That beer would mostly end up on Louis van Gaal.

*A muskrat or other small woodland creature now inhabiting the space where Diego Contento’s hair once resided.

*Ronald McDonald appearing in the celebration with Bayern. Franck Ribery was at that point, mysteriously absent.

*Schweinsteiger chasing down Dr. Hans-Wilhelm Müller-Wohlfahrt for a beer dousing. The 67 year old (who looks about 47–must be those calf blood injections) took evasive action and mostly dodged getting soaked.

*Rensing of all people, taking a megaphone from a fan at one point and trying to lead cheers.