His advocates are many on the Bayern Offside comment board, but Thursday’s news confirmed he’s a hit with the club’s board as well: Diego Contento was signed to a contract extension through 2013. With both Thomas Müller (2013) and Holger Badstuber (2014) signed to long-term deals, the Contento extension is another clear sign that Bayern are intent on committing their future to their homegrown talents. It was also reassuring to those who may have felt that the return of Edson Braafheid was a sign that Bayern weren’t entirely committed to Contento, and feared his loss ala Mats Hummels. Contento played in a total of 14 matches with the senior side, and tallied two assists in the Bundesliga. 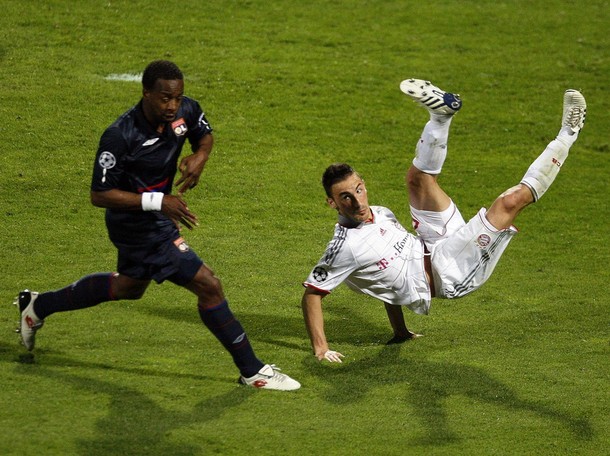 The extension would also seem to give credence to the theory that Bayern will not make a move for a starting fullback in the offseason. Though the idea of chasing a right back and moving Lahm back to the left has been tossed about in recent days by some at the club, I would be fully satisfied with Contento going in as the starter at LB for next season. It’s really not fair to Contento to say we’ve seen “flashes”, because he did show more than that on some occasions, although he will still need time to develop into a “complete” player. The next challenge will be to see if he can play at the same level over 40 matches that he did over 14..

In a kicker interview, Arjen Robben indicated that Rafael van der Vaart wanted to come to Munich last summer, and still desires to join Bayern if the opportunity arises. Quite a crowded midfield that would make, but I wouldn’t turn him down.

And finally the wait is over: The 2010 Honigsteins are out.