Poll Question: Looking Back on Lucio

Share All sharing options for: Poll Question: Looking Back on Lucio 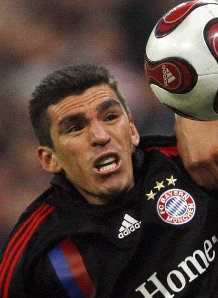 It’s now been 8 months since FC Bayern Munich somewhat surprisingly sold longtime central defender and vice-captain Lucio to Inter Milan. While many fans hailed the sale, some experts opined that Bayern would live to regret what was characterized as a further destabilization of what had been a shaky defense in the 08-09 campaign. The famous August fan protest letter thought the sale would only be legitimized by a corresponding purchase.

Bayern has used a variety of combinations of Daniel van Buyten, Martin Demichelis, and Holger Badstuber in center defense for the balance of this season. While fan dissatisfaction with Demichelis has been palpable, Badstuber is generally regarded to have been competent if unspectacular, while Van Buyten has largely escaped widespread criticism despite lapses dating back prior to last week’s Champions League match.

Though a statistical average would indicate that Bayern’s defense is markedly improved over a season ago, it’s still viewed as the weak point in a team with one of the best midfield combinations in the world. So, as Bayern heads down the stretch in a tight Bundesliga race, and faces a Champions League quarterfinal that will require a more robust defense, was dumping Lucio the right call?