As you can see below, at least part of the Bayern kit leak a month or two back was correct: there will be a new home kit next season with a very traditional vertical red and white stripe design. What is unclear is what a new away kit might look like: the leaked designs showed a light blue and white stripe design, which would also have its origin in tradition, but would run very similar to a certain team that leases our stadium at first glance. At least once source insists the team will actually wear this kit on Sunday to celebrate the club’s 110th birthday. 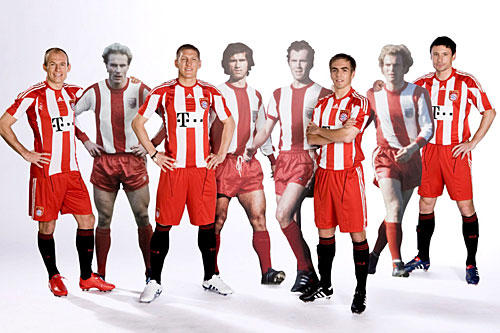