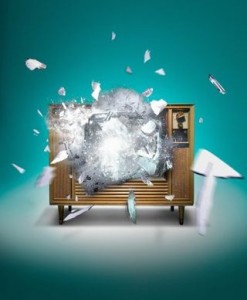 Just in case you were questioning whether you, as a fan of the Bundesliga are considered a 2nd class citizen, let GOLTV’s Saturday schedule leave no doubt in your mind.

When FC Bayern Munich, winner of 11 straight matches in all competitions, take on fifth place Borussia Dortmund at 12:30 p.m. Eastern time on Saturday in the league’s top match of the week, we will all be looking for a stream to watch it. GOLTV has decided to show the match on a 10 hour delay. Do you even think they’ll keep the match report off their own homepage for 10 hours? Clearly the decision was made because GOLTV will be airing Real Madrid’s match beginning at 2 p.m. Eastern. GOLTV can’t be bothered to delay Real Madrid’s match by 15 minutes. So, maybe there’s some rationality to it, maybe it’s a big match. Uh, no. Madrid will be playing last place Xerez, a team with a record identical to Hertha Berlin. Oh, but Xerez have actually scored less goals.

Here, we have a league scheduling situation that matches the infamous September 26, 2009 GOLTV broadcast. Bayern visited Hamburg at 12:30 p.m. Eastern while Barcelona was set to visit Malaga beginning at 2 p.m. Viewers will recall that GOLTV began cutting away from a hotly contested, though still scoreless HSV-Bayern match to show us Barca players getting off the bus. In possibly the worst timed cut-away since the Heidi game, GOLTV left the Bayern match to join the start of the Barcelona match, just before Mladen Petric put HSV ahead 1-0 in the 73rd minute. Some split screen techniques were employed, though they were still heavily tilted towards the Barcelona match. It was an imperfect but welcome compromise to being totally shut out of your match, but the damage had been done.

I am fortunate enough to have a local pub that opens early and which is inclusive enough to allow fans of all nations to see their club’s matches. When GOLTV is broadcasting the matches, that’s where I go. But I know this is the exception rather than the rule for most. Many of you are unable to access ESPN 360’s coverage as well, and GOLTV in your living room is your source for watching Bayern and other Bundesliga matches.

I would implore you to make your voices heard. GOLTV has the Bundesliga rights for the next two seasons after this one, and only motivated fans can prevent this from occurring over and over again. Let GOLTV know there is no good reason why they can’t show the match live and employ a split screen for 15 minutes this Saturday. Tell them not only is their schedule bumping the hottest team in the world right now, but thousands of their target viewers will be interested to see Dortmund’s Argentine striker Lucas Barrios, one of the hottest players in the league right now. Let them know it’s time for them to respect their Bundesliga viewers. It’s supposed to be the beautiful game, not the 10 hour tape-delayed game.