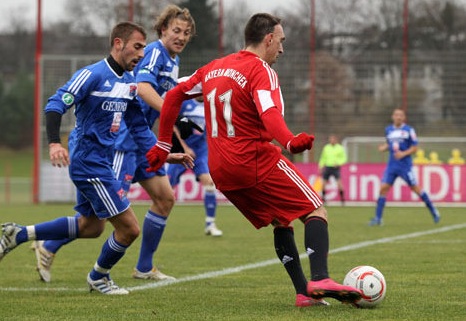 Whether it was a tribute to an injured teammate or just the luck of the draw from an unconcerned equipment manager, it was rather unique to see the number 11 end up on Ribery’s back for today’s 2:1 training match victory over SpVgg Unterhaching. Ribery assisted on Bayern’s second goal, scored by amateur Christoph Knasmüllner and played about 70 minutes, while Breno and Diego Contento went the distance..as did Edson Braafheid who once again found work because there was no one else there to do it. I hope to have some video for you a bit later on..