Not only can Mario Gomez score hat tricks against Hannover, he can bring nations together as evidenced by German Chancellor Angela Merkel’s sly gifting of a Gomez shirt to Chilean President Sebastian Pinera. 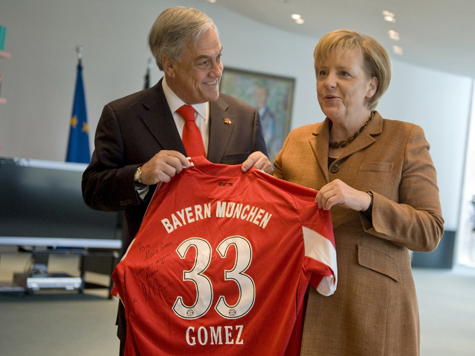 Kudos to Angie for not cheating and slapping a 33 on a national team shirt. If Bayern wasn’t already Chile’s team, it better be now.

Pinera responded to receiving the ultimate gift by presenting Merkel with a pet rock.. 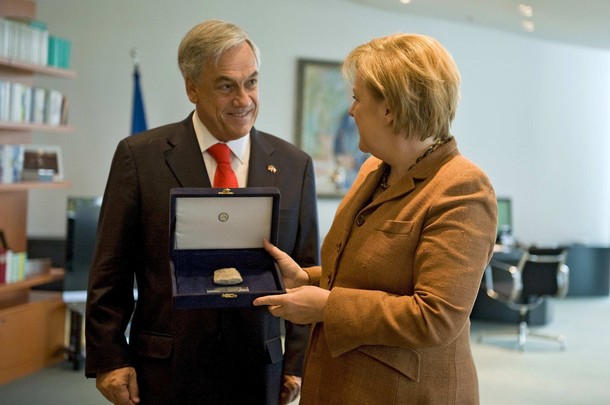 In actuality, it was a stone from the mine where the 33 men (including one named Mario Gomez) were rescued earlier this month. Pinera was expected to consult with Merkel for advice about marketing millions of pieces of tiny stones from a major historical event that was watched on TV worldwide, a unique export market in which Germany has over 20 years of experience.

Meanwhile, a shirtless Gomez is expected to address the UN General Assembly next month. We believe peace…is at hand.