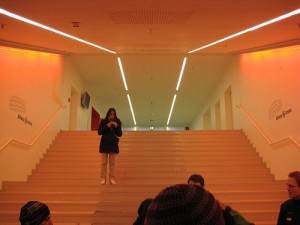 The long, though shorter than normal wait is over! Open up the tunnel again! Bundesliga football returns tomorrow night in Munich, as FC Bayern take on 1899 Hoffenheim. The match will air live on GOLTV at 2:30 p.m. Eastern time in the U.S. and Canada, as well as live at 19:30 in the UK on ESPN. Australian viewers will have to wait until 1 p.m. Eastern on Saturday for the first showing on Setanta.

Time for all the tiresome story lines ahead of this one. We’ll undoubtedly endure all kinds of sources informing us how many days or weeks it’s been since Bayern have actually been in first in the Bundesliga. We’ll have the announcers lecturing about the latest toenail removal techniques that have allowed Franck Ribery to return to training. And brace for the comparison of the two teams to their place at this time last season.

Arjen Robben is fit for the match by all reports, so the Bayern lineup should see two changes from the last match against Hertha Berlin. Expect Robben to slot into the starting lineup in place of Danijel Pranjic. This was foreshadowed a bit when Pranjic was the one player who remained on the pitch for the full 90 minutes against Basel. The other change will of course be Mark van Bommel returning to the lineup following his suspension, which will return Anatoliy Tymoshchuk to the bench.

Bayern headed into the break on fire, but Hoffenheim was headed in the opposite direction, going winless in their last four matches. I watched their last match against Stuttgart, and although they played with 10 men for most of the 2nd half, and the conditions were even worse than in Munich, Hoffenheim looked pedestrian. Although they’ve got 7 wins on the season, those wins are all against teams ranked 11th or lower in the table. They will have some personnel issues as well with Obasi and Vorsah at the Cup of Nations, Luis Gustavo suspended, and Carlos Eduardo a question mark due to a bum knee. Ralf Rangnick is undoubtedly constructing last-minute equations which will tell him how to generate a coherent midfield, but the overall effectiveness may hinge on Eduardo. Without him, I would expect to see a more conservative than usual approach from the visitors.

Although Rummenigge had said as much at the annual meeting, it was relieving to see it reported again that the club has a “100%” intention of bringing back Toni Kroos for next season. We ought not to worry about that one anymore. Even Kroos is not sure Leverkusen has what it takes to win the title.

Just a couple of days after I cited Daniel van Buyten as a contrast to Martin Demichelis’ incredibly selfish attitude, our Bayern Offside Player of the Year 2009 has given a terrific interview to Spox.de. Over the years, I have been somewhat critical of Van Buyten, citing his seeming unwillingness to play a physical style in line with his considerable size, as well as what I perceived to be his lack of speed. But I simply can’t deny that he has been an improved player in all facets this season, and this interview will really generate respect for the “Belgian Bull” for any fan that reads it. An exclamation point on the end of my post from a couple days back, no question.

I don’t see this one being pretty. The 4th Bayern-Hoffenheim match is the one that goes into the books as less of a thriller than the first three, but Bayern are able to push through to a 2-1 victory.