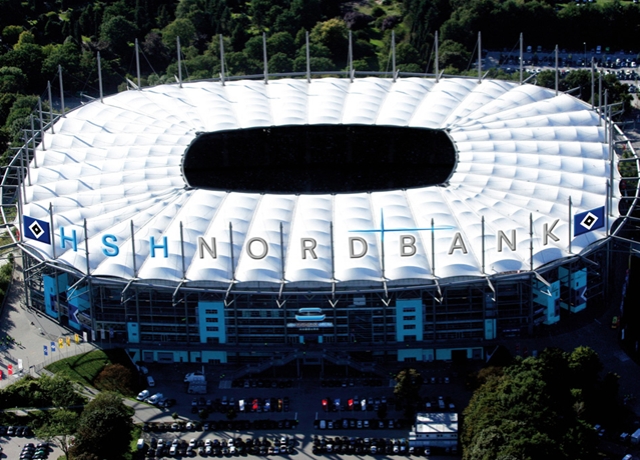 Suddenly, the injury sheet takes a front row seat. Daniel van Buyten’s appearance is still in doubt after a training ground injury Thursday. The team’s website reported that he took part in training on Friday, however. This is a bigger deal than just being without an in-form player. There’s a reason he’s played every minute of every match since Micho was injured–there really isn’t anyone else to play there. A few less-informed English-language sources seem to be suggesting that Micho is fit enough to step in, but fail to take into account that he started training again on Wednesday . So no, I don’t think so. Therefore, if you want a right footer in there, you’re really down to Görlitz, who hasn’t played central midfield since before he went to Karlsruhe. Otherwise, you’d have some combination of Badstuber, Breno and Braafheid. Let’s not contemplate this any further and hope Daniel is completely up to speed on Saturday. Hamburg appears to have some new problems of their own beyond their existing injuries: although Mladen Petric and Joris Mathijsen seem to have overcome their knocks, Ze Roberto is a game time decision after a calf injury forced him out at halftime of the Pokal match on Wednesday.

Of course, the media can’t go through the buildup to this match without obsessing over Ze Roberto. You can read a paint-by-numbers interview with him at the official Bayern website. I only ask one simple question: has there been a single moment this season when you’ve said to yourself “I wish Ze Roberto were here”? I didn’t think so. A personnel move can be sentimentally wrong, but structurally correct. We did not need to tie up 2 seasons in a guy who was clearly declining in the 2nd half last season. He might make a nice contribution here and there for HSV, he already has. But HSV fans, of all fans, should be familiar with pointing at long-ticking clocks, but in this case seeing that time is not on their side.

Making some waves in the tabloids was Louis van Gaal’s decision to send Luca Toni back to the reserves for the weekend. Why this surprised anyone, I’m not sure. Toni had been sidelined a lot longer than Klose had, and clearly the Pokal match was not Toni’s finest moment. Let’s rejoice in the fact that we’re good enough to say “Luca Toni, eh, we don’t need him this week”.

When you look at a long term rivalry with so much match data behind it, it can be difficult to pick out what is meaningful. The next temptation then, it to write in the monster-truck rally promoter style, something like “throw out all the stats, this is going to be an all out brawl for the top of the league!” Well, that misses the point even more. So without any further ado, let me give you the stats that I think are most pertinent going into this match. In 6 Bundesliga matches, HSV has scored 7 goals within the first 15 minutes. Bayern on the other hand, have scored a big fat 0 in the first 15. Conversely, Hamburg have allowed 5 of their 7 goals in the 2nd half, while Bayern have, you guessed it, 10 second half goals on the season. Six matches is enough of a sample to give you a good sense of what game flow is like. If you’ve watched Bayern this year, you know they are especially slow starters. However, Bayern have the luxury of willfully adapting away from this tendency–simply by starting Robbéry. Meanwhile Hamburg, who have seen the injured Paolo Guerrero and the gimpy Ze Roberto score nearly half their goals, don’t have much other option than to put their trust into the Bergs and Elias of the world and hope the early scores continue. Something is going to change in these opposing dominant trends, and I believe Bayern have the greater ability to affect that change.

Lahm is our leader on the pitch in Van Bommel’s absence, and he is coming off what was arguably his most offensive-minded performance of the season against Oberhausen. He’ll need to play his best defensive match of the season to bottle up the speedy Dutch left winger. Perhaps LVG and Braafheid will have a few instinctual tips for containing the former Twente product, but keeping Elia out of the flow would go a long way towards denying HSV the ability to reform their suddenly ailing attack.

By now, my prediction section is becoming pretty comedic. At least I predicted a significant header last week. I have the feeling that I’m not according enough respect to HSV based on recent results. They’re a good team, especially at home. But, I think we’re determined enough to be better.