‘A player can’t choose which position he wants to play in, This is not a musical request program and it remains a decision exclusively for the coach.’

Sounds kind of rough, hmm? You’ll find the source at the end of this piece.

Louis van Gaal will in all likelihood, be out of a job by the end of December. He could in fact, be out of a job a week from now, though I don’t believe anything will happen until at least next Monday, pending results of course. And yet, he will hardly be to blame. If his greatest sin is being a pedantic egotist, he is in fine company across the football coaching fraternity. Never mind the never-ending, though valid debate about whether the parts he’s been given actually fit together on the field. There is no debate about whether these players believe they belong together on the pitch. If they aren’t Dutch, or haven’t gained playing time this season, they’ve been ruthlessly selfish. Van Gaal himself seemed exasperated in his brief post match comments. So I went looking for advice that might be helpful. 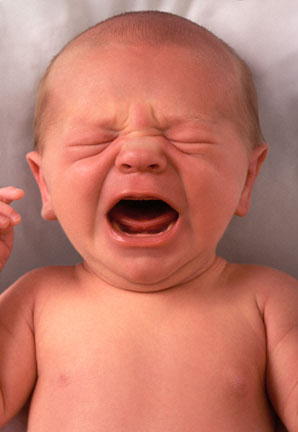 The crying in some colicky babies begins after the feeding when they may have been either overfed or underfed. Extended crying before the feeding is seen with a hungry baby.

Luca Toni, whose presence on the field we were mercifully spared on Sunday, couldn’t even find it in him to apologize to the coach for leaving the stadium mid-match. Philipp Lahm took it upon himself to tell the world of all the ills he perceived behind the closed doors of FC Bayern. He followed up his critique with possibly his worst match ever in a Bayern uniform, and could only be thankful that Thomas Müller edged him out for worst man of the match. Still willing to keep patting Lahm on the back?

You may find that the periodic irritable baby can benefit from being held, or walked, or rocked. He may be comforted by another feeding. Or simply a pacifier in his mouth will give him comfort.

Mario Gomez decided his paycheck entitled him to minutes, whatever the situation.

Your fretful baby may have a harder time adjusting to a schedule. Usually they fuss the first three months, but soon become adjusted to the outside world and calm down later.

Martin Demichelis, who has a history of feeling entitlement, demanded his starting spot back. In a sign of Van Gaal’s weakening authority, he got it.

The baby has no other way to communicate his needs to eat except to cry.

Michael Rensing actually didn’t complain all that much, but it seems Van Gaal followed the proscribed advice for him.

A hypertonic baby is very jumpy and doesn’t relax well. This baby is bothered by sudden movements, loud noises, and sometimes is very uncomfortable in a tub bath. He may also have symptoms of colic or periodic irritable crying. If you suspect your baby is a hypertonic one, then he may be comforted by swaddling him in a receiving blanket.

Of course, all the above advice was excerpted from “Dr. Spock’s The First Two Years: The Emotional and Physical Needs of Children from Birth to Age 2.” I do try to resist the notion of calling a group of professional athletes a bunch of babies. But I was inspired to take this tack after reading a quote today from Holger Badstuber, who said in TZ (I am roughly translating) “Our fans are really extreme. That also doesn’t help us”. I could write a whole piece simply on how frustrating that was to read. But, I decided I would test my baby hypothesis instead. Pretty good results, no?

Oh, let us also not forget the injuries. The English language announcer in the ESPN 360 feed made a subtle swipe at Bayern’s “illustrious bench”, but did you see that list? Kraft, Ottl, Lell, Breno, Olic and Baumjohann. Altintop, all set to start according to kicker just before the match, pulled up lame in the warm up. How on earth do you implement your system with this group? Despite the team with seemingly endless depth now hardly having any, LVG tried. The use of Olic was just desperation, but in some ways Baumjohann was the best Bayern midfielder out there on Sunday.

Sight seen on Sunday: The Hoeness brothers conversing at halftime. Was Dieter putting a bug in Uli’s ear one way or the other about Lucien Favre? Or was Dieter asking if he could also get his mug on a commemorative scarf?

When meltdowns were fun

Since there was some chatter on our boards about Trapattoni the last couple days, and Louis van Gaal simply hasn’t done anything funny lately, here’s the best Trap meltdown remix, in my opinion

And so who spoke those rather harsh words? Louis van Gaal in his Barcelona days? Felix Magath on his way out the door? Well, it was none other than Ottmar Hitzfeld, commenting on the insubordinate Martin Demichelis, who refused to play in midfield in a 2008 match at Cottbus. Demichelis soon profusely apologized and went about his work helping set a Bundesliga record for fewest goals against. But these days, the apologies are rather hollow, and going about one’s work, not in the cards. Louis van Gaal can’t take the free kicks for you, boys.