What a difference an N makes

Share All sharing options for: What a difference an N makes

I’ve taken a little break for the international week, but events certainly have not, and with the possibility of a full scale revolt on our hands after this weekend, the first thing I want to do here is a little news roundup. 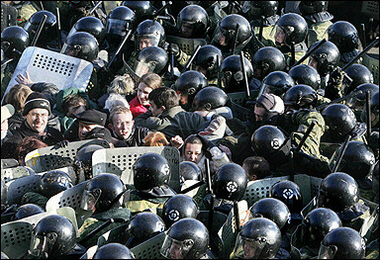 Martin Demichelis tries to sound like a leader, fails then decides to tell us where he’d rather be

File under: Double up on Dutch

From “who are you going to get?” to “I’m about to get fired”

File under: Somebody loves me

Expect to see more Holger Badstuber at left back.

Meanwhile, Badstuber returns the love to his coach.

Bayern Munich are set to take on table-topper Bayer Leverkusen at 9:30 a.m. Eastern on Sunday. The match will be shown live at ESPN360.com and on ESPN Deportes.

Although the visitors from the northwest haven’t won in Munich in 20 years, that seems to be about the only stat in our favor. It’s hard to find a lot of weaknesses in Bayer Leverkusen’s game, and it may be even harder to find something bad to say about them, considering our erstwhile coach Jupp Heynckes has finally molded this maturing group into a consistent, competitive team. In contrast to Bayern’s transfer flops, Leverkusen made moderate, targeted purchases with Sami Hyypiä and Eren Derdiyok, which have stabilized a suspect defense and softened the blow of losing Patrick Helmes to injury quite nicely. Leverkusen will be without Simon Rolfes and Renato Augusto due to injury, and though the club was a bit unlucky in two draws to Dortmund and Schalke, step-in Stefan Reinartz scored his first Bundesliga goal in the last match against Frankfurt. Be sure to check out the Bayer 04 Offside for more on the match.

Bayern and Louis van Gaal enter the match with backs now firmly planted against the wall, but that won’t help the injury situation very much. Ribery is still out and Arjen Robben is now rated “very doubtful”. So much for the amazing healing powers. In addition, Edson Braafheid and Danijel Pranjic are both said to have “seasonal flu”. Could it be transfer-seasonal flu? Ivica Olic is still a week away, although progressing nicely. Perhaps the best chance of Bayern scoring is the fear of Miroslav Klose, who was cleared to return to practice Thursday after several days in quarantine because his children had swine flu. You never know, Rene Adler may have a Howard Hughes like fear of germs.

So, what can Bayern do in this match to come away with a desperately needed 3 points? These things seem so basic, and yet we haven’t seen much of them.

Too often we have seen a 7 or 8 minute buildup in possession and attack disperse too easily. I don’t expect to see end to end action, despite Leverkusen’s new found confidence. Slop and speculation in the offensive end needs to be curtailed. As always, Schweini will be a key measure of this.

It’s so perfect actually, because I do have two meanings here. I want to see Mark Van Bommel really pushing the limits and putting people on their rear ends. Despite Leverkusen’s adept dead-ball skills, Bayern ultimately stand to benefit from controlling the pace and intimidating the visitors. In addition, we’ll need the best out of Jörg Butt, who despite seemingly not holding much of a grudge against his former employers, ought to find a way to get mad at them for 90 minutes.

Continue to give Braafheid and Altintop opportunities. These are players who do have the ability to create off the dead balls, and since there is no natural playmaker on the field without Robben, the frees and corners become all the more important. The last thing I want to see is Toni/Gomez trotting on in the 70th minute to add a 3rd striker who flops around for 20 minutes creating nothing.

The Toni we need

Of late, it’s been Bayern’s own Toni Kroos who’s been garnering the headlines and the highlight videos for Bayer 04. With 3 goals in the last 5 matches, and two highlight reelers among them, the still-only 19 year old is progressing nicely. Of course there will be a danger that Kroos will never come back to Bayern, especially after his oft-promised future #10 was given to Arjen Robben. Undoubtedly, Rudi, Jupp, Uli and Christian will sit down for a little chat on the subject this weekend. However, I don’t think putting him on loan was such a bad idea at the time. At a basic level, Kroos needed to play. It’s perhaps only a shame that Bayer is not playing in Europe this season, although Kroos did get some seasoning the UEFA Cup campaign two seasons ago. Kroos gives his own rather unrevealing views to the official Bayer 04 website in an interview posted today.

One thing to remember when pining for Toni Kroos-the great teams don’t just have potential stars, they have potential constellations. And while Bayern II may sit 20th and last in the 3. Liga at present, there are still things to get excited about. Presenting: David Alaba