Podolski on the merry go round

Share All sharing options for: Podolski on the merry go round 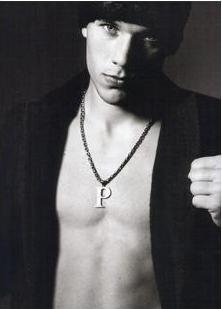 As we all know, the round and round of Lukas Podolski’s plight of should I stay or should I go was put on hold until after the Euro’s. Well, the Euro’s are over and Podolski wishes to leave. Who could blame him really after the year he had warming the bench? With Klose and Toni forming the dynamic pair that they have, that leaves little room for Poldi to play as a striker. There are other options and I’m sure Klinsmann has thought about them, but for now, Poldi wishes to leave the club. He has talked about the club not having confidence in him, but Klinsmann is definitely a fan. Poldi’s thoughts on the whole thing are now that it is time for him to move on.

"I of course know about enquiries from abroad, which are very attractive from a sporting point of view. But Cologne would be for me a matter of the heart," the forward told Sportbild.

"I feel good there and have family there. The birth of my son also comes into the equation. I believe Bayern understand that."

Then Karl-Heinz Rummenigge said they would search for a replacement for Poldi and that they would try to accomodate his leaving. Right… err wait, that is a big no go. I imagine our young Prince was pretty shocked when Rummenigge threw water on the fires of any transfer for young Poldi during a press conference today.

"He is not for sale at all. Podolski is not leaving. And I use this press conference to transmit that to my Köln colleague. This position is definitive," Rummenigge declared.

Looks like Podolski will fulfill his contract with Bayern which lasts through 2010. I wonder how happy that makes him.