Ribery not for sale

Share All sharing options for: Ribery not for sale 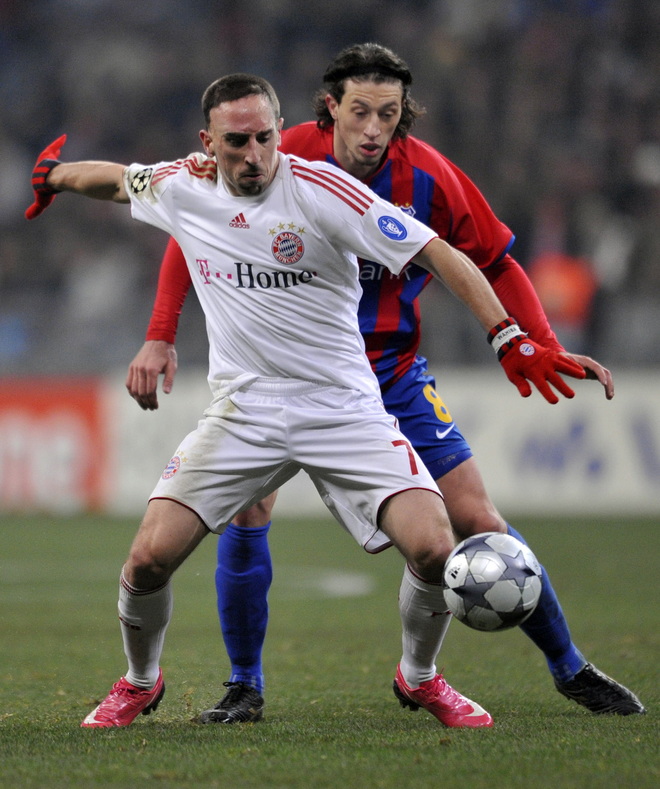 "We know what kind of player we have in Franck Ribery. I can reassure the fans: There is no sum in the world that would prompt us to think about it. Absolutely none. The board agrees: Franck Ribery has a contract until at least 2011 - he is not for sale." Those are the words that many fans were waiting to hear and Karl-Heinz Rummenigge was more than happy to say them. Today he made the announcement that Bayern will not be spending any money in the winter transfer window. The only exception will be the loan of Landon Donavon. No one will leave and no one else will join the team.

He also brought up the subject of much speculation lately: Anatoly Timoschuk. Bayern have only held informal talks with the Zenit St Petersburg captain. If things progress, it is likely that Lukas Podolski may get his wish and he will be let go to Cologne. But, he will have to wait until the end of the season since their mid season replacement hopes were dashed when Mario Gomez picked up an injury. The news that Podolski will stay comes after Franz Beckenbauer had said that the club was ready to sell him for £13million. Whenever Podolski comes up for bid, Cologne will have first option on him. And, Cologne couldn't be more excited to renew their love affair with the Prince. Woflgang Overath is very excited. "We have done our homework. We'll be doing everything -- and I mean everything -- in our power to bring the boy back home." Maybe not now. It's like being on a merry go round. Round and round we go. Please, for the love all things good in this world, let the poor boy go. It is time for Bayern to realize that this isn't a healthy relationship and Poldi has long ago said it's over. Let the break up sink in already. It's clear he doesn't love them and never will so stop hanging on and clinging to him like a crazy psycho ex-girlfriend. And just how will Cologne be able to afford bringing their Prince home? Oh, that's easy. Investors so they can raise the money to bring him home.

Also, in the winter break, Rummenigge said that they will talk to Mark van Bommel (*throws confetti and squeals like a girl), Ze Roberto and Bastian Schweinsteiger in order to renew their contracts which end at the end of the season. Rummenigge suggests that Bayern would like for all three to stay on after this season. Meanwhile, Boudewijn Zenden is keen on making a move to PSV, especially if a certain Dutch boy returns. "If men like (Mark) Van Bommel and (Andre) Ooijer also return, it will get even more interesting. However, PSV have reportedly given up on trying to sign the Captain. They want him back and Mark is clearly pleased by this, but after the club has told everyone that there will be no players leaving, PSV are just lying in wait to see if they will get my favorite flying Dutchman back in their folds. I will not be able to express my glee if Mark re-signs with Bayern. If this does happen and a post shows up here that is complete jibberish and all capital letters, just know it translates to Angela is weepy with joy and picking her heart up off the floor since she was prepared for it to be shattered into a million pieces with his departure, but is now completely relieved and overcome with happiness that the Dutchman will be staying on. ;)

When it comes to Schweinsteiger, Juventus are keen to sign him and with them eligible to speak to him starting January 1, you can bet they will be first in line. Juventus have made it no secret that signing Schweinsteiger has become a priority. However, as much as Bayern insist they must keep Schweinsteiger, Real Madrid are also keen on him and Rummenigge has admitted that Bayern will be fighting a losing battle if Madrid want him as Bayern doesn't have the spending power that they do.

Speaking of Schweinsteiger, he has spoken about the match this weekend against Hoffenheim. "Hoffenheim have nothing to lose. If they win then all of Germany will be laughing at Bayern. If they get a point then the nation will grin. And if they lose then nothing will happen." Schweinsteiger went on to say that Bayern losing to Hoffenheim would make them the laughing stock and that Bayern would face much humiliation if they walk away with a loss.

And since we're speaking of Hoffenheim, I may as well mention that Beckenbauer has admitted that Bayern may try and make a bid for Hoffenheim's star striker, Vedad Ibisevic. Not at this particular moment, but in the near future. When speaking about Ibisevic, Beckenbauer had big words to say about him. "He is not only a good player on the counter-attack, but someone who is continually dangerous in the box. I can't think of any reason that he wouldn't keep scoring for Bayern. Quite the opposite in fact, he would have more chances to get a shot in. That has been our biggest problem, we have wasted too many chances."

Yeah, you can say that again Beckenbauer.